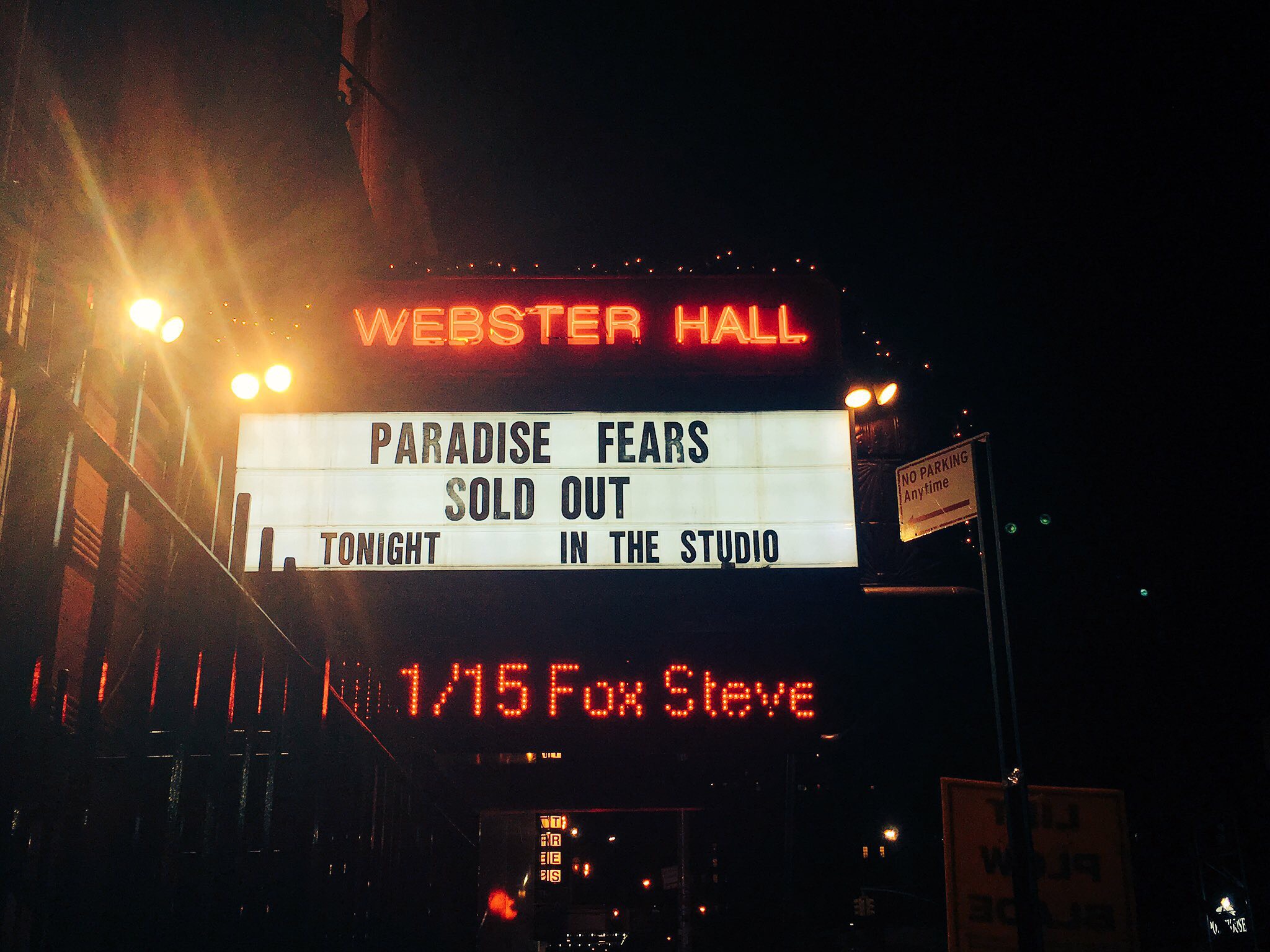 In the spring of 2011, I met a sweet blonde boy named Sam Miller who was trying to sell CDs to the line outside Best Buy Theatre in Times Square before an All Time Low show. Well, to be completely honest, my mom went to talk to him as my awkward 14-year-old self hid behind her. I didn’t realize that boy and the band he sang for would become so important to me. A few months later they opened for All Time Low’s fall tour and from then on I never missed a tour. Through the years they’ve formed their own identity with anthems of strength, love, and moving forward into battle. I felt like I was growing along with them!

Over time, each of the six boys started getting into other musical and non-musical ventures and the amount of shows they were playing seemed to gradually approach a total halt. I was scared I would never see this band ever again. They played a show for their new full length, Life In Real Time, at The Studio at Webster Hall at the beginning of January 2016. However, there weren’t more shows in 2016 because of how busy they all were with their other projects.

In October 2016 prayers were answered with a blog post saying that Paradise Fears will always be a band even if it isn’t the only thing they do. Whether it stays an annual tradition to do an appearance at the top of the year or occasionally make some new music in their spare time, it was good enough for me. I felt so relieved. I was seeing one of my favorite bands again! There were potential shows and new music in the future even if it was slow, and I needed to know that.

At the show there were so many excited shouts of “Oh my god! Hi! I haven’t seen you in forever! How are you? How have you been? What are you up to?” all from familiar faces. Paradise Fears shows are home to so many people and it’s been 367 days since the fans had seen each other last. People were homesick and finally felt as though they were reunited.

The band announced that it was going to be a long night with a jam-packed 20 song set. I was so happy to be dancing to these songs again. They played songs from different eras of their catalog spanning back to 2010. Along with pop songs about love and longing, they decided to throw things back to the days where they wanted to be a real pop-punk band. Sam joked that they didn’t continue the pop-punk dream because he didn’t have the physique to jump around like that even though he does a lot of jumping in general. I never thought I could go that hard to ‘Advice’. Whether it was one of the slowed down songs, or one of the really fast ones – the energy was something else. The Studio is an intimate room in itself, but their presence on stage could draw you in from wherever. Keys player, Michael Walker, was on his honeymoon in Hawaii so he unfortunately was not on stage with the rest of them but he recorded fresh live parts to be played on stage. Even the recordings sounded raw and added so much to these songs. It was a hot room but I had chills the entire night, even during ‘Ignition (Remix)’.

My all time favorite part of Paradise Fears shows is how the crowd can scream-chant in perfect unison to these songs, whether it’s the chorus of ‘Fought for Me,’ or the speech of ‘Sanctuary,’ preaching acceptance and dreams. When they walked off stage, I was standing there wide-eyed with tears streaming down my face and a newly sore throat. I felt alive.

Since these early January shows seem to have started a tradition, Sam asked who would come back January 3, 2018. It was an overwhelming response from all 400 people in the room and I’m sure they all meant it. I hope a year from now I’ll be writing about that show.