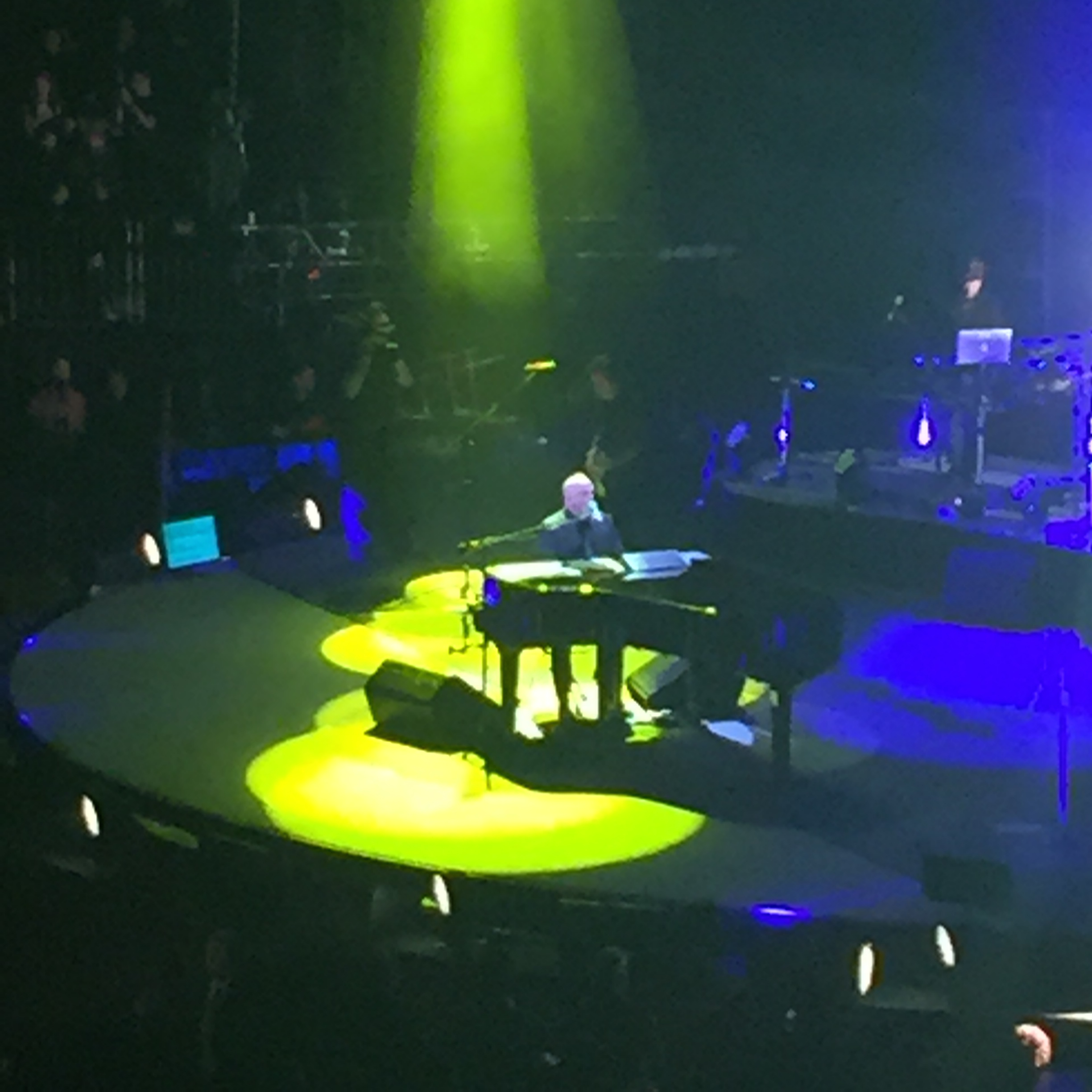 When I arrived at Madison Square Garden for Billy Joel’s concert on January 8th, 2017, the place was jam packed with excited fans. Many seemed to be hardcore, longtime fans of Joel. I even overheard a conversation where a man said he rarely misses a Billy Joel show at The Garden. Considering the length of the singer’s residency at the world famous venue, that’s pretty impressive to hardly miss a show! Now, after seeing Billy Joel before my very eyes I understand why someone would want to see him every single month.

In my case, I accompanied my father who is not necessarily one of those people who attends every Billy Joel show, but who has remained a loyal fan over the years. For what seemed like forever my dad had been bugging me about going to his show, insisting that we coordinate our schedules and agree on which month we should see the piano man himself. We agreed on January, and I’m so glad we did!

The energy throughout the arena was like no other concert I’ve been to before. The crowd was full of people like my dad, whose lives played out to the songs of Billy Joel. The crowd was also full of people like me, who were egged on by their parents to attend the show but found themselves in awe at the legend on the stage before them. Perhaps we were all just shocked at how much of the music we actually knew!

Billy opened up with ‘Miami 2017’ and played a tremendous amount of his greatest hits, including “Movin’ Out,” “Piano Man,” “Only The Good Die Young,” and New York’s favorite, “New York State of Mind,” among many others. While musically gifted, Billy Joel’s other talent is knowing exactly what the audience wants to hear. This was obvious from the thousands of smiles plastered on the faces of the entire audience.