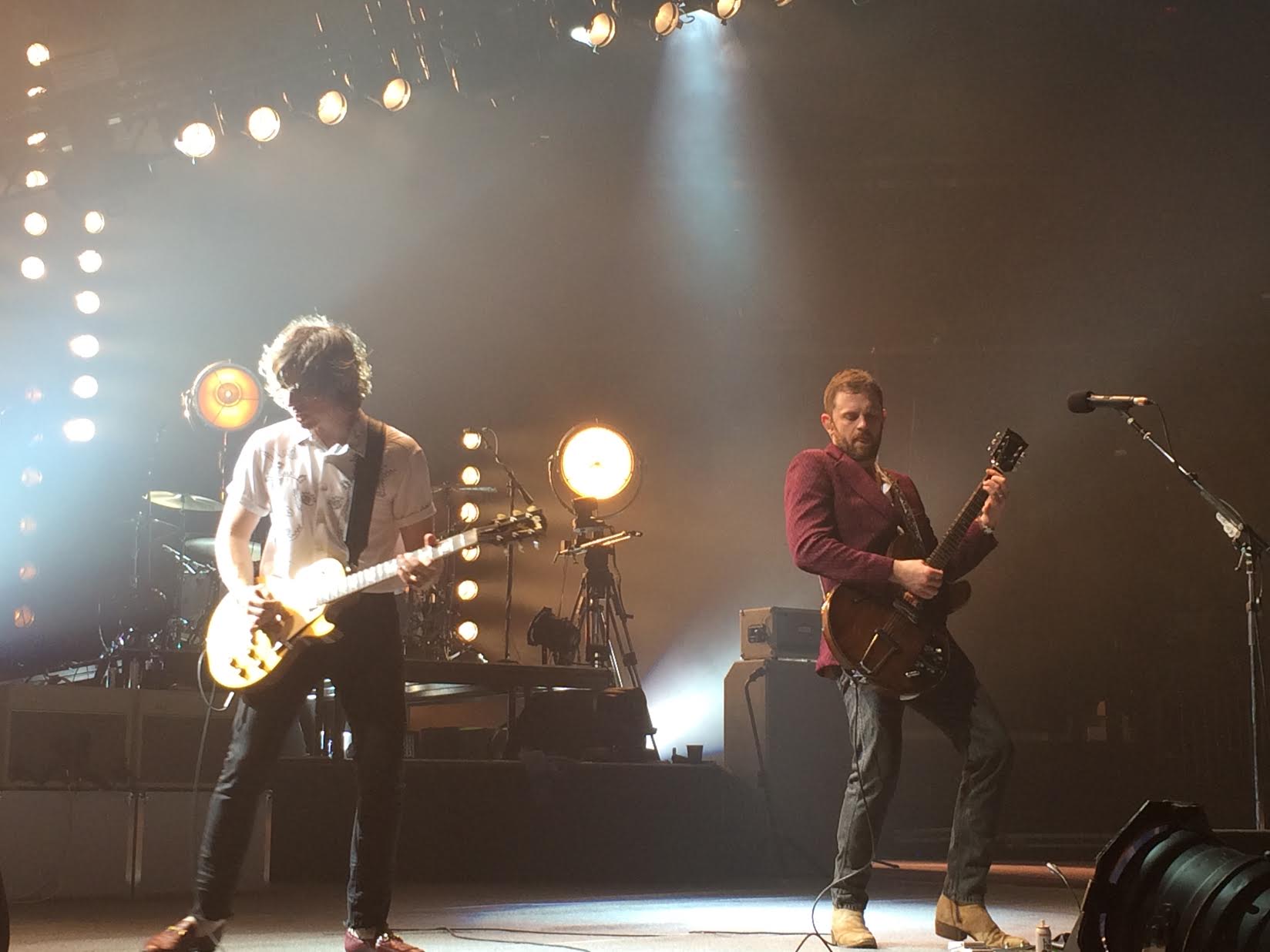 Kings of Leon make music for last nights in warm places with friends you don’t know when you’ll see again. They’re the soundtrack to the last beer you don’t remember cracking, raising, and spilling down the front of your rag & bone button-down. And like Matt Damon in Saving Private Ryan, this band of brothers (and cousin) is more storied for being MIA than they are in boot and bolo.

Leery is the fan of Followill who has heard more stories about Caleb going backstage to vomit, drink a beer and subsequently pushing the band into a come to Jesus hiatus, or Jared getting drenched in seagull shit and calling it a night. Multiple tours have met early demises, leaving a good chunk of their fanbase wondering if they’d ever catch them outside of Spotify. So as drummer/emotional backbone of the band, Nathan Followill, announced that he had bronchitis the morning of their MSG gig, a resounding “not again” crept across Manhattan. Seconds into “The End,” those doubts were gone.

The Kings tend to take the scenic route with their setlists, warming up with a slow ride through one of Caleb’s more reflective nights and gassing it once they’ve hit the highway. Starting off with the opener from the melancholic postcard that is Come Around Sundown and immediately ripping into “Slow Night, So Long” off Aha Shake Heartbreak and “McFearless” from Because of the Times, it was obvious that despite this being the WALLS tour, this show was for the culture.

Seamlessly traversing a behemoth 26-song setlist, Kings of Leon gave us two hours worth of everything they had. The night found itself in three phases, the first of which being a career spanning, 10 song jaunt with nothing more than mood lighting and a Broadway red curtain behind them. Hell, they ended Act I with “Sex on Fire,” more or less proclaiming that their biggest song is far from what defines them.

The middle act, a somber, familial cipher, found the Followills shoulder-to-shoulder, stripping down “The Runner” and “Comeback Story” to their most vulnerable forms before leaving Caleb to close it out with a solo strum-through of the eponymous track off their latest release. It was an honest, special moment from a man known more for his gallivanting than his tenderness.

As “Walls” came to a close, the curtain rose behind the Kings frontman, revealing the rest of the Followills and the all-in arena theatrics they had up their sleeves for the past hour. Comprised of 13 songs almost exclusively from their last three albums, the final act was a proper rock show, complete with five hanging LED screens, curated visuals, and a massive, crown-like stage.

Playing with purpose and the unmistakable glimmer of joy, Kings of Leon bounced through the last (and longest) leg of their set, watching an entire arena belt out the “woah ohs” to the penultimate “Use Somebody” and dance like misfits to the dangerously upbeat “Around the World.”

There were no breaks, there were no encores; there was just Followill. A band renewed in the world’s foremost arena filled with best friends and lovers for the night.

And don’t think it’s lost on us that the next two tour dates were promptly postponed after Nathan fell further into a bout with pneumonia.