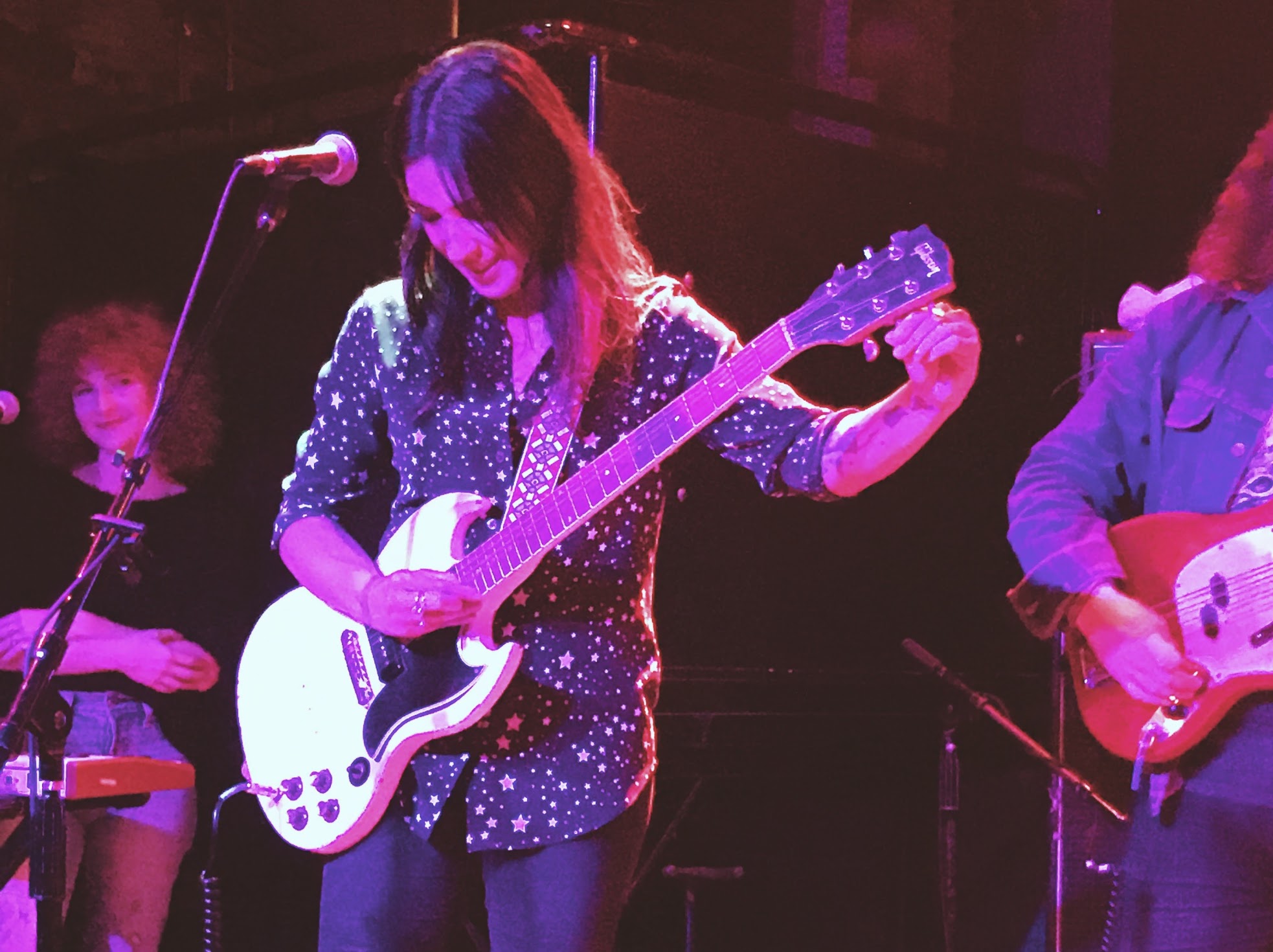 On Wednesday, January 25, a massive crowd huddled into The Bowery Electric for an intimate showcase of Michelle Branch’s new album, Hopeless Romantic. It’s been 14 years since Branch released a solo album and her comeback could not have come at a more perfect time. With everything happening in our country right now, she provided a feeling of nostalgia and a brief, but much-needed escape.

Branch was joined onstage by Alaina Moore and Patrick Riley, core members of synthpop duo Tennis. Jake Blanton who finished touring with The Killers, accompanied on the bass. Drums were contributed by the album’s producer and prolific drummer Patrick Carney. Carney is best known for being a member of The Black Keys.

Seeing Michelle Branch was like seeing that friend you haven’t spoken to in years, who you don’t skip a beat with when you finally reunite. The album was warm and inviting, like the artist herself. Visibly humbled by the turnout, she graciously invited the entire crowd to one of her favorite bars, Cabin Down Below for drinks and conversation after the show. She also reassured the audience that after she was finished playing Side A to the new record, that we would have our big karaoke moment. The ten year old inside of me lost it a little as she ended the set with the undeniable classic, “Are You Happy Now?” off of her 2003 LP, Hotel Paper. For any Michelle Branch fans out there, she promised to come back soon, to a larger venue and play all her old hits. You bet your ass I’ll be in attendance that night.

Branch also took a moment to point out one of her lyrics, reminding us that it’s an important phrase to remember, especially in this administration, “you can’t help who you love.”

Hopeless Romantic will be released in April 2017 via Verve.