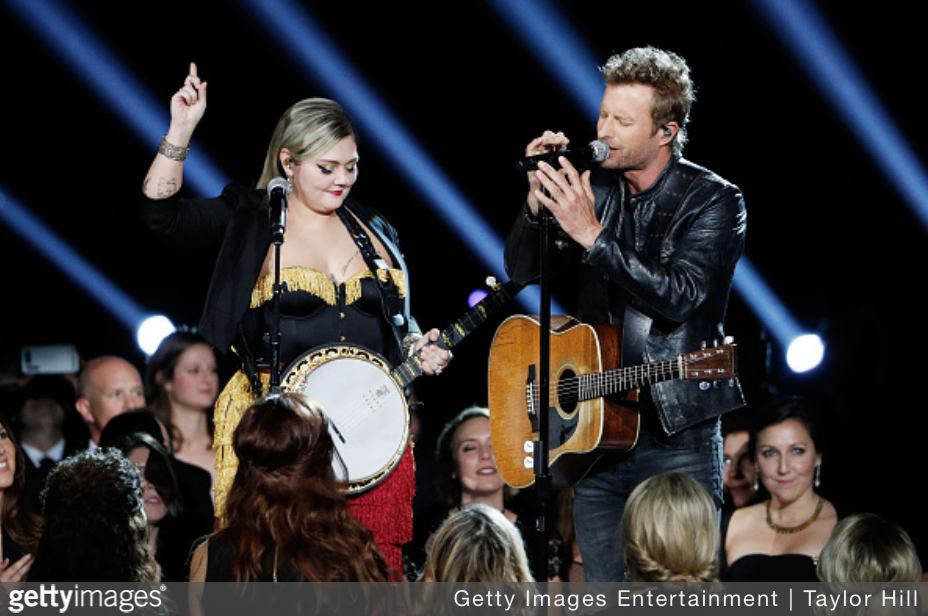 Good news for all music lovers! It’s just about that time of year again. The Grammy Awards are just around the corner, airing on February 12th. As someone who is slightly (read: excessively) obsessed with country music, I’m going to fill you in on a little bit of the Grammy buzz that’s floating around in the country music community.

Last year was jam packed with tons of country hits, some that in my opinion are the best that the country music scene has heard in years, making 2016 a great year for country music. Some of the best-selling country hits of the past year came from our favorite musicians like Carrie Underwood (Church Bells), Florida Georgia Line (H.O.L.Y) and Miranda Lambert (Vice). But what I think made 2016 such a great year for country music are the stand-alone duets you can only get from country music. What made last year’s country duets unlike any other years duets are the featured artists from other genres, making the ‘Best Country Duo / Group Performance’ perhaps the most anticipated award of the night for the country music community.

This year’s nominees include 21 Summer by Brothers Osborne, Different for Girls by Dierks Bentley with Elle King, Setting the World on Fire by Kenny Chesney with Pink, Think of You by Chris Young with Cassadee Pope and finally Jolene by Pentatonix with Dolly Parton. All of these tracks have received an unbelievable but well-earned amount of airplay on country radio because of their unique genre crossovers.

Pentatonix have left their mark on 2016 and their most unexpected move was a duet with Dolly Parton that put a spunky twist on what is probably the most successful single of Dolly’s entire career, Jolene. Dierks Bentley teamed up with Elle King for Different for Girls, a track that paints the difference in how guys and girls deal with heartbreak and (watch out fellow nominees) won a CMA for Musical Event of the Year. 21 Summer by Brothers Osborne is a nostalgic retelling of a past summer love and an awesome song but left many country music fans wondering how they snagged a nomination, as this track isn’t on the same level as the other nominees. It seems like they needed to fill a fifth spot and were hell bent on not nominating Brad Paisley and Demi Lovato for the forgettable Without a Fight (side note: super thankful that’s not a thing).

Kenny Chesney and Pink are another unexpected but warmly welcomed duo in Setting the World on Fire. Seriously, who would have ever thought that would work? Please give us more. The best way to get to my heart is through nostalgia, summer songs and country music, so if you’ve heard even 30 seconds of this track you’d be right to guess that this song was on heavy rotation for me when it started getting airplay this summer. Finally, Chris Young and Cassadee Pope give the rest of the nominees a run for their money with the number one song Think of You. What makes this track different from the other nominees is that people that don’t even listen to country music know and love this song. Bonus: I’m not speaking from experience but something about this song gets drunk people going, and by that I mean me on half of a mixed drink.

While all of these songs are incredibly unique and deserving of this award, I think it’s going to be a close call between Dierks Bentley and Elle King’s Different for Girls and Chris Young and Cassadee Pope’s Think of You. I’m already feeling stressed thinking about who’s going to win. Please keep me in your thoughts as they take way too long to announce the winner, because I’m going to be as equally ecstatic and disappointed no matter who they call up. Unless it’s Brothers Osborne. Then I’ll just be in shock. Enough from me! Who do you think will take the Grammy home?

2 thoughts on “Who Will Take Home Best Country Duo/Group Performance at the Grammy’s?”