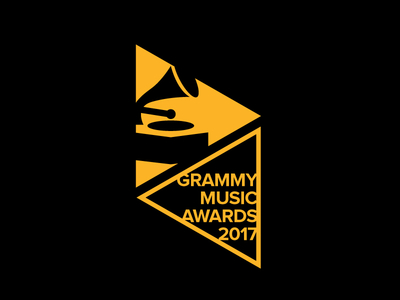 The 59th Annual GRAMMY awards are quickly approaching and rivalries between nominees are heating up. Let’s take a look at some duos that are nominated against each other. These are sure to be the ones to watch.

Adele and Beyoncé are arguably the biggest names in music. Both artists had huge releases this year, Adele with 25 and Beyoncé with Lemonade. Album sales were insane and earned unprecedented success. Up against each other for Record of the Year, Album of the Year, Song of the Year, and Best Pop Solo Performance, these female singers are the two front-runners in these categories. From years past, Adele has earned 10 Grammys and Beyoncé has earned an impressive 20. The two are definitely top contenders for all the awards they are nominated for.

Nominated for Best Pop Solo Performance, Justin Bieber’s ‘Love Yourself’ and Ariana Grande’s ‘Dangerous Woman’ are two big contenders. In a category featuring both Adele and Beyoncé, these two pop sensations are sure to make an impact. Grande has never won a Grammy, but at last year’s telecast, Bieber won Best Dance Recording for ‘Where Are Ü Now’. Both Grande’s and Bieber’s songs have had great success and radio play throughout the year making them viable winners.

Two female country singers are battling for the Grammy for Best New Artist. Kelsea Ballerini and Maren Morris have made waves in country music as talented and powerful women. This is Ballerini’s only nomination, whereas Morris is also nominated for Best Country Album, Best Country Song, and Best Country Solo Performance. Both artists have made impressive accomplishments in their short careers. Kelsea Ballerini was the first woman to top Billboard’s hot country songs and country airplay charts at the same time. Maren Morris already has won best new artist at the CMA Awards this past year. The Grammy award will go to either one of these women or go in a completely different direction.

Arguably two of the biggest songs this year were ‘Work’ by Rihanna ft. Drake and ‘Cheap Thrills’ by Sia ft. Sean Paul. The two artists are nominated for Best Pop Duo/ Group Performance. They have done insanely well in both sales and radio play. Despite never winning a Grammy, Sia is a prominent contender for this category. Rihanna is no stranger to the Grammys, having already won 8 awards in past years. It will be interesting to see which duo takes home the award.

So who do you think has the upper hand in these categories? Tune in on February 12 to find out, when the Grammys are televised live from Los Angeles, 8/7c, on CBS!