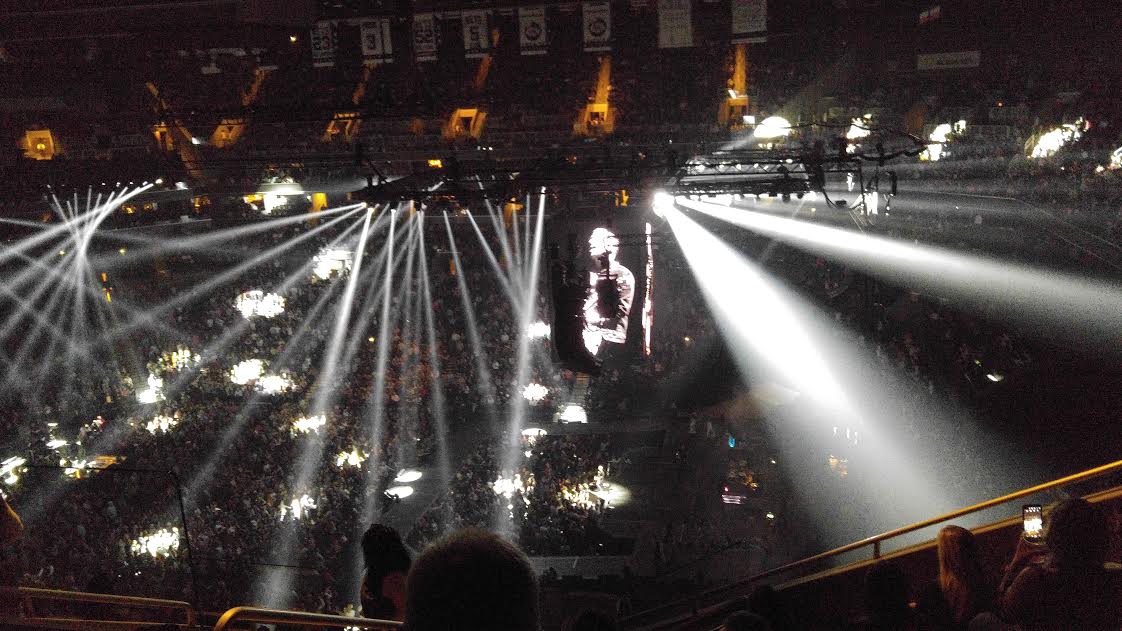 “Holdin’ my own” was a loaded statement for sure on the night Eric Church played to a packed crowd in Brooklyn.

Still, I’m in disbelief that I finally got to see him live after being a fan of his music for years. There’s something about artists that write their own songs. The music just sounds better! Eric started right off with a fantastic rendition of ‘Hallelujah’ and caught everyone’s attention without having stepped foot on stage in the pitch dark.

With sunglasses on, he stepped onto the stage. The crowd went wild, and while it sounds cliché, I’m not wrong. This man performed almost into the next day. If you left the Barclays Center disappointed, that’s your own fault. I have been to many concerts and never have I watched one person perform 2 sets with a 20 minute “halftime” in between. Incredible.

In addition to the performance, the lighting and production of the show was more than impressive. Everything was perfect. I sat directly to the side of the stage up in section 205 and I had a great view. Eric didn’t just perform for the fans in the front, but for everyone in the arena. Due to his stage construction, he was able to send us all a little love and a thank you up to the nosebleeds.

Eric, please come back and play MSG! You sold out in Brooklyn. You can sell out in Manhattan too! We will have mixed drinks about feelings and smoke a little smoke. Thank you for one hell of a night!