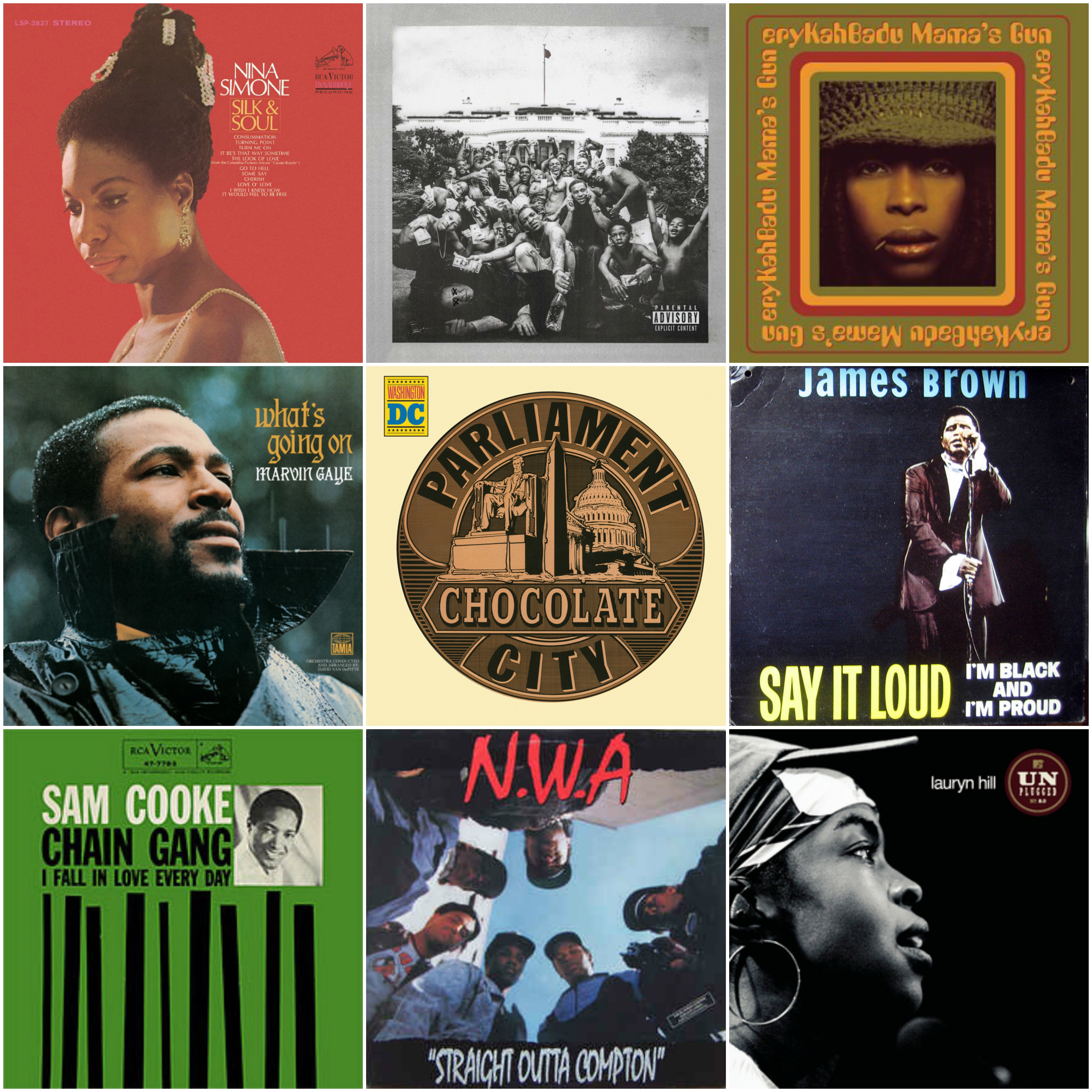 February is a month of all kinds of long-standing traditions. There’s Groundhog Day, there’s Valentine’s Day, but the most enriching and enlightening tradition of all is Black History Month, an entire month designated to celebrate the history of black people and their culture. Black History Month and black culture in general is a topic that seems to touch a nerve (in the 21st century, and centuries before). This is the time of year when the public school systems incorporate the teachings of black leaders into the curriculum. Whether it be Martin Luther King, Jr. and his unforgettable dream, Rosa Parks and her refusal to give up a seat to a white man just because she was a black woman; and countless other pioneers who paved the way and forged the Civil Rights Movement.

With the state of a country that has seemed to be the most divisive it’s been in a while, I have curated a playlist in honor of Black History Month – a month that originally started out as a week in 1926 when Dr. Carter G. Woodson declared that the second week in February was to be observed as “Negro History Week.”

The Civil Rights Movement was a movement that championed for the rights of Black Americans to be treated fairly in a country that once demoralized their humanity and treated them as mere animals rather than humans. They were the white man’s property and if any of them had the audacity to think otherwise and try to escape they would face punishments as brutal as death. It makes one wonder: how did these people stay strong and keep their spirits intact living in such dire circumstances? There were many methods that folks used to keep their spirits lifted in hard times, but a special one was music. Music has been a constant in helping people subdue their woes. It was no different for the slaves on the plantation who hummed hymns and sang spirituals to keep their spirits lifted. From the cotton fields to the songs of the chain gangs that occupied the inside of prison walls, music has remained  a source of comfort and joy and helping people sustain. So much of the music we listen to today has origins that stem from music created by black people. Don’t believe me? Ask Bruno Mars, who recently credited black music for giving today’s music “swag” in the latest issue of Latina Magazine.

Musicians have a long history of using their art as a form of self-expression reflecting the times. Art, I’ve heard, is said to “comfort the disturbed and disturb the comforted.” Writer James Baldwin, a catalyst in Black history whose words are most recently featured in the film “I Am Not Your Negro,” famously said that “artists are here to disturb the peace.” This playlist, a compilation of songs by black artists, is poignant,  political, and unabashedly BLACK. Curated with the intent to chronicle the challenges of being Black in America. The records in this playlist are raw, vulnerable, emotional, and  above all insightful. I hope you all enjoy.