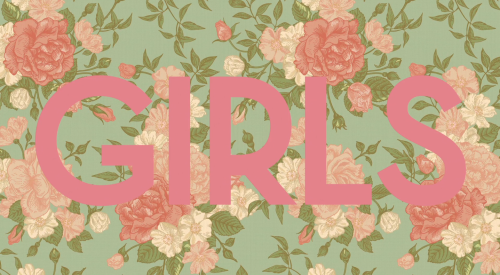 Girls is notorious for many reasons: it’s the show that everybody loves to hate (and hate-watch). It’s no secret that the show has faced an abundance of criticism since it premiered in 2012: the cast lacks diversity, certain sex scenes border on offensive and each character is truly insufferable in their own special way. Vulture graciously posted a “Complete Controversy Timeline” of outrage directed at the show in honor of it’s final season. That being said, I’ll be sad to see Girls go. The cleverness lies in Lena Dunham’s ability to make fun of both herself and “millennial” culture. The show accurately depicts how trying your early twenties can be. It touches on the tough decisions that will come your way and the consequences of those decisions. It sheds a light on the way a lover can break your heart, but how a friendship can too; and of course – the shit that is entirely out of your control. In my eyes, Girls is a success.

The one aspect of the show I’ve heard virtually zero complaints about is the soundtrack. Music Supervisor Manish Raval and his team’s formula for success is rooted in not sticking to one genre or decade. They have a keen understanding of what the proper moment for pop music is (Jenny Slate and Lena smoking joints and dancing around the room to “Feelin’ Myself”). They also know the right time to create their own music moments by having artists like Ellie Goulding compose original songs for the soundtrack. Ironically, right before David Bowie passed away, they had Norwegian singer-songwriter AURORA cover “Life on Mars,” and that made for one of the show’s most powerful moments. Most importantly, Girls takes modern situations and throws classic artists into the mix. Whether it be Brenda Lee, Patsy Cline or Frankie Valli (cut to Jessa and Adam lying naked in the wreckage of their apartment post-sex and explosive argument), the song choices speak to the timelessness of both the music and the scenarios the characters are enduring.

‘All I Ever Wanted,’ the first episode of the final season aired on February 12. A portion of the episode was set in Montauk and my heart began to swell as I realized they were using George Harrison’s “My Sweet Lord” to soundtrack a sweet and silly moment on the beach between Dunham’s character and guest star Riz Ahmed. The Girls soundtrack, much like the show itself, has made my jaw drop many times. It’s made me cry, smile and laugh (please refer to Allison Williams’ very uncomfortable cover of Kanye West’s ‘Stronger’). But all good things must come to an end. So, without further adieu, here is a playlist of my favorite twenty songs ever used on Girls, a show that will stick with me long after it ends.

One thought on “Saying Goodbye to HBO’s Girls: A Playlist”