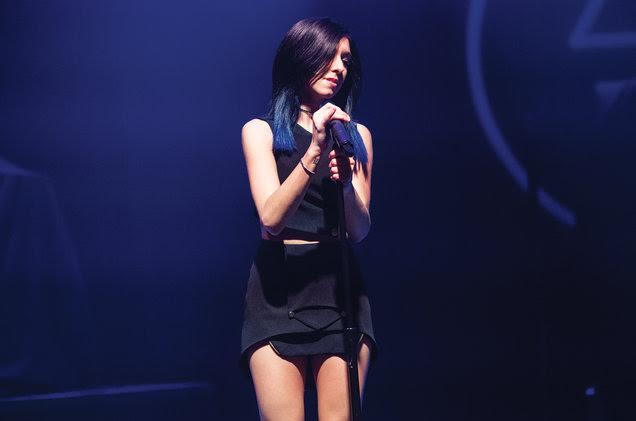 Eight months ago during a meet and greet in Orlando, a seemingly nervous fan approached Christina Grimmie and pulled out a black 9mm handgun shooting her three times at point-blank range just as she opened her arms to hug him. After Christina’s brother, Marcus Grimmie, tackled her murderer he pulled out another handgun and shot himself in the head.

I remember the exact moment I found out Christina had been killed. It was 5:30 in the morning and I was getting ready for work, a mere 20 minutes from the scene of the crime, when I opened Twitter and noticed that #RIPChristina was trending. I clicked on the tag not knowing which Christina had passed away while I was sleeping only to feel my stomach churn when a picture of the YouTube star and The Voice contestant popped up. Like the rest of the the world, I was shocked by the 22-year-old’s sudden, tragic and violent death. But then the Pulse shooting happened 24 hours later. And then a few days later a two-year-old boy drowned in a lagoon at Disney’s Grand Floridian Resort after being pulled into the water by an alligator. Needless to say those of us in the Orlando community had a rough week, and unfortunately the country seemed to forget about Christina.

To the dismay of Team Grimmie (Christina’s name for her fan-base) this trend seemed to continue. For the remainder of 2016, award show after award show exploited the singer’s death to raise viewership, and then failed to include her in their memoriam montages. As a public relations student, this is the exact kind of PR crap that makes me embarrassed to be part of this field. The worst offender is hands down the Teen Choice Awards. The month following her death, the award show announced Christina as a nominee for their Choice Music Web Star and pumped tweet after tweet asking fans to tweet back their votes and tune in to the premiere to find out if she won. Not only did the show fail to air the announcement of this award category, but they left her out of a special segment where they honored the fallen victims of gun violence.

This past Sunday, the Grammys hinted that Christina would be featured in their In Memoriam tribute in a blog post leading her family, friends and fans to sit through a more than three-hour-long show just to feel disappointment sink in when not even a photo of her was flashed in the tribute. After a speech was given during the program calling on the government to protect artists in the music industry, fans were up in arms calling out the Recording Academy on their hypocrisy through tweets for failing to honor Christina, someone in the industry who was fatally harmed because a concert venue failed to uphold their own security protocols.

While I’m just as disgusted as the next fan that Christina has continuously been exploited for viewership and then snubbed of any recognition or airtime, there’s one thing the world needs to know. Christina worked tirelessly to create music that would have an impact on people and she did it gracefully. Watch any of the videos on her YouTube channel, read any of her social media posts and talk to anyone that’s met her and you’ll see what made her such a unique individual that stood out in an industry that picks up whatever sounds mainstream and will cash in for the big guy.

There are bigger things happening for her legacy that we all need to celebrate and spread like wildfire. Just a day after the Grammys failed to honor Christina, her family announced that her dream of being signed to a major record label has just come true. Universal Music Group will be distributing the remaining catalogue of Christina’s music through Republic Records, with her first posthumous single “Invisible” being released this Friday.

But where are the articles from all the media outlets picking up the story of her murder, her family’s lawsuit with The Plaza Live and being snubbed of a tribute when the news of her recording contract and single was announced? Spoiler alert: there are none because there’s nothing dramatic or sleazy about this news. It’s up to her fans, family and friends to promote all of the incredible things to come for Christina’s legacy.

Christina’s value and worth as an individual and a musician can’t and won’t be defined by the failure of these award shows and anyone else that fails to recognize her. While she may not physically be here anymore, her friends and family have assured us that this is not the end. The best of Christina’s craft has yet to come and after this year there will be no denying her of the recognition she’s earned and deserved.