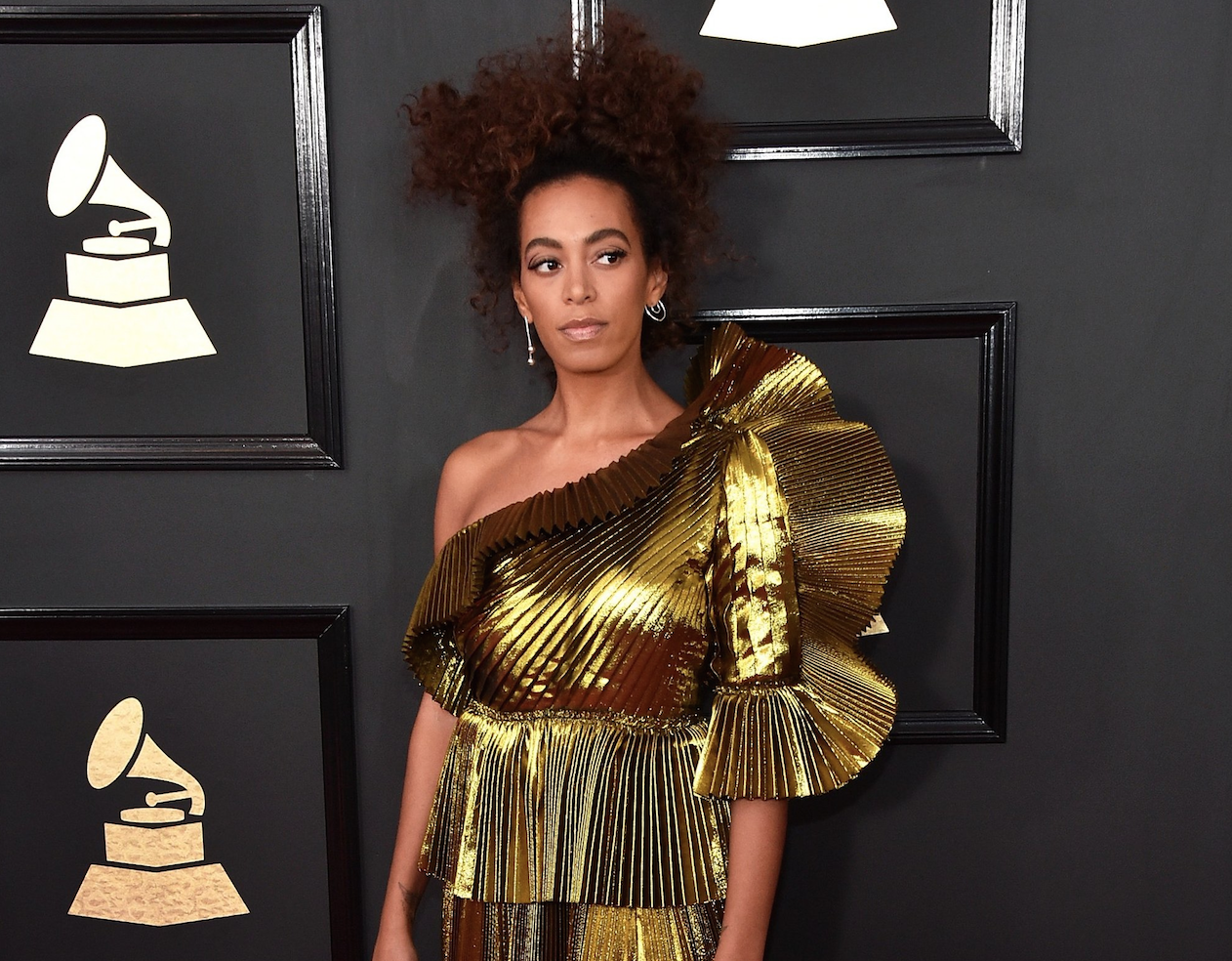 Solange wore a sculptural gold Gucci gown reminiscent of the yellow David Laport dress she wore to the 2016 Met Gala. If Beyoncé is the prom queen, Solange is her quiet, poetry-reading, art-class-taking sister who is secretly the cool one.

Taraji P. Henson had one of the funnest looks of the night in a short lavender satin Marc Jacobs dress with ruffle shoulders and spacey embellishments, a nod to her latest film “Hidden Figures.”

Laverne Cox was classically elegant, yet sexy and edgy in a one-shoulder leather-look dress by designer Bryan Hearns. The almost armpit-high slits on the dress are fastened together with thin, sparkly straps.

Honorable mentions go to Mya and Sophie Beem. Both made the case for pants with Mya in a red silk suit and Beem in a white leafy jumpsuit.

Rick Ross and 2 Chainz were the best-dressed men of the night, with Rick Ross in a knee-length textured jacket and 2 Chainz in a navy suit and elephant loafers.

A major theme of this year’s Grammy’s red carpet was “nobody ‘celebrities’ dressing badly to get attention.” I had to Google almost every person I considered for my worst dressed list (except for CeeLo Green). This included that girl in a “Make America Great Again” dress, who, as tragic as it was, I have chosen not to include because I don’t want to give her attention, and I can’t remember her name.  *Mariah Carey voice* “I don’t know her.”

One of these ridiculous looks was served by Girl Crush in the form of a skirt covered in colored balls and a pink bra top. This reminds me of elementary school Halloween parties when someone would dress as a gumball machine by filling a clear trash bag with balloons, or just Katy Perry and Nicki Minaj in 2010.

“Ex’s and Oh’s” singer Elle King attempted some kind of fairy-princess look in a pale pink floral appliqué gown and flower crown. To be fair, he dress isn’t awful; this look could have been saved if she lost the flower crown, which adds an element of “Coachella 2012.”

Tori Kelly’s look was the opposite of most of the Grammy’s worst looks, because it was just so damn boring. Her ruffled green dress, gold accessories and side-swept waves were more wine mom at a beach wedding than red carpet.