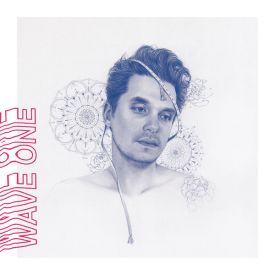 The late Maya Angelou once said, “At the end of the day people won’t remember what you said or did, they will remember how you made them feel.” The Search For Everything – Wave One, John Mayer’s new EP and first installment of his upcoming (or, ongoing) album solidifies Angelou’s assertion through four ambient tracks. Each track features Mayer describing the phases of a trying breakup, one feeling at a time. When the final track plays it’s finishing note, I’m left remembering not a verse or chord, but the entire history of my romantic relationships dating back to middle school: how they went wrong, how I felt when they ended, and how I feel about them today.

Wave One’s first track, “Moving On and Getting Over”, opens the EP with a very light, wavy feel as Mayer wistfully singing to his past lover. He describes a feeling all too familiar to freshly separated lovebirds with lines like, “tell me I can have the fact you’ve loved me to hold onto” and “I’m one text away from being back again.” Anyone who has ever loved and lost has fallen asleep with those thoughts racing through their minds. The next two songs, “Changing” and “Love on the Weekend” are an ode to the rebound phase of a breakup while the final track, “You’re Gonna Live Forever in Me” features Mayer at his best as he laments over his love for the mystery woman in his patented soft, vulnerable tone. The same tone that made Continuum a smash hit.

Mayer played it safe with Wave One. “Love on the Weekend” was made for mainstream radio and the other three songs, while emotionally charged, lacked the “it” factor of hits like “Gravity” and “Waiting on the World to Change”. It is difficult and unfair to form an unfavorable opinion of The Search for Everything based on just a taste of the album, so we’ll have to wait and see what Wave Two and the rest of the record have in store before jumping to conclusions on John Mayer’s new music.