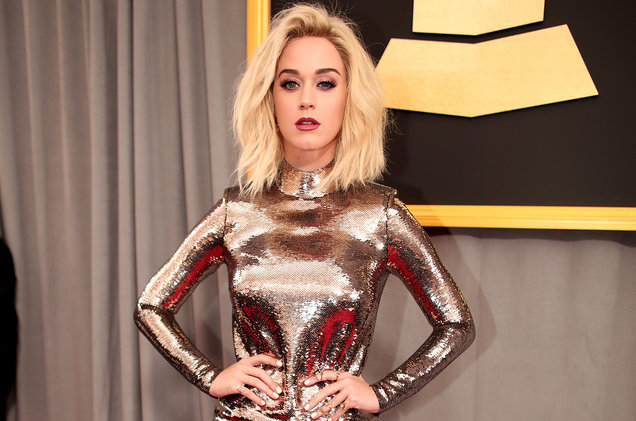 Ten years ago Britney Spears suffered one of the worst public celebrity mental breakdowns in history. There are many things that are still kept hidden about the situation and what exactly happened behind closed doors, but when it comes down to it, all we know is that it was a really messy time in Britney’s life.

In late 2006/early 2007 Spears filed for divorce from Kevin Federline, partied out of control, dated a paparazzo (let’s be real, is dating a paparazzo when you’re the world’s biggest pop star the smartest idea? Probably not!), and was consistently drunk around her babies. She even shaved her head! There were many more incidents that occurred during that dark time, and many people LOVED making jokes about it. SHOCKER: they still do!

On the red carpet at this year’s Grammys, a possible jab was made toward Britney’s public mental breakdown all those years ago. I’m not one to believe rumors, whether they’re from my personal life or the entertainment world, but this one seemed pretty accurate. Katy Perry made it known that she took a break between albums to work on her mental health, which is GREAT! I don’t think anyone would disagree that it’s so important to keep your stresses and anxieties in check. I personally can’t imagine a life as busy as Katy’s, so it’s a really wonderful thing that she’s devoted some time to her own mental wellness.

The reason why I bring Katy and her comment up is because she didn’t just stop by saying she was working on herself. Instead, she carried on by saying that her break went well because she didn’t “shave her head yet.” Sure, I don’t think Katy truly meant to throw jabs at Britney and be mean, but was it necessary? In my opinion: definitely not. Anyone who heard those comments knew she was alluding to Britney’s head-shaving incident because the media has had a field day with it 10 years and counting!

Like I said earlier, it’s been over a decade since Britney Spears suffered her mental breakdown. In those ten years she has done the following: released four albums, gone on two tours, played countless award shows, headlined a longstanding Las Vegas residency, donated countless dollars to charities, released more perfume products (she’s past 20 now!) and was an X Factor judge. That’s just to name a few of the many endeavors she has taken on since the world watched her crumble.

Right now it’s 2017 and mental health jokes, whether they’re big or small, are still being tossed around as if they’re nothing. Aside from the fact that these jokes are simply not funny, women should not be pitting themselves against one another. We’re all in this together!