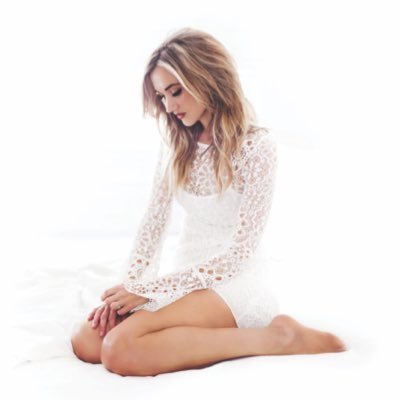 Earlier this year I said 2017 was going to be THE year for female country artists to rise up. It’s only nearing the beginning of March and I’ve already been proven right by Lauren Alaina and her sophomore release Road Less Traveled and now by Sarah Darling’s Dream Country.

Dream Country, a follow up to her 2012 Home To Me EP, was released on February 10th and is her first release since breaking away from her record label. The tracks that make up the album are the product of Sarah’s artistic and musical journey as an independent artist and stand alone from any country album that I’ve heard before. The Nashville-based singer-songwriter has seemingly created her own genre of  country music, blending it with Americana and contemporary pop and it sounds like a dream come true. No pun intended!

Sarah opens the album with the smoothest of vocals on “Wandering Star”, a hopeful track about getting lost and then getting found after wishing on a wandering star, which you realize after listening to the entire album is exactly what Dream Country is all about. The album continues with “Anchor” as one of the sweeter songs on the album where she sings  “I don’t know where I would be / Baby ship wrecked out at sea / In a world that’s always spinning me / You’re my anchor”.  The stripped down acoustic sound mixed with Sarah’s dreamy vocals on this track is sure to make “Anchor” the country music scene’s next big wedding hit.

“Tell That Devil” is the most exciting track on the album, and I’m assuming she wrote it after she figured out where her ex-lover came from. Opening with just raw electric guitar, Sarah sneaks up and rips into the track singing “Sweet shot of kerosene / When I threw it back it poisoned me / I gave you all I’ve got to give / I know that ain’t no way to live / I told that devil to take you back”. The lyrics in this song are pretty vicious, but I absolutely love them and don’t blame her at all. Dream Country continues with a cover of The Smith’s “Please, Please, Please Let Me Get What I Want”. The original version of this song has left such a bad taste in my mouth. Every time I hear Morrissey whining and begging to get what he wants I roll my eyes so hard every hipster in a three-mile vicinity can feel it. Sarah has stripped it down into a beautiful ballad that made me fall in love with the song and I still have it playing on a non-stop loop.

After Sarah’s amazing The Smith’s cover, Dream Country transitions effortlessly back into what the album is all about with “Starry Eyes’” opening lyrics “Hey, wildflower / When you start growing old / I hope the world doesn’t turn you cold / All your colors don’t have to fade”. Sarah takes us on a journey through this album, vulnerably lying her hopes and dreams bare for us to hear and the best part is she doesn’t need an over-done and dramatic production to do it. To prove that, she closes the album with “Stargazer”, a track that ties together the entirety of Dream Country. With lyrics like “Go on stargazer / I know how much it hurts / But you are free now / So pick your universe,” the song seems to play out like a letter to the singer’s younger self, urging her to seek more out of life independently.

This album successfully tells a story from start to finish. Dream Country is sonically cohesive, each song strategically arranged to create this musical voyage. Instead of listening to a track here or there, I encourage you to listen to the album in its entirety. Experience Sarah’s unique style and learn about her journey through her lyrics.

Long before the lyrical masterpiece of Dream Country, Sarah opened for country music superstars Carrie Underwood and Kacey Musgraves. She also had two number one videos on CMT and performed on Conan O’Brien and Fox & Friends. The Dream Country era is going to be a huge turning point in Sarah’s career and we can’t wait to watch it all unfold!