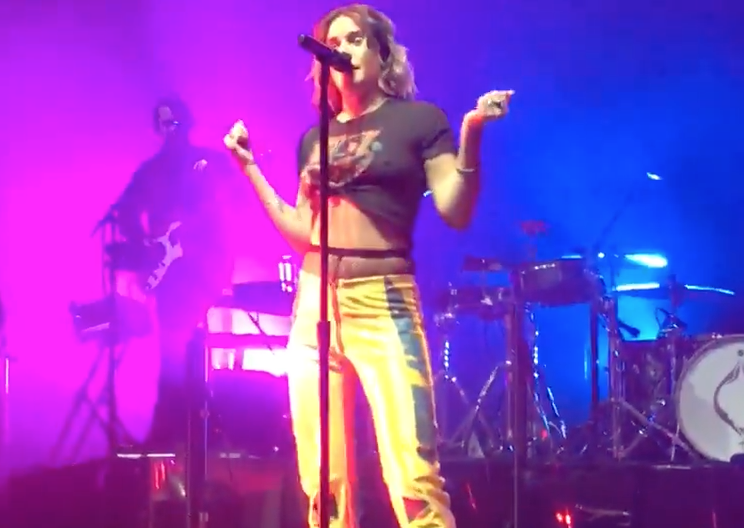 After listening to her music for three years, on Wednesday February 22, 2017 I finally had the chance to see Tove Lo perform live. I had zero expectations for her live show because I always prefer to be surprised when I see an artist perform for the first time. Fresh out of school and straight off the Long Island Rail Road, I went directly to Hammerstein Ballroom. When I arrived at around 3:00 P.M., my friend Juno was already waiting in line for me. At around 7:00 P.M. we were allowed into the venue.

First we were treated to my girl, Phoebe Ryan, who opened her 30-minute set with her hit song, “Mine,” and welcomed us to The Ladywood Tour. She then followed with the song that got her initially discovered, which is a mash-up of R. Kelly’s “Ignition” and Miguel’s “Do You.” Ryan ended the set with her latest single, titled “Dark Side.”

The stage was cleared of Phoebe’s gear as Tove’s was put into position. Before we knew it, the lights went down and the curtain came up and there she was right in front of my face, Queen of the Clouds herself, Tove Lo. Tove started her set with the latest single from her album Ladywood, “True Disaster.” The sold out crowd sang every word back to her.

Following “True Disaster,” Tove went right into “Influence,” one of my favorite songs off the record. When the song ended she kept the track going, running to all sides of the stage singing the lyrics, “this is the best place in the world” while taking the time out to officially welcome us to The Ladywood Tour. Then, she jumped right to the title track and into songs from her first two projects Truth Serum and Queen of the Clouds. To the crowd’s delight, she started with “Moments,” and went on to “The Way That I Am,” a song about accepting one’s self and hoping that the person they love can take them that way.

She went on to perform one of her hit singles, “Talking Body,” where she did her iconic flash of her boobs. By this point in the show I was already shook! Honestly, I was so unprepared for how hard she was slaying my life. She then played the keyboard singing “Imaginary Friend” without her band backing her up, a song about believing in yourself when no one else will. She finished her set with her latest single, “Cool Girl.”

For the encore she came back out onstage and performed “What I Want For the Night (Bitches), and officially closed the show with “Habits (Stay High),” the song that put her on the map.

Tove Lo is an incredible performer. Although The Ladywood Tour is over, Ladywood Part 2 will be released later this year, so stay tuned!