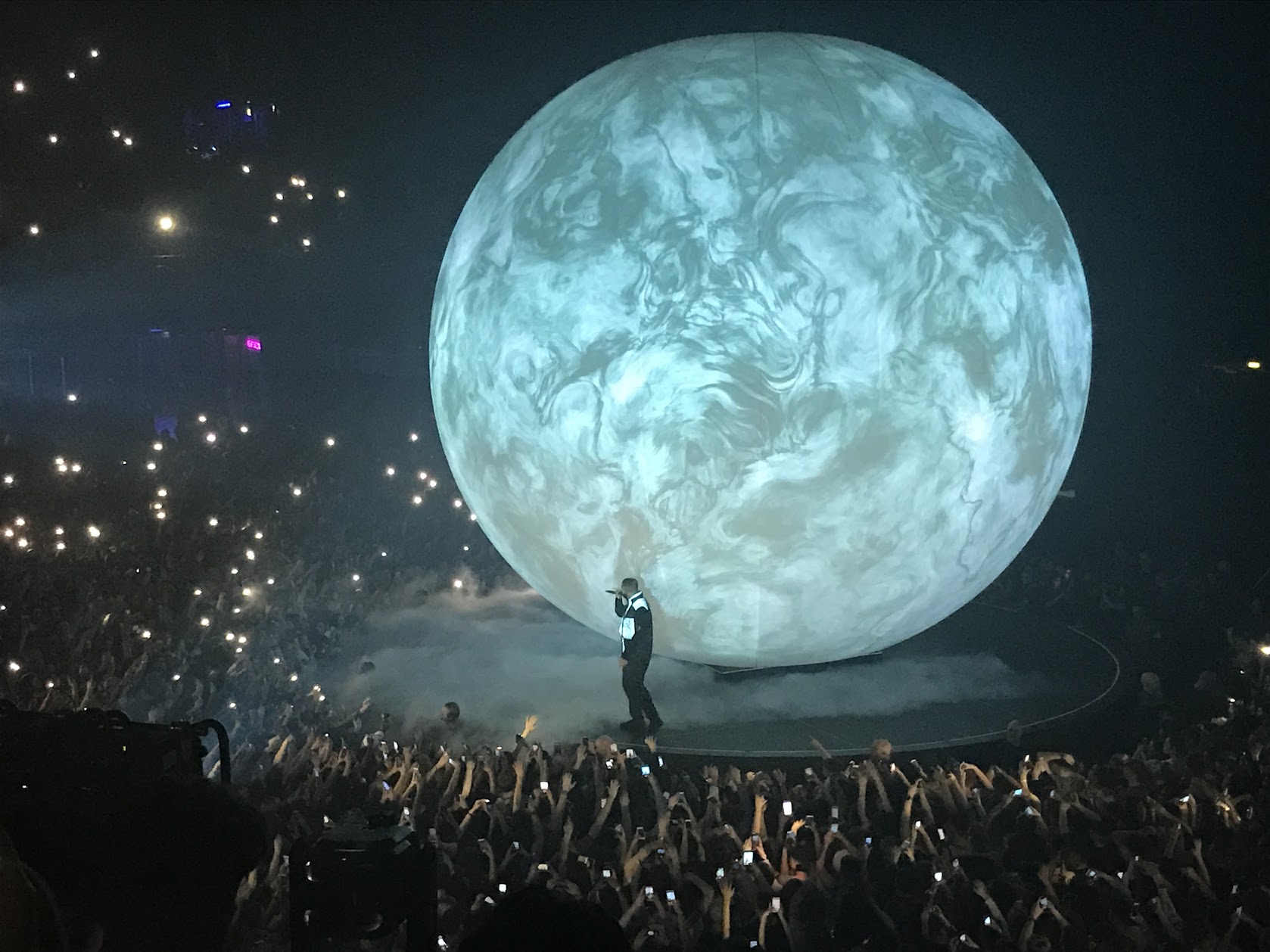 I’ll never forget where I was the first time I heard Drake’s “Over.” My boyfriend and I were driving around, it was a sunny March afternoon and I was squinting from the sun in my eyes. I can still recall the way my stomach dipped at the introduction – the big dramatic opening, the strings and the horns. Of course, Drake had already been on my radar thanks to “Best I Ever Had” and other life-changers like “Bedrock.” But this was different – this was the moment I realized who Drake was going to become. Every song he came out with would go on to soundtrack the remainder of my high school career. My whole grade was in attendance the night he toured Thank Me Later at Radio City Music Hall, everyone in their “Free Weezy” t-shirts packed in to praise the new prince of Young Money. My college years were pretty much sandwiched between the releases of Take Care (2011) and Nothing Was The Same (2013). I still remember where I was when I heard both of those for the first time as well. Every relationship, every end to a relationship – romantic or platonic, family or friend, Drake was there. I saw the Take Care tour at Jones Beach theatre the summer the album dropped. During the fall of my junior year at West Virginia University, I traveled to Pittsburgh to watch him perform Nothing Was The Same in it’s entirety. Drake blew me away every time.

In 2015, I was highly anticipating the release of Drake’s new album. My life had changed drastically post-college, but I figured if there was anything I could still count on, it was new music from Drake. Much to my disappointment, when If You’re Reading This It’s Too Late came out, it was totally lost on me. Drake had become mega-famous by 2015 and it seemed to me like his new status had gotten to his head a bit. The same thing happened when he released What A Time To Be Alive with Future. I could only find one song on that album that mirrored the old Drake – “30 for 30 Freestyle,” which was Future-less and melancholy. Needless to say that by 2016, I had given up on Drake. Views in my mind was oversaturated and empty with the exception of a few tracks. Frustrated with his average new music and arrogant persona, I made zero effort to attend any Drake shows after 2013.

Naturally, when my eighteen year old brother told me that his birthday present would be tickets to a Drake concert in Dublin for my siblings and I, I laughed. In the middle of our family trip to the U.K. and Ireland, we would catch the Monday night show of The Boy Meets World tour at the 3Arena in Dublin. Aside from being thrilled about attending my first international concert, I figured I knew what I was getting with this one: he’d perform his newer songs that I had zero interest in and be more conceited than ever. Drake’s humility was a quality I admired about him in the past, but in recent years, that seemed to be a thing of the past.

What I didn’t consider is that Drake is no longer new to the game, he no longer needs to play a tour to promote an album. Drake played twenty-five songs, some old and some new, but overall they were the songs that made me remember the reasons I loved him in the first place. I was basking in the nostalgia during moments like “Hold On, We’re Going Home” and “Miss Me.” My brother’s expression when he finally got to hear Drake play “Successful” and “Up All Night” made the experience that I was already enjoying even more worth it. I suddenly realized how lucky I was to have been so young when Drake was starting out. I remembered the feeling of going back and listening to an artist who was “before my time,” memorizing their discography and hoping someday I’d see my favorites performed live. Drake did that for my brother that night, as well as many young fans, all the way on the other side of the world.

As my youth flashed before my eyes, I decided that ultimately, Drake is a superstar and is worthy of his title. Not only was Drake gracious to his crowd, (even inviting a fan who had been sobbing the entire night onto the stage with him) but he seemed genuinely thrilled to be in Dublin. He non-stop praised the city, shook hands with people in the GA section and even stopped the show to break up a fight in the crowd at one point. He even took a moment to say that in our current political climate, we have to stick together and love one another. I was reminded of the fact that Drake knows how to work a crowd with class and make thousands of people in a stadium feel at home. He might be all grown up, but out of the four times I’ve seen him live, this was my fondest memory of a Drake concert. Other highlights of the show came when he wished Rihanna a happy birthday, calling her “the queen” and going on to play all of their collaborations in medley form. As he played my favorite sad-boy track off Views, “Feel No Ways,” he had his DJ/band stop playing in the background and sang the chorus beautifully in a cappella. This was a nice reminder that not only can Drake rap, but Drake can fucking sing. Swoon.

The same feeling I had felt 7 years ago hit me more powerfully than ever when he began to play “Over.” He sang it as part of a medley that included songs like “I’m On One” and “Worst Behavior.” So many faces and memories flooded into my mind – my heart swelling up as I recalled the moments in life that Drake’s music had lifted me up when I was down, let me wallow in my sadness when necessary or just simply enhanced the good times. Drake hasn’t lost it, not one bit. Drake has achieved what he set out to achieve from the beginning. So, as an older Drake fan and keeping this realization in mind, I look forward to his next release and plan on giving it more of a chance than I have the last few. Drake warned us years ago that it was “far from over,” and he kept his word.

2 thoughts on “Why I’m Giving Drake A Second Chance”