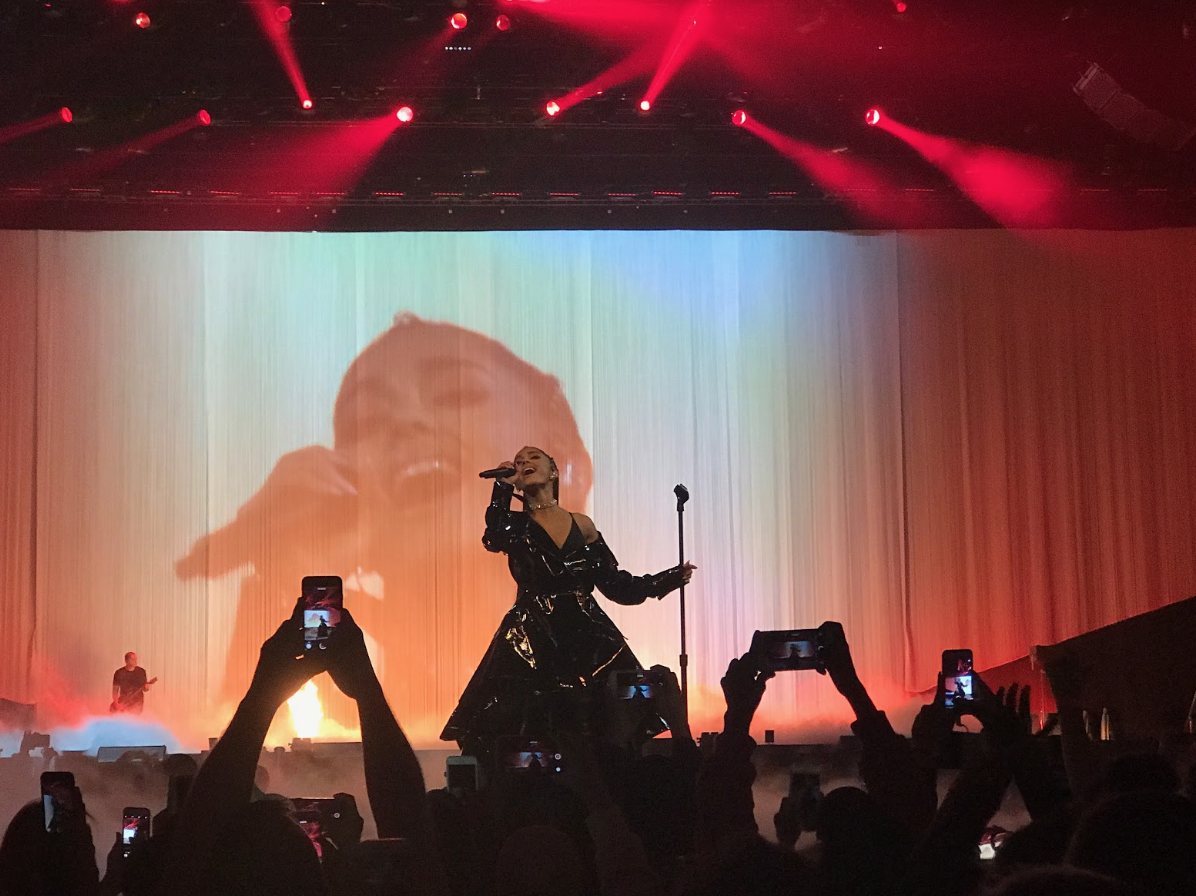 Ariana Grande’s Dangerous Woman Tour hit Madison Square Garden for two nights last Thursday and Friday. She may be petite, but this girl’s message is powerful and unapologetic.

Before Ariana came on, British girl-group Little Mix came straight from London after winning their first ever Brit Award. This was their first time playing Madison Square Garden. I’m sure they were tired and jet-lagged, but their performance did not disappoint. The vocals and choreography were on point as they sang some all of their biggest hits including “Black Magic” and “Shout Out To My Ex.”

Ari kicked off the show with “Be Alright” followed by “Everyday,” her new single featuring Future. The crowd was on their feet dancing along to her hits. Her fiery production didn’t overshadow her flawless and soaring vocals. The laid back performances of “Moonlight,” , “Sometimes,” and “Touch It”, is when you really get to witness Ariana’s soulfulness. Her confidence exuded throughout the entire show and the crowd was loving every moment.

Just a day before, the White House revoked a law permitting transgender students to use the bathroom of their choice. Before she sang “Thinking About You”, Grande told the audience, “It might be a scary time to be yourself but you’re beautiful and your differences are beautiful. Behind her, a video showed silhouettes of couples, of various gender combinations embracing each other. It was certainly one of the most powerful and memorable moments during the show. She then brought out Victoria Monet (one of her opening acts and frequent collaborator) to sing their duet “Better Days.”

She capped off the show with “Problem”, “Into You,” and, “Dangerous Woman, ” complete with a black leather ballgown.

Ariana also showed a brief but poignant video clip during a costume change with images of herself in sultry poses with adjectives such as “ wild, “soulful,” “raw,” “gentle,” “ferocious,” “sexual,” “sensual” , repeatedly “not asking for it,” and ending with “FEMALE.” Ariana made every girl and boy feel empowered that night, and she’s not apologizing for that anytime soon.