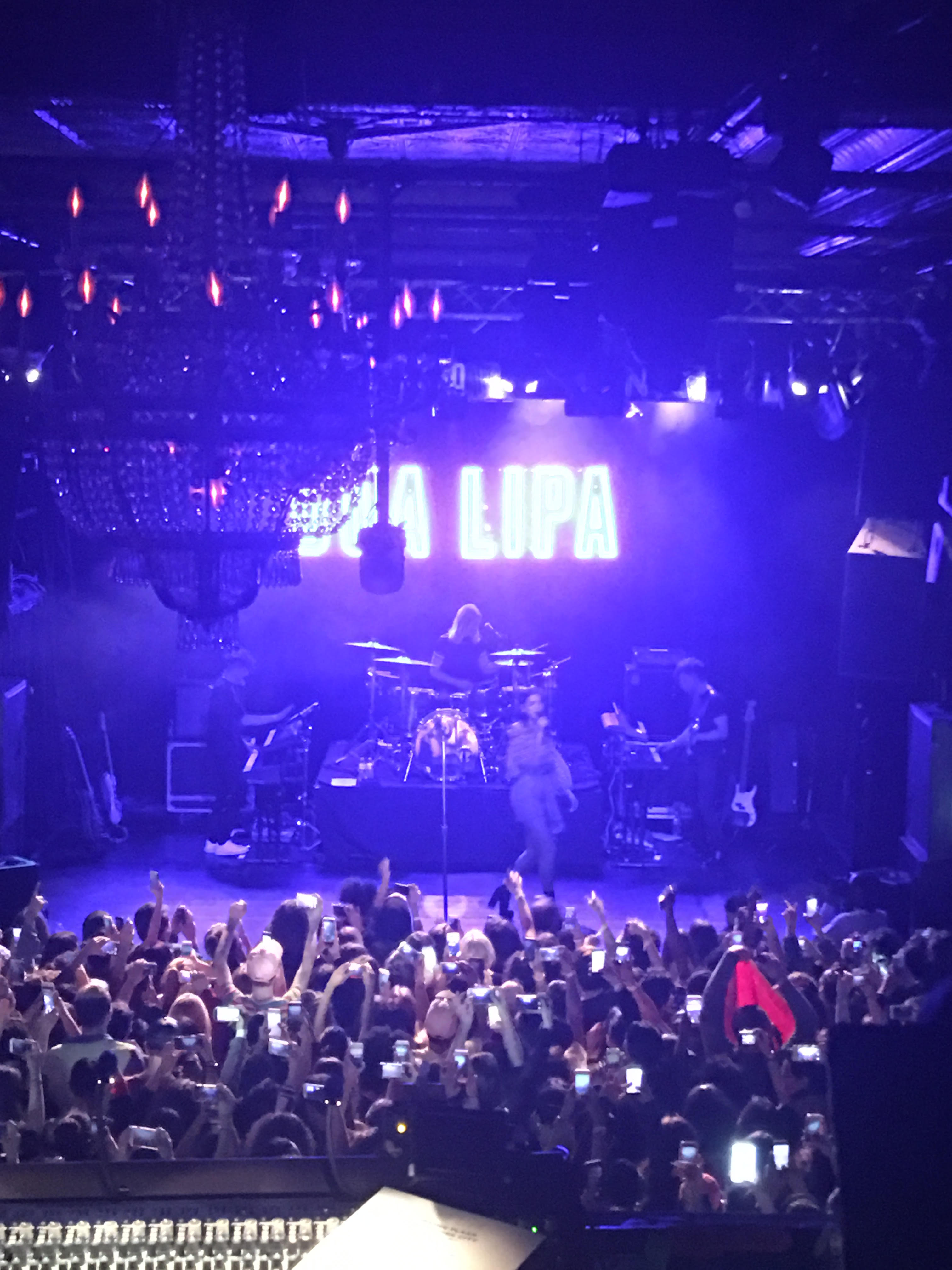 If you’ve never heard of Dua Lipa, let me be the first to tell you that she is one of a kind. The 21-year-old star is currently out on her first U.S. headlining Tour with several sold out dates. If you’ve been following her up to this point you’d know these large crowds and waves of adoring fans are nothing new for Dua. Last year in May, she sold out her first show ever in New York at Baby’s All Right, as well as a sizzling set at the McKittrick Hotel. Even back then I knew Dua was something special.

On Wednesday, March 1st 2017 in New York City, I was on the 6 to Union Square. Shortly upon leaving the station, I found my way to the venue, walked in and found my friends on the balcony. Suddenly, the lights went down as the intro started to play. I could tell instantly that this was different from her previously sold out Mercury Lounge set this past August and her opening sets with Troye Sivan this past fall. I was so excited to be seeing an entirely new show!

Her band appeared onstage first, before Dua strutted out shouting, “New York Ya Ready?” This was before powering into her first song, “Last Dance,” getting the crowd energized with a song we all knew very well. The next song, “Want To,” was a sultry tune (known to some fans) in which she boldly states, “It’s my body and I’ll dance if I want to” while swaying and popping to the beat.

Next she performed “Bad Together,” a song about being a badass with the one you love and taking on the world one day at a time. She also sang “Room For 2,” a song about a lover who’s done you wrong and you can’t figure out why. Dua gazed into the eyes of the crowd and sang, “I’ve been down/ it all comes back around/ push and shove do you feel better now? Knock knock, you’ll come tumbling down/ Karma’s got a kiss for you.” She swayed to the beat as the band played in perfect syncopation to her movements.

Then Dua announced, “all right, this next song is really special so if you know it, sing along” as the intro to “Hotter than Hell” played in the background. The crowd screamed in an uproar, singing every single word back at full volume.

The last song she performed was her hit single “Be The One,” and when she got to the bridge she jumped down from the stage, stood on the barricade and asked the fans to help her out, engaging in a sing along with the whole room. She then climbed back on stage to finish the song.  The second she exited the stage the room erupted in chants of “DUA DUA,” and shortly thereafter the band re-emerged to give an encore. Dua returned to the stage to tell us she had one more song for us, “Blow Your Mind (Mwah),” a song that says I’m a badass and you’re going to love me.

When she finished the song and the lights came on there was a collective sad sigh in the room as fans began to spill out of the venue. All of the fans were so sad that the night had to end, but one thing I have to say is that Dua’s team totally gets it. Her manager and publicist know what the fans go through and are always on site with Dua making sure her days run smoothly. They make sure that her fans are treated with love and respect, and they want the fans to know with absolute certainty that Dua loves and appreciates them. This is so rare nowadays because many artists and their teams treat fans like ATM’s. I’m glad to say this is not the case with Dua.

You can check Dua Lipa out on tour throughout this month and at Governor’s Ball this June. All dates and tour info can be found on her website.