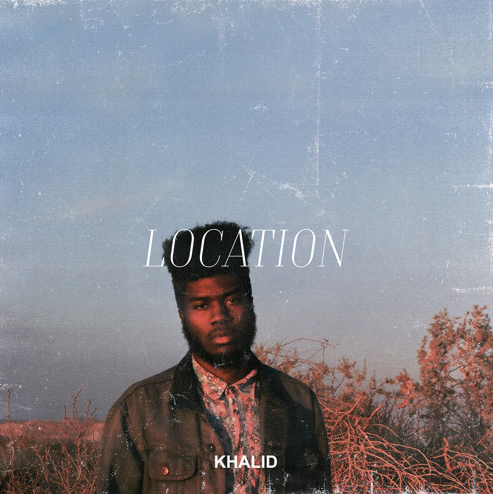 When Khalid was in the process of writing “Location,” the biggest hit off his debut album American Teen, he was in Atlanta working with Syk Sense (producer of Drake’s “Draft Day”). He took the beat back home with him to El Paso, Texas and finished it off by speaking from his own experience with his muse, which in this case, was a girl he had been texting. Is there even another way for an 18-year old kid to draw inspiration? Similar to what Erykah Badu did on her last mixtape, But You Caint Use My Phone, Khalid’s narrative of his relationship in “Location” stems from a digital standpoint. The minute he heard Syk play the beat, he knew where the song was headed, “it kind of just reminded me of this digital, cellphone-type text or ringtone,” he recalled during his breakdown of the lyrics with Genius.

Khalid first released “Location” from his SoundCloud on August 20th, 2016 but neither he nor the song were on my radar until December when I found him on Apple Music’s Hot Tracks list. Since then I’ve been counting down the days until the March 3rd release of American Teen. From my first listen I was able to see myself in Khalid’s shoes. I found it clever that all he needed was the concept of a “pin drop” to visualize the girl he’s singing about as opposed to hiding behind his phone – a habit we’ve unfortunately grown accustomed to. He might rely on his technology in order to get himself face-to-face with his love interest, but he can take it from there.

“Location” isn’t the only song on American Teen that touches on the way we romanticize and rely upon cellular communication in the modern age. On the track “Saved,” Khalid reminisces on a past relationship that he still longs for, hoping for the day she might call him if his number is still saved in her cell phone as he erases pictures of their memories from his.

As Khalid explores his sound and ways to label himself, he still turns to those who ultimately inspire him to move forward with his dream. Another one of Khalid’s first tracks released on SoundCloud was his cover of Frank Ocean’s “Lost,” an artist who’s heavily influenced Khalid throughout his artistic journey. Thanks to influences like Frank, Alt-J, Father John Misty and James Fauntleroy, it’s pretty safe to say that Khalid is destined for greatness. Watch the video for “Location” below:

One thought on ““Location” by Khalid”