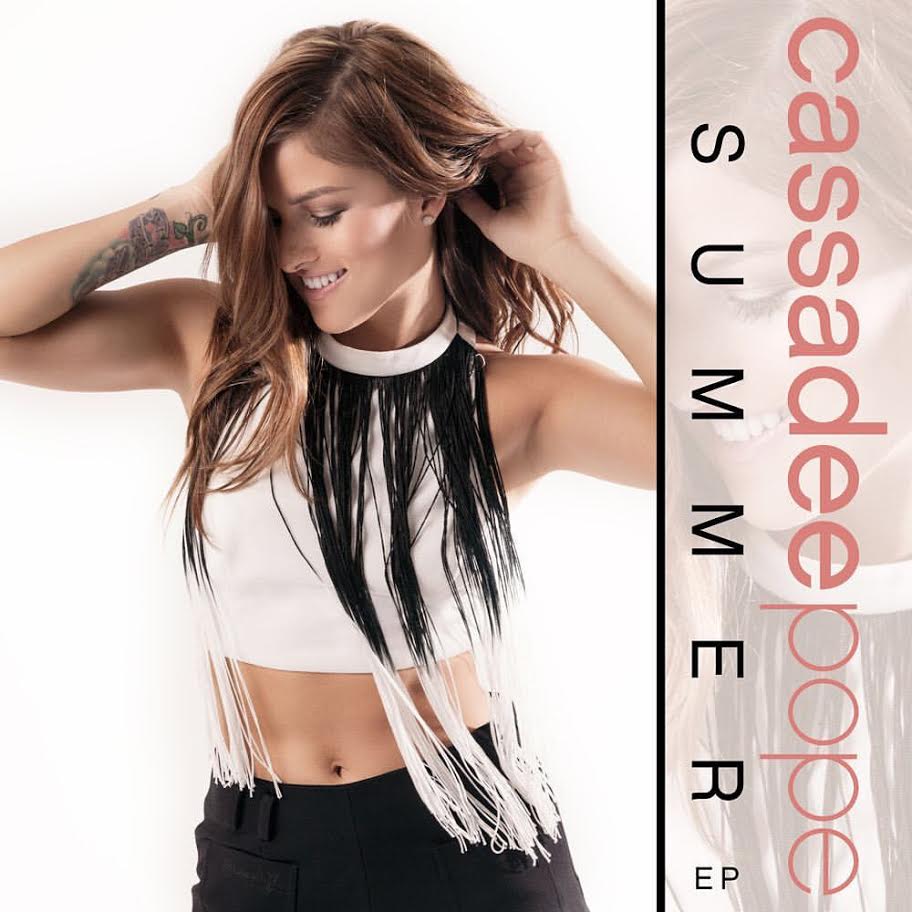 The first time I heard Cassadee Pope’s “Kisses at Airports” was on an especially hot summer day while my roommate and I were driving to God only knows where. “Yup, this chick knows the equation to a good country song,” she said, “God, the military and beer.” Even though she isn’t a fan of country music, she’s from Alabama. Needless to say, I trusted her – she was born to know this equation, okay? While Cassadee isn’t singing about sipping on a cold beer in this song, she certainly comes through with the other two components.

I’ve been a fan of Cassadee since 2009 and can recite the lyrics to any of her Hey Monday tracks and all of her solo work. I think she has one of the most powerful vocals, regardless of whatever genre she is trying to tackle. After hearing “Kisses at Airports” I had to agree with my roommate. It seems like Cassadee finally cracked the code to a solid country track and I think this one is going to shape the rest of her career on the country music scene.

“Kisses at Airports” plops us right in the middle of an airport, surrounded by all the hello’s and goodbye’s happening around us. As soon as Cassadee sings “Some mean I missed you/Some meaning I’m going to/But somehow they mean more/Kisses at airports” I start searching for the tissues. As someone that’s spent a lot of time in airports over the past three years, it reminded me of all the times I said goodbye to loved ones at airports knowing I wouldn’t see them for months, or even years on end and how those special moments have stuck with me. Cassadee captured all of those memories of mine in three minutes and 23 seconds.

The Grammy nominee tips her hat to the men and women of the military when she starts the second verse with the story of a soldier coming home to meet his daughter for the first time. With the lyrics “Kisses at airports /Thanking the good Lord/You didn’t die out there without seeing that curly red hair,” you’ll feel Cassadee pulling at your heartstrings. But she’s not done tearing through our emotions just yet – In the bridge she raises the question “But what if I had never landed/How many times do we take for granted?”. If you’re not having flashbacks of all the moments you could have shown your appreciation to someone you love but didn’t, I don’t trust you.

While Cassadee has performed the track on the Hallmark Channel’s Home & Family and CMT’s Next Women of Country Live, “Kisses at Airports” has yet to be released as an official single. Though it has been sent to country radio as a tester, we’re hoping this song gets the attention and airplay it deserves, as it showcases the best of Cassadee’s value as a storyteller and vocalist.
“Kisses at Airports” is all about those special moments when we acknowledge how deeply we care about the important people in our lives and take the time to tell them. You never know much time you have left, so whether you’re saying goodbye, hello or you’re not even at the airport, this song is going to send you running for a tissue and your loved ones, I promise. Watch the video of her live performance on Hallmark Channel’s Home & Family below: