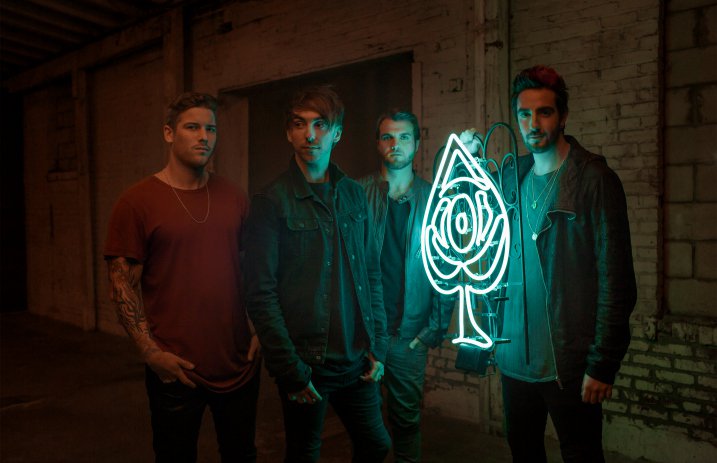 Back in 2003, four teenage boys from the Baltimore area joined forces to become a garage-based pop-punk cover band. Soon enough those four boys started calling themselves All Time Low and were signed to Hopeless Records before finishing off their senior year of high school. Now in 2017, the band is getting ready to release their seventh studio album, Last Young Renegade.

During the fall of 2006, I discovered Put Up or Shut Up, an EP by All Time Low (who were only 18 at the time). Ever since my first listen of “The Girl’s a Straight-Up Hustler,” it’s safe to say I’ve been whipped by this band. With a few record label switches, a few albums and EP’s and countless tours, this small cover band are still kicking it and are bigger than ever.

One thing to know about All Time Low is that their music has never sounded strictly the same. They’ve had more some punk songs and poppy hits, but also some very emo songs too… and let’s not forget about their little EDM venture with “Sticks, Stones and Techno.” Through their countless hits, there’s always been some sort of change and that’s a huge reason why they’re still around and relevant to this day.

Before I showcase our Spotify playlist of All Time Low’s fan favorites, I just wanted to say that some of their music isn’t on Spotify and and it also isn’t available for purchase anywhere! Before signing to Hopeless Records, the band was on Emerald Moon Records and released The Three Words to Remember in Dealing with the End EP and The Party Scene. If you’re lucky you can find both of those in the depths of YouTube or whatever download services are available nowadays (TBT to when I downloaded both of those from LimeWire). Anyways, enjoy the playlist of ATL songs that I could access right here: