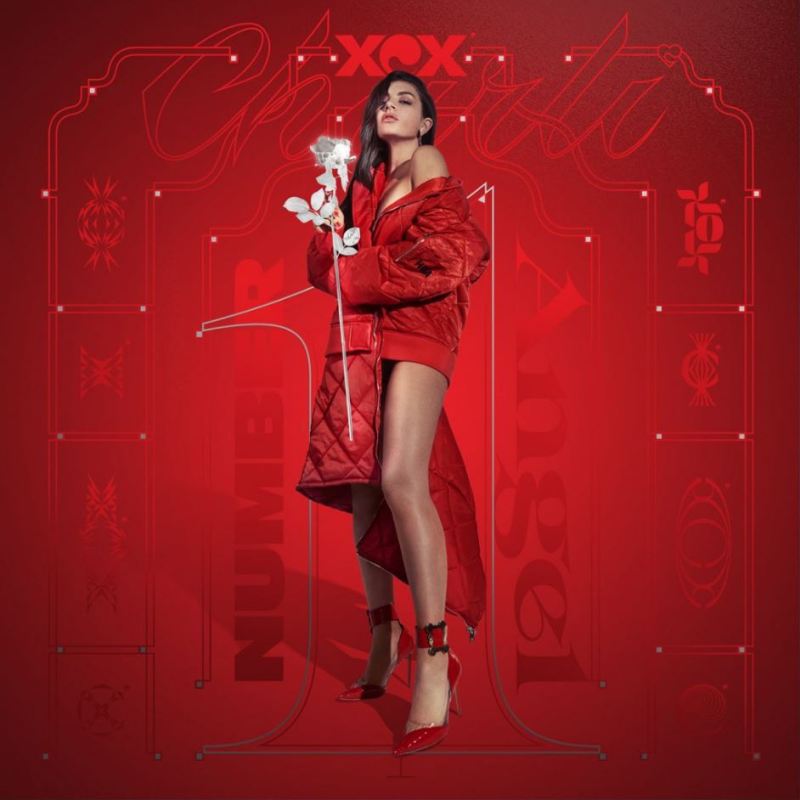 After hearing from a friend that Charli XCX had just dropped a new mixtape, I knew I had to listen to it. As a huge fan of her, I’ve been waiting for new music from her for a while. Having been a little over a year since the release of her EP, Vroom Vroom us fans have been anxiously awaiting the arrival of her third album. Her new mixtape, Number 1 Angel has a lot to live up to, considering her past two albums, Sucker and True Romance were met with such success.

Charli definitely did not disappoint with Number 1 Angel. The mixtape contains heartfelt and emotional songs mixed with electro and pop beats. On first thought after listening to the mixtape, it was a little surprising to me that she didn’t branch out to a completely different style of music like she did in the past. Having True Romance and Sucker coming out within about a little over year of each other and each containing such different musical styles, I assumed this mixtape would follow that pattern. Rather than being different than these two previous albums, it’s almost a mix of the two. The pop style from Sucker and the synth, electro style from True Romance along with the romantic tones from both have been mixed together to produce Number 1 Angel.

The first song, “Dreamer” featuring Starrah and RAYE, started off the mixtape slowly but with sass, one of Charli’s signatures. While it’s a great song, I think perhaps it may have not been the best start to the mixtape. Many listeners will judge the entire mixtape off of this first song and that’s why the first song needs to catch the listener’s attention and keep them listening. It just isn’t too great in my opinion, especially in comparison to Charli’s other opening tracks “Sucker” and “Nuclear Seasons” which set the tone for the rest of the album and made me want to keep listening.

The mixtape does pick back up with the second track, “3AM (Pull Up)” featuring MØ. I fell in love with the style and rhythm of this song. The lyrics were relatable for not only me but it’s clear Charli felt very fervent about the subject of the song. It’s the kind of song that you can never get out of your head and has potential to become popular song heard on the radio. Another song I loved was “Emotional”, because of its rhythm and passionate lyrics such as, “All over, deep under my skin/ You got me so emotional.”. It has quickly become a song I sing loudly at the top of my lungs in the shower.

One of the songs I was most excited to listen to, “White Roses” showed me how much work Charli had really put into the mixtape. The song’s title clearly references to one of her other songs, “Black Roses” (my favorite song of hers) from True Romance. In “Black Roses”, Charli sings about how her heart is “purple and scarred” by a lover, displaying a perhaps painful relationship she had. In contrast, “White Roses” shows us a much more intimate and romantic side, without the hurt and pain showed in “Black Roses”. The love she expresses for another in “White Roses” is undeniable and proves that she’s no longer “falling victim to black roses”.

Finally, the mixtape is ended with “Lipgloss” featuring CupcakKe. I can’t think of any better way that it could have been ended. This song has all the same super catchy tones heard throughout the whole album and also a very sexual theme. This isn’t the first time Charli has included sexual themes in her songs, it’s definitely a recurring theme, but one that promotes feminism and women almost always. The theme allows her to go out with a bang and leaves the listener singing “Mhm, I keep it sticky icky like lipgloss.” long after they’ve listened to the album.

Number 1 Angel overall was an incredibly well crafted and thought out mixtape, and I would recommend it to every pop music fan. Charli is a sassy and bold artist who almost anyone can easily fall in love with, considering her music is so catchy and lyrics are almost always so well written. Major props to Charli and everyone who helped work on Number 1 Angel. You can listen to the full mixtape on Charli’s YouTube Channel or buy it on iTunes.