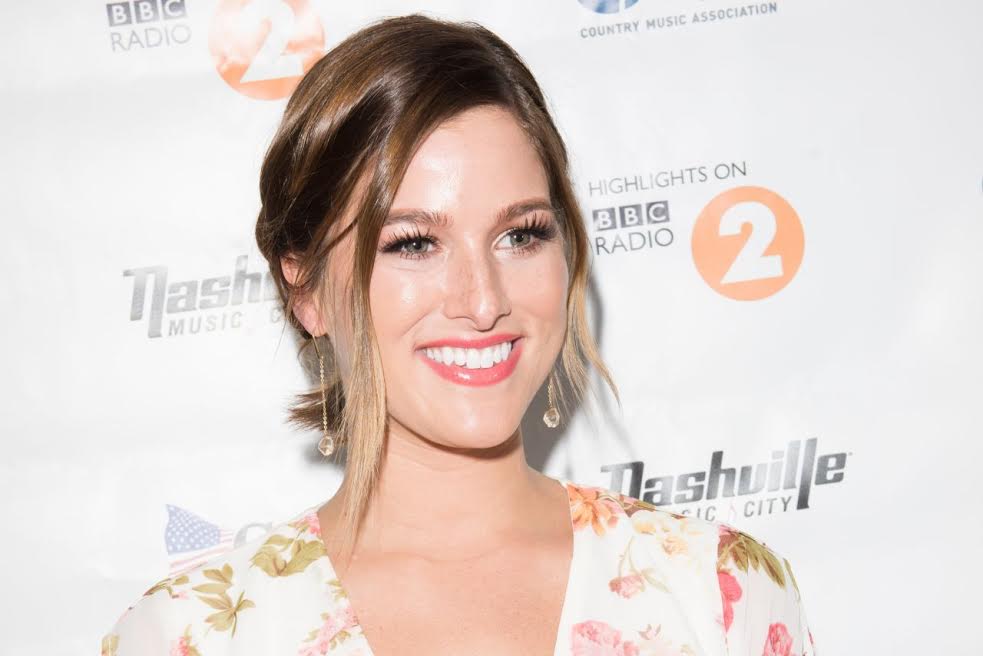 Cassadee Pope had quite the year last year. She spent 2016 out on the road as the opener for Chris Young’s “I’m Comin’ Over” tour, became a No. 1 artist and a Grammy nominee for her “Think of You” duet with Chris and released her Summer EP, which I kept on repeat long after summer ended. Fans of the newly engaged country singer-songwriter have been (not so) patiently awaiting a new album after her debut solo album Frame by Frame was released in 2013. I’ve said it before and I’ll say it again: 2017 is the year of female country artists. Cassadee Pope is no exception to this, so be prepared!

Between performing for sold-out arena’s and small intimate performances, Cassadee strutted all over London’s Country to Country (C2C) country music festival last week. She filled her sets with tracks including 2014’s RIAA certified-platinum “Wasting All These Tears” and last year’s single “Summer”. Mixed in with these songs the country songbird delivered an acoustic performance of a new and unreleased track called “Me, Myself and Wine” and fans have been raving over it across all social media. The song, Cassadee explained, is about the uglier and more realistic side of getting over a breakup as opposed to the Hollywood version of working out at the gym before going downtown with your girlfriends sporting the post-breakup glow.

The song starts off with Cassadee’s signature sass as she tongue-twists through lyrics like “Might’ve driven by your house / Might’ve done a couple things that I ain’t proud of / Like calling your number, hearing your voice and hanging up” getting quite a few laughs from the audience. She transitions to the chorus of the song by slowing it down a beat and singing about most girl’s favorite breakup remedy-wine! “No, it ain’t gonna be pretty / Getting down to the nitty gritty / Getting over you this time / Just me, myself and wine”.

Cassadee’s talent as a lyricist and ability to position herself as a relatable artist is brilliantly showcased in this track and her vocals are as phenomenal as ever. 2017 might just be the era for new music from the songbird that fans have been holding out for. It’s going to be a long summer if the country music’s summer jam is yet another song about a girl sung by a country male artist that I can’t distinguish from the rest of them. “Me, Myself and Wine” is country radio gold and doesn’t require a drink to enjoy it!
Watch Cassadee’s performance of “Me, Myself and Wine” below and try not to bop your head along to the music:

One thought on “Cassadee Pope Gets Down to the Nitty Gritty with“Me, Myself and Wine””