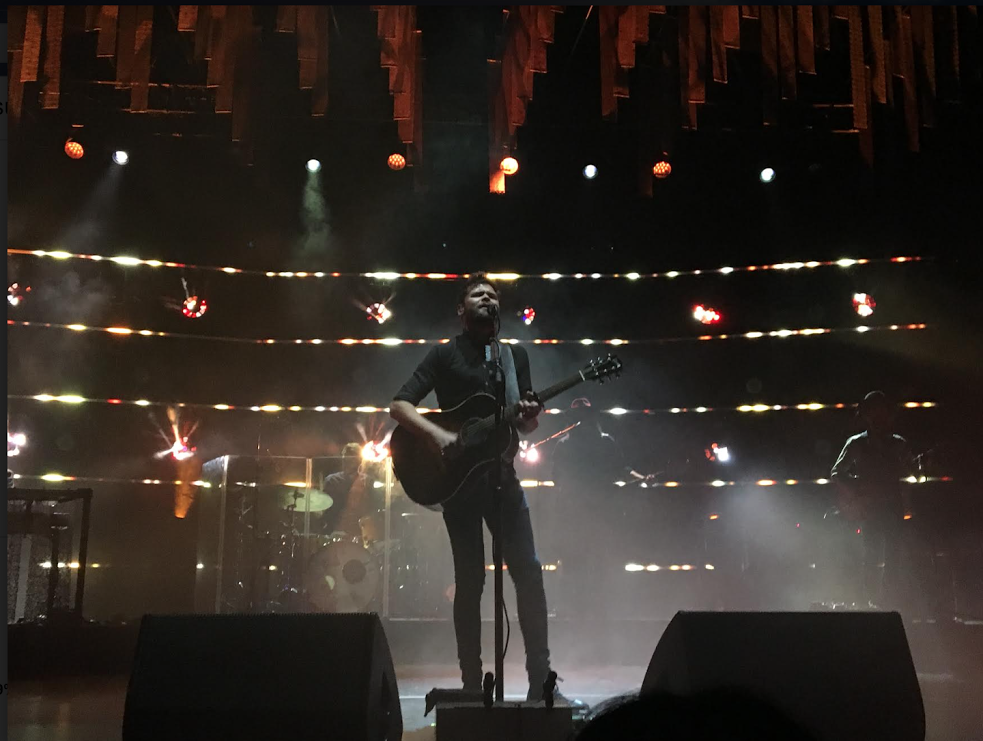 Passenger has been on my “must see” concert list since I first became familiar with his music in 2013. The British singer-songwriter, most well known for his double platinum song “Let Her Go”, is one of my favorite artists for his beautiful lyrics and vocals. I was finally able to see him on March 11th at the Beacon Theatre in New York City.

The day of the concert was absolutely freezing, but that didn’t stop Passenger fans from coming out to the sold out concert. While waiting in the cold, my friend and I made some new friends who shared the same love for Passenger as us. Once we were allowed into the theater, we took our seats and awaited the opener. The Paper Kites are an indie-folk band from Australia and they were an awesome way to open up the show. They sounded just like something you would hear on a Spotify “chill” playlist. Their set was both calming and exciting and I definitely became a fan.

Passenger opened his set with “Somebody’s Love” off of his new album Young as the Morning, Old as the Sea. This was a perfect way to set the tone for the rest of the concert. The show was an emotional roller coaster from start to finish and embodied all the sides of Passenger’s music that I adore. On one hand, the concert was extremely happy and upbeat, with fast paced songs like “27”, “I Hate”, and “Holes” and on the other hand it was very honest and even a little sad with songs like “Everything” and “Travelling Alone”, where there wasn’t a dry eye in the audience. You may be wondering why anyone would want to go to a show that would make a listener feel anything but joy, but like Mike mentioned during the concert, “Only Passenger fans would cheer for depressing songs.” The emotion in these few sad songs are so real and raw and the reason this man is worth seeing.

With every song, Mike told a story or a joke that went along with it. It was like a concert and a comedy act in one. The running joke throughout the night was comparing Passenger’s hit single “Let Her Go” to the similarly titled “Let It Go” from Frozen. Sitting in the second row, I felt I was really able to connect with Mike throughout the show and that is a special feeling that I will never forget. After being to many concerts, I can attest to this being one of the greatest because there’s something so special about seeing an artist you’ve admired for so long, live, for the first time.

If you are not familiar with Passenger, but love super indie/ folky/ singer-songwriter-y tunes, give him a listen! His music is very unique and each song brings a new story to learn. Passenger is constantly touring and releasing new music, so look out for him!