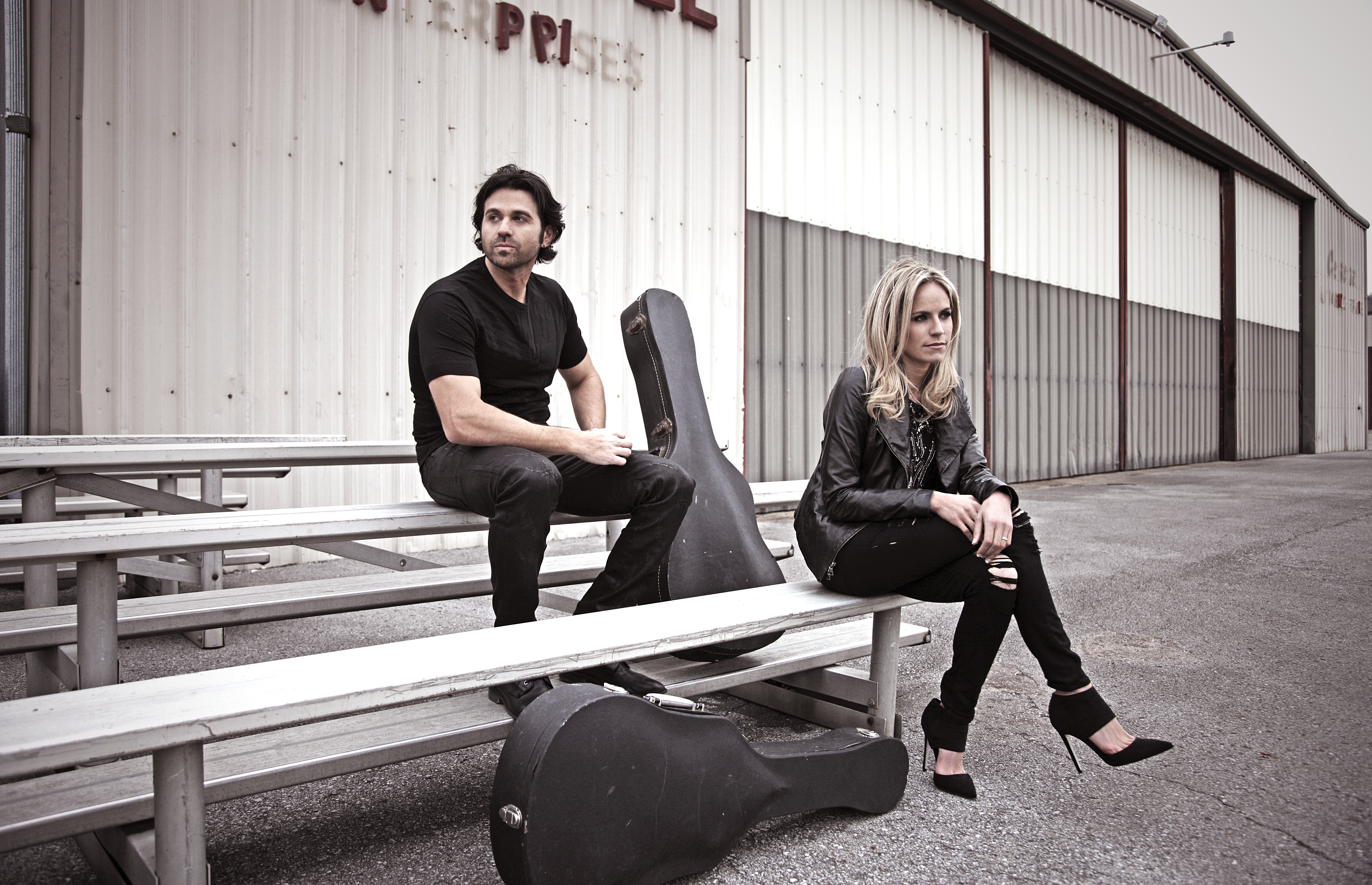 Haley and Michaels are an adorable husband and wife duo. Their current single “The Price I Pay” is actually the first song they ever wrote together. The pair has performed LIVE on the Today show twice and was named one of Huffington Post’s Top 20 artists to watch in 2016. You may also know them from their songs “Drinking About You” and “Giving It All To You,” which both had over one million streams. Read below about how these two met, what working together is like and what to expect from these country cuties in the future.

Tell us a little background info about yourselves. Where are you from? How did you get involved in music initially?

We’re both from the Bay Area in California. We grew up three miles apart from one another but didn’t meet until we were both in Nashville. We have both been singing as long as we can remember. We grew up around a lot of music. Ryan’s family owned a music store where I (Shannon) bought my sheet music, but we were never in the store at the same time.

How did you two meet and what initially prompted you to join together as a duo?

A friend who was playing guitar in both of our individual bands introduced us. When we realized that we were practically neighbors growing up, we put the pieces together that our mom’s tried to connect us years before via MySpace. A few months after we met we sang a song together at a show Ryan had at The Roxy Theater in Los Angeles. After that we knew we had musical chemistry, but we were still pretty involved in our solo projects. It wasn’t until we wrote our first song together, “The Price I Pay”, (which is currently our single that is out right now on Spotify), that we realized we wanted to make this thing official and join together as a duo.

How did you both get your start in the music business? Why country music?

We grew up listening to country music. Both of our parents happened to love it and Ryan’s Dad was actually a pedal steel player back in the day. We bonded right away over our love for our local country station, 95.3 KRTY. That station talked a lot about the behind the scenes stories of the artists and the songs so we heard a lot about Nashville from them. Our writing and singing was naturally influenced by country music and it was just always both of our goals to move to Nashville as soon as we could. Ryan went to Belmont University and started writing and recording in the Nashville community right out of high school. While at UCLA, Shannon put some of her songs up on MySpace (if you can remember what that is) and a producer in Nashville heard them and reached out and offered to record her first album.

What is it like working together as husband and wife?

At the end of the day, working together while being married is awesome. We get to share the same passion and get to experience the highs and lows of the business together, which we are very grateful for. We are both Type A and have strong personalities so it’s definitely been a process figuring out how to develop a give and take with our professional relationship. We have learned how to trust each other and divide and conquer; letting each other take over in certain areas so that we have a sense of independence…and so that we don’t drive each other TOO crazy. 🙂

Who are your biggest inspirations/role models? How have they influenced your music/career?

It sounds corny, but our mom’s. We have both always been extremely close with our mom’s. They both have very inspiring stories themselves about how they’ve established very successful careers for themselves. They have been through our journey with us individually and as a duo from the very beginning. They have always had an unwavering belief in us and always infuse our days with positive energy. On tough days a simple pep talk from them can make everything seem okay. But, the cool thing is that they’re totally real with us. When we write a really bad song or look like we’re trying way too hard to be serious in a picture, they will tell us straight up. It’s nice to have your biggest fan also be your biggest critic.

Who are you listening to on repeat at the moment? Any songs stuck in your head currently?

Lukas Graham. Yes. “Mama Said” and “Happy Home”. Always playing in our heads! We actually yell at each other now when one of us starts singing it. Also LOVING “The Breaker” by Little Big Town. We recently saw both these incredible artists at The Ryman!

What is your favorite part about playing a live show?

Probably our favorite thing in the world is singing a song and looking out in the crowd and seeing people singing along. One of our favorite things about playing shows is getting to meet fans afterwards. A lot of times couples will come up to us and tell us a story about how they’ve connected to one of our songs. Getting to connect to people like that is such a special part of what we do.

What was the inspiration behind your newest single “The Price I Pay?”

It was the first song we ever wrote together. It’s funny because it’s a total break up song, but it was right around the time that things were starting for us on the personal level too. We just sat down and started playing the guitar lick and then the title just kind of fell out of the sky. We wrote that song without ever talking about what it was about, we just kind of knew. The only thing we knew is that we wanted to write a song where we could both be the lead singer, where we could both share the main perspective and have a conversation. It’s kind of become the template for how we approach songwriting.

We are in the process of finishing our album and will be releasing the new music in the coming months! We will definitely be out on the road this summer and fall!

Anything else you would like to touch upon that we haven’t?

We love hearing from our fans and we check our social media messages personally, so don’t be strangers! 🙂

One thought on “An Interview with Haley and Michaels”