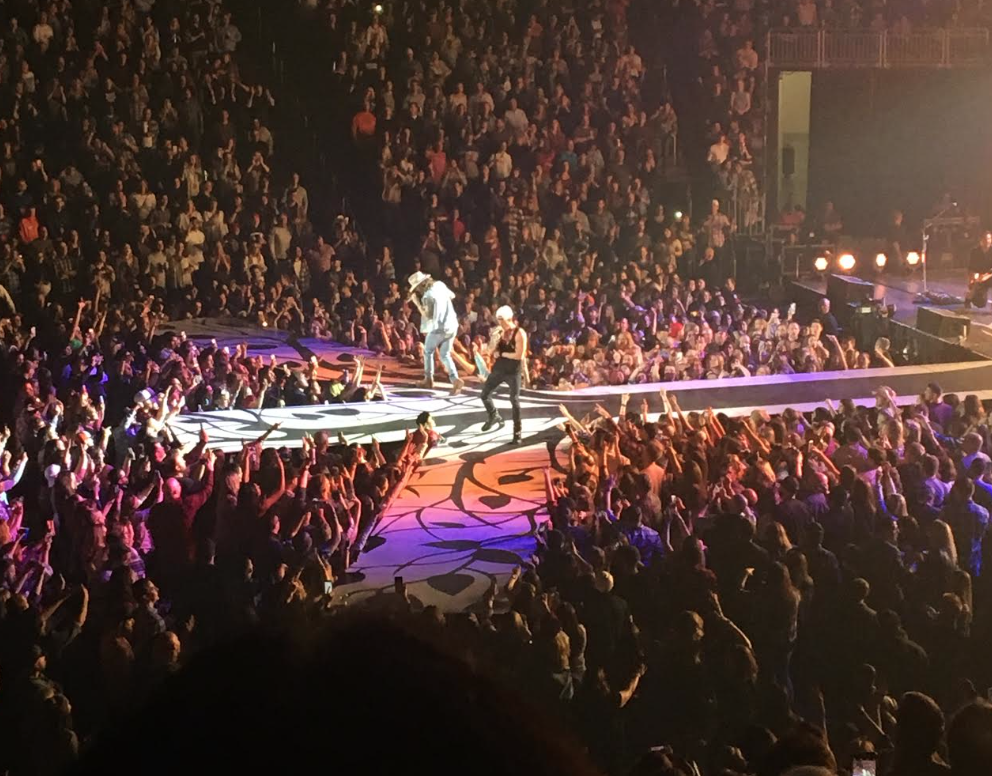 On March 18th I got to see Florida Georgia Line at the Prudential Center in Newark, New Jersey. This wasn’t my first time seeing FGL. I saw them once before when they opened up for Taylor Swift’s RED Tour back in 2013. I never imagined seeing them again, but during the last year I fell in love with their energy and sound and just knew that I needed to see them live again! Chris Lane and Dustin Lynch were set to be the openers on the Dig Your Roots Tour, which was just another reason that I bought tickets to the show.

I was eagerly awaiting Chris Lane’s set all day. As the lights dimmed and the music started, it wasn’t Chris who came out, but Seth Ennis! I was totally unaware that he was going to be there in addition to the other openers, but I was very excited because his song, “Woke Up in Nashville” is one of my current favorites. After Seth Ennis’s short, yet entertaining set, it was time for Chris Lane. His set was upbeat and fun, and he performed his Number 1 single on country radio, “Fix,” a mash-up of current and 90’s pop music, and many more of his great songs. During his set, he announced that he would be meeting fans after Dustin Lynch’s set, so I quickly found the meeting spot so I could say hello. Unfortunately, I missed Dustin’s set, but got to meet Chris Lane, which totally made up for it!

When it was finally time for Florida Georgia Line to take the stage, the whole audience was on their feet. The show was super loud and entertaining, adding elements of fire, elaborate lights, and video displays to the stage. Starting off the show with “This is How We Roll,” it was no question that this would be a high-energy show. Around halfway through the set, the boys of FGL, Brian Kelley and Tyler Hubbard, made their way to the B-Stage on the far end of the arena. On this stage, which was modeled like a campground with a campfire, they sang a variety of acoustic songs like “Dirt,” and their chart topping hit “H.O.L.Y.” Once they made it back to the main stage, they finished with some of my favorite FGL tunes like “SunDaze” and “Party People”. Of course, they ended the amazing concert with their first hit single, “Cruise”.

Country music fans come in all different ages and that definitely remained true for this show. At the beginning of the concert Tyler and BK noticed a little boy in the pit singing every word to every song. They stopped the whole show, brought him up on the stage, and gave him a signed guitar. His passion for country music was evident and the crowd went wild, setting the stage for an awesome night of singing and dancing.

Florida Georgia Line is heading back on the road this summer on The Smooth Tour, headlining both amphitheaters and stadiums. “May We All” get to see them on tour this summer!