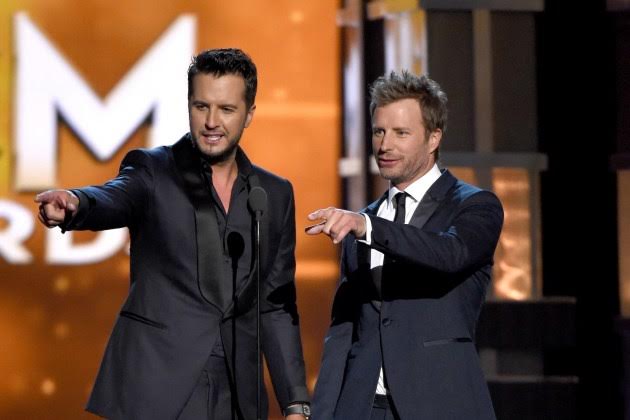 The 2017 ACM’s are just around the corner, broadcasting live on CBS from the T-Mobile Arena in Las Vegas at 8 p.m. ET on April 2nd. Luke Bryan and Dierks Bentley will be our hosts for the night after the dynamic duo successfully hosted the 2016 ACM’s. Country music award season is my favorite for a multitude of reasons. Of course, there are the show-stopping performances, the good tunes, the fashion and the awards! I, like many, have an addiction to watching my favorite musicians, songs, albums, duos etc., get snubbed of the award that was rightfully theirs and then being mad about it for the following days to come.

The line-up of performances is even more killer than last year, featuring some of country’s biggest stars including Sam Hunt (side note: if he doesn’t sing “Body like a Back Road” I’m boycotting him), Thomas Rhett, Carrie Underwood, Keith Urban (the most nominated artist of 2017), Maren Morris, Kelsea Ballerini and Little Big Town. Tim McGraw and Faith Hill will be performing their new single “Speak to a Girl” together (#RelationshipGoals) and Florida Georgia Line will be performing their hit “God, Your Mama, and Me” with the Backstreet Boys, which equally confuses and intrigues me.

Now let’s talk awards! While Carrie Underwood is still the only female nominated for the Entertainer of the Year category, each passing year more and more female country artists have been storming their way into every award nomination (with the exception of male specific nominations). This is a huge accomplishment when you take a look at the country charts or turn on country radio. Miranda Lambert’s The Weight of These Wings is up for Album of the Year, one of the night’s biggest awards, but has some strong competition keeping her company like Dierks Bentley’s Black, Maren Morris’s Hero, Keith Urban’s Ripcord and Florida Georgia Line’s Dig Your Roots.

Country music always has some of the best duets, so naturally the Event of the Year award is another big moment that everyone looks forward to. This year the nominees are Dierks Bentley featuring Elle King with “Different for Girls”, Artists of Then, Now and Forever with “Forever Country”, Florida Georgia Line and Tim McGraw’s “May We All”, Kenny Chesney and P!nk’s “Setting the World on Fire” and Chris Young and Cassadee Pope’s “Think of You”. This is where my addiction to watching my favorite nominee’s lose the award that is so obviously theirs comes in. I’ve spent this year’s entire award season convinced that Chris and Cassadee will win every award for “Think of You” only to watch them lose to Dierks Bentley and Elle King (fair enough) and Dolly Parton and Pentatonix (please just get out of here). A logical person might think I’d save myself the pain and not get my hopes up that “Think of You” will take Event of the Year, but my logic is “third time’s the charm!” so keep me in your thoughts.

Regardless of who wins what, the most important part of the ACM’s is celebrating country music. I really just said that for my own sake, not yours. In the meantime, grab your beer and stomp your boots to our ACM Nominees playlist!

One thought on “The ACM’s Are Coming: A Playlist”