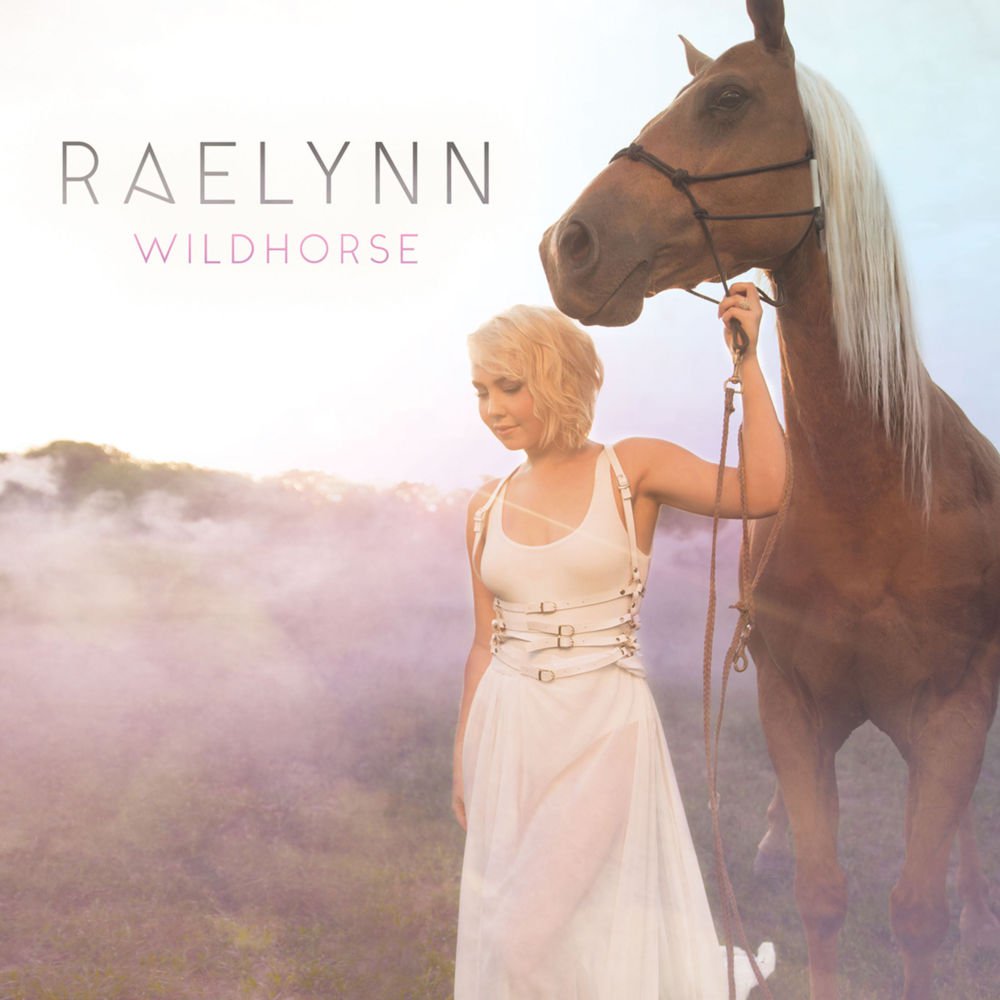 If you haven’t heard of singer-songwriter RaeLynn before, it’s time to get yourself familiar. The 22-year-old released her debut album Wildhorse and within the 41 minutes and 21 seconds it takes to listen to the album she makes it crystal clear that she isn’t going anywhere. RaeLynn first made her debut in the music industry when she auditioned for season two of The Voice in 2012, earning herself a spot on Team Blake. Since then she’s released a few (forgettable) singles, with the exception of 2014’s certified gold “God Made Girls” and an EP.

I’ll admit that I’d never been a fan of RaeLynn’s previous music. I always knew her distinctive vocals would make her stand out from other female country artists, but the songs her label were pushing out never aligned with that. With that being said, I was skeptical when she announced her debut album and released “Love Triangle”, the leading single off of Wildhorse. I listened to the song anyway and by the time it was over I realized I was crying into my coffee. “Love Triangle” is an emotional retelling of RaeLynn’s experience of growing up with divorced parents. Throughout the verses she paints vivid images of her younger self longing to be with her father while living with her mother, only to spend the entirety of her visits with her father missing her mother. If that doesn’t break your heart, RaeLynn has you covered in the chorus with the lyrics “Some mamas and daddies are loving in a straight line / Take forever to heart and then take a long sweet ride / But some mamas and daddies let their heartstrings tear and tangle / And some of us grow up in a love triangle”. Underneath all the glittery eye shadow and sparkly outfits (my heart beats for this aesthetic), is the budding and influential female artist that country radio is in desperate need of.

On a lighter note, Wildhorse features other tracks that aren’t quite as heavy as “Love Triangle,” but just as deserving of attention. The album opens with “Your Heart,” which is an upbeat track that reminds us that our reactions to difficult situations are what make us who we are. She sings “You think you know who you are in somebody’s arms / But you don’t know who you are till somebody breaks your heart”. RaeLynn has let her sassy personality shine all over this album, giving the world a better picture of who she is and the product is one of those rare albums that tell the artist’s story as a whole and truly reflects who she is. “Wildhorse”, the track the album is titled after, defines exactly who RaeLynn is: an untamable young woman filled with spunk and guts demanding to be seen. With lyrics like “Can’t saddle me up / Cause I’m the kind of girl that needs the wind / Riding with the fire in my eyes / Riding straight through the open wide / Baby I’m a wild horse,” this track is going to be every free-spirited girls new anthem. Speaking for myself, I’ve never identified with a song nearly as much as I do with “Wildhorse.” The country songbird proceeds through the album with her signature poppy-country sound showcased brilliantly in “Diamonds”. The track features heartwarming lyrics like, “I don’t need one just to hold onto / I don’t want one unless it comes with you” inspired by her engagement to husband Josh Davis.

RaeLynn has called Wildhorse her version of the “college experience” and sonically the album reflects just that. During the five-year time span it took to create the album, she had her heart broken, moved out of her mother’s house and got married. In “Lonely Call,” RaeLynn sings about a flaky guy that only calls her when he’s lonely. With lyrics like “Now I’m just a midnight number, familiar voice / When you start to wonder if you made the wrong choice / So let it ring all night long / Cause I ain’t your lonely call” she spells out that she won’t be anybody’s backup plan. But during the bridge she shows her vulnerability to the situation while chanting “Let it ring / Let it ring, girl”. “Lonely Call” as a whole brings up a valid and incredibly important point most girls learn in college. If you have to debate if you should pick up the phone, PLEASE do NOT answer the call. In “Trigger,” RaeLynn seems to be singing about the same unreliable guy, willing herself to resist his empty attempts to make amends. If there’s one thing to be taken away from listening to this album it’s that you don’t want to break RaeLynn’s heart under any circumstances, unless you want to feel the burn of a Taylor Swift song circa 2009.

While Wildhorse took five years to create, all it took was five hours after being released to climb to the number one spot of the country charts on iTunes. This isn’t entirely surprising though. Between all of RaeLynn’s unique storytelling ability and distinctive vocals that stand out from any female artist you’ll hear on country radio, there isn’t a single track on this album you’ll want to skip (something you’ll almost never hear me say).

With all RaeLynn’s glitter, dirt, blonde hair, Texas spunk (seriously I think this chick is my spirit animal), RaeLynn is well on her way to being one of country music’s next big female artists. I know it’s only March, but I’m calling it… Wildhorse is the country record of 2017!

Catch RaeLynn on her first headlining tour starting this April and try to make it through the “Love Triangle” music video below without reaching for a tissue: