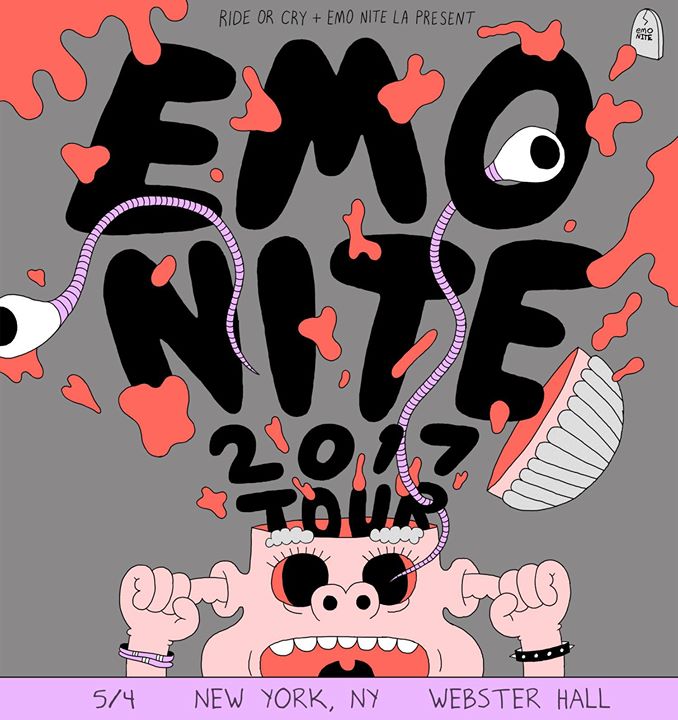 Whether or not you’d like to admit it, we all went through an “emo” phase at some point in our lives. Some may hide their emo past with a newfound love for indie or rap music, but some of us, myself included, are still very much in their emo music phase and have no reason to leave it behind.

Times have changed and people grow, but certain songs stick with you forever. My friends all joke around that I still listen to music from high school, and they’re definitely right (granted, I still follow the artists and listen to their new music as well). There’s something about the old emo music scene that is comforting to me, and whenever the intro to any of those songs play everyone gets insanely happy and reverts back to their old selves.

In the past few years, club and bar nights have been dedicated solely to this certain genre. “Emo Nights” have become more popular and have given people a reason to go out and feel the burning nostalgia of a simpler time. Almost every major city has a group that runs the monthly event!

If your city doesn’t have an Emo Night, have no fear! Emo Nite LA is coming to you! Emo Nite LA is a group of friends who wanted to throw parties for people who loved this genre. Soon enough, they started inviting some of their big-name friends— Mark Hoppus, Machine Gun Kelly, Sonny Moore, just to name a few. Emo Nite LA is known to travel around the country and bring their party to the fans.

On May 4th, Emo Nite LA will be bringing the party to NYC’s very own Webster Hall for a night of emo jams with some of the coolest people in the scene. If you’re interested in partying with the likes of Machine Gun Kelly, Tyler Posey, The Spill Canvas and Craig Owens, get a ticket here! To prep yourself for the big event, we made you a playlist to jam out to.