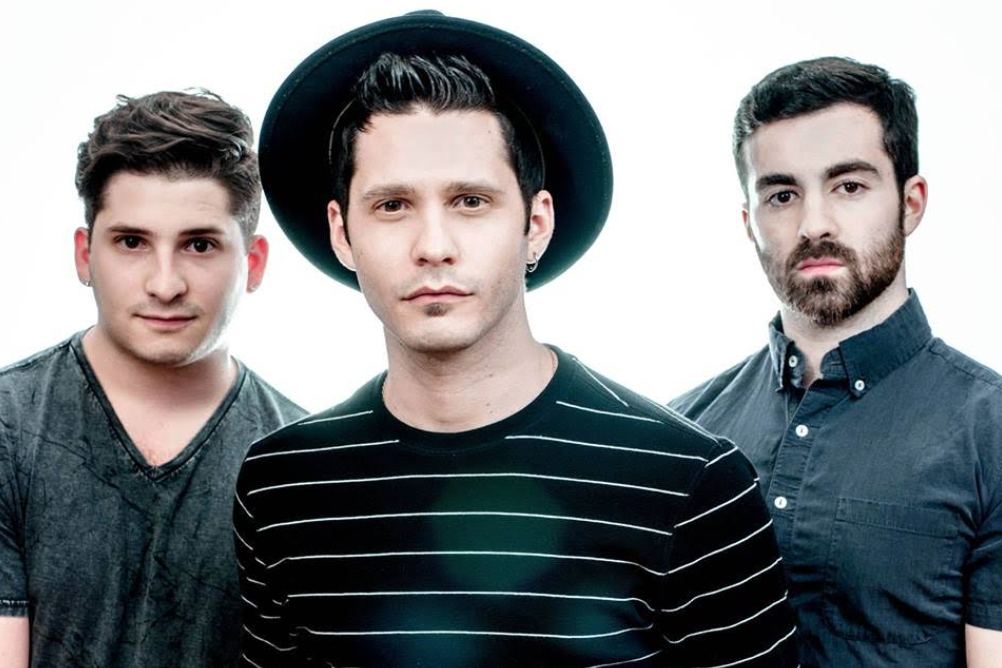 For those of you who are unfamiliar with New York’s newest pop-rock trio, allow me to introduce you to The Running Lights. Mike Squillante, lead vocalist and guitarist, formed the band in the summer of 2015 with his brother Nick Squillante after appearing on NBC’s season three of The Voice and touring with Melanie Martinez. After enlisting the help of drummer Steve Ranellone, the band was complete and they began to post covers on Mike’s YouTube channel for his 20,000+ subscribers. I’m not a Bruno Mars fan, but if The Running Lights cover the rest of his songs the way they covered “Straight Up and Down” I’d for sure listen (just saying!).

With the release of their first original single “Once Upon a Time” on March 31st, the band is radio-ready and has a killer music video (doubling as a lyric video) to match. The track opens with Mike’s distinct vocals taking on the role of a brokenhearted heartbreaker who finally got what was coming for him. While the song progresses and he sings about wondering where his unrequited love spends her nights and daydreams about the beginning to their happy ending, you can’t help but root for the poor guy. Between the trio’s unique sound in this track and a chorus that is begging to be sang-along to, The Running Lights has a single that makes them stand out as a band and a potential summer hit.

I’m not a huge fan of most music videos because so many of them are poorly done and fail to accurately depict what’s going on in the song, but The Running Lights brought the feelings of “Once Upon a Time” to life with a simple performance of the track that will have you rewinding it to watch the video all over again. Following the release of “Once Upon a Time”, The Running Lights will be releasing an EP in late April, so keep these guys on your radar. You don’t want to miss out on the incredible music they’ve got coming for us!

“Once Upon a Time” is now available to buy on iTunes and for streaming on Apple Music and Spotify. Check out the killer music video below: