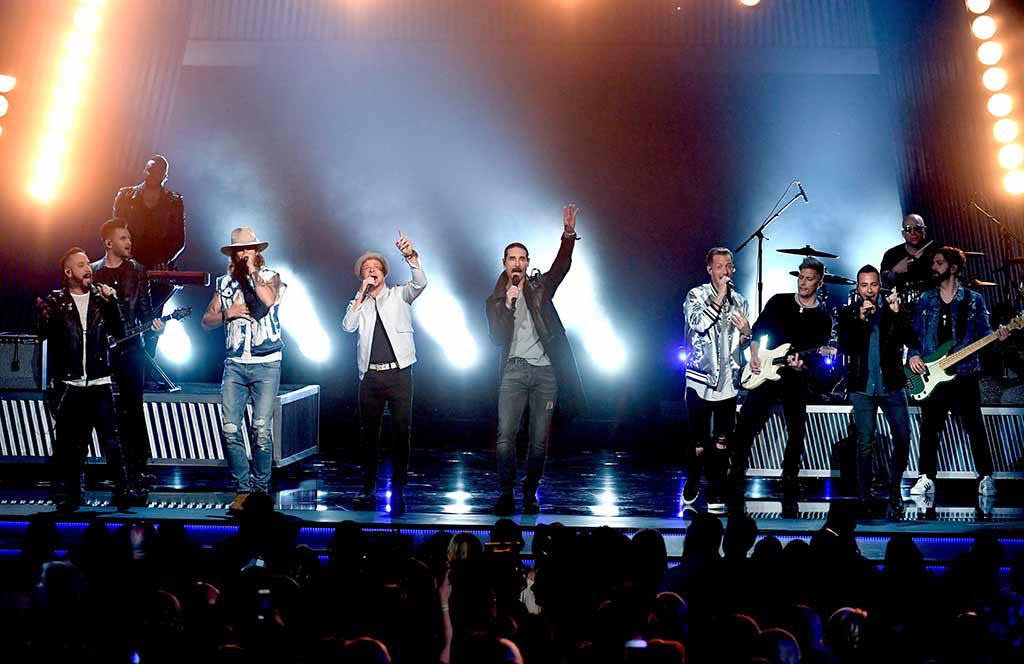 One of country music’s biggest nights of the year was this past Sunday and while all of the performances were killer, I think whoever picked the winners of the night played an April fools joke on all of us. In case you missed it, we’ve counted down the top five moments of the night for you!

This performance was the biggest moment of the night, and according to Billboard, it was also the most tweeted about performance. Last week I said I was confused and intrigued by the collaboration, but when the time came for The Backstreet Boys to join Florida Georgia Line’s performance of “God, Your Mama and Me” I definitely lost any conflicting feelings. The only thing better than five Backstreet Boys is seven! Along with “God, Your Mama and Me,” the two bands performed the old but classic Backstreet Boys hit, “Everybody”. The only thing more entertaining than this performance was Keith Urban, Carrie Underwood, Nicole Kidman and Faith Hill dancing in the audience!

No, that’s not very specific, but how could we choose between the three times she stopped the show?! The Weight of These Wings (check out our review of the album here!) won Album of the Year, which wasn’t a surprise to most country music fans. Miranda made a gutsy move by releasing a double album featuring 24 tracks last fall, but it clearly proved to work in her favor. She gave the crowd a stripped-down performance of the fan-favorite, “Tin Man,” and earned a standing ovation. Who BUT Miranda could earn a standing ovation with just an acoustic guitar and vocals? That wasn’t the biggest moment of the night for the country singer-songwriter though. Miranda took home Female Vocalist of the Year for the eighth (what?!) time in her career breaking Reba McEntire’s record of winning the award seven times.

I have a few questions about this one. When was the last time he even performed at the ACM awards? Just exactly WHO is he entertaining so much that he’s taken this award home two years in a row? Would the Academy of Country Music still not present Carrie Underwood with this award even if she were the only artist nominated for it (yes)? Many viewers took to social media to complain about Jason’s win. The country music community talked for weeks prior to the award show about how confident they were that Florida Georgia Line would take home the award. I mean, how many hits and sold out shows did they have last year? Probably more than Jason Aldean.

Lori McKenna being the first woman to win the honor in the award shows 52-year history is enough reason to celebrate, but the song behind the award is just as great. If you haven’t heard “Humble and Kind” at least once, than you’ve been under a rock. The song, performed by Tim McGraw, is written as a letter to Lori’s children about what she hopes for them to learn as they grow into adults. “Humble and Kind” is the embodiment of country music. Congrats to Lori!

One of my favorite moments of the night (besides Carrie opening the show with “Church Bells”) was when Keith Urban performed his duet “The Fighter” with Carrie Underwood. The stage was filled with electric and neon colors and was proof that Keith earned his Entertainer of the Year nomination. Can someone give Carrie’s legs an award? Can that be a thing?

Country music fans will have to wait until later this fall for another night as big as the ACM Awards, but in the meantime listen to our ACM nominee-filled playlist to relive some of the biggest country hits of the past year!