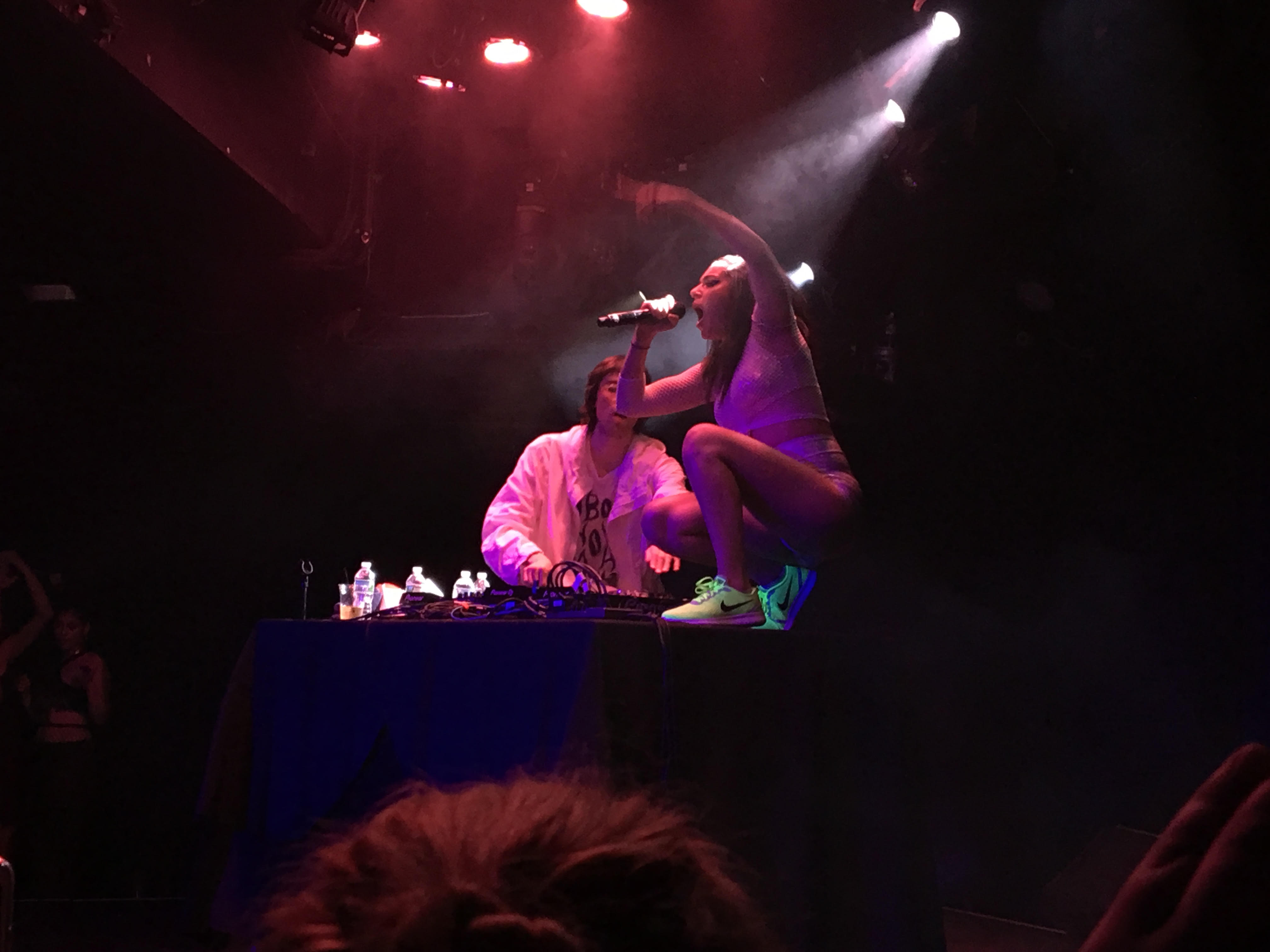 Luckily, I was one of 700 fans who scored a ticket to Charli’s NYC release show at (Le) Poisson Rouge. I’ve been a fan of Charli’s since right before her famous “Fancy” duet with Iggy Azalea hit the charts and she blew up. Since then, I’ve seen Charli live a few times, including a brief set at a charity concert in this past holiday season. Prior to that, I hadn’t seen her since summer 2015.

I anxiously awaited the release show at LPR and it was finally here. Brooke Candy and CupcakKe opened up the show and it was so cool seeing two artists Charli has worked on such awesome projects with in person.

Lastly, it was time for Charli to hit the stage. Around 10PM, she jumped onstage and started her set off with “Roll With Me” from her latest mixtape. She continued her set playing songs from Number 1 Angel, amongst many other songs, new and old.

I’ve mainly seen Charli perform in big venues, but it was such an amazing feeling to see her perform in such a tiny venue with no barricade. Charli was running all over the stage and seemed to have the time of her life performing to such an intimate crowd. My favorite part of the set was when Brooke Candy and CupcakKe joined Charli on stage to perform a special version of “Lipgloss,” followed by “Girl’s Night Out.” They invited female fans up onstage, which turned out to be pretty chaotic, but such a fun ending to a night full of girl power!