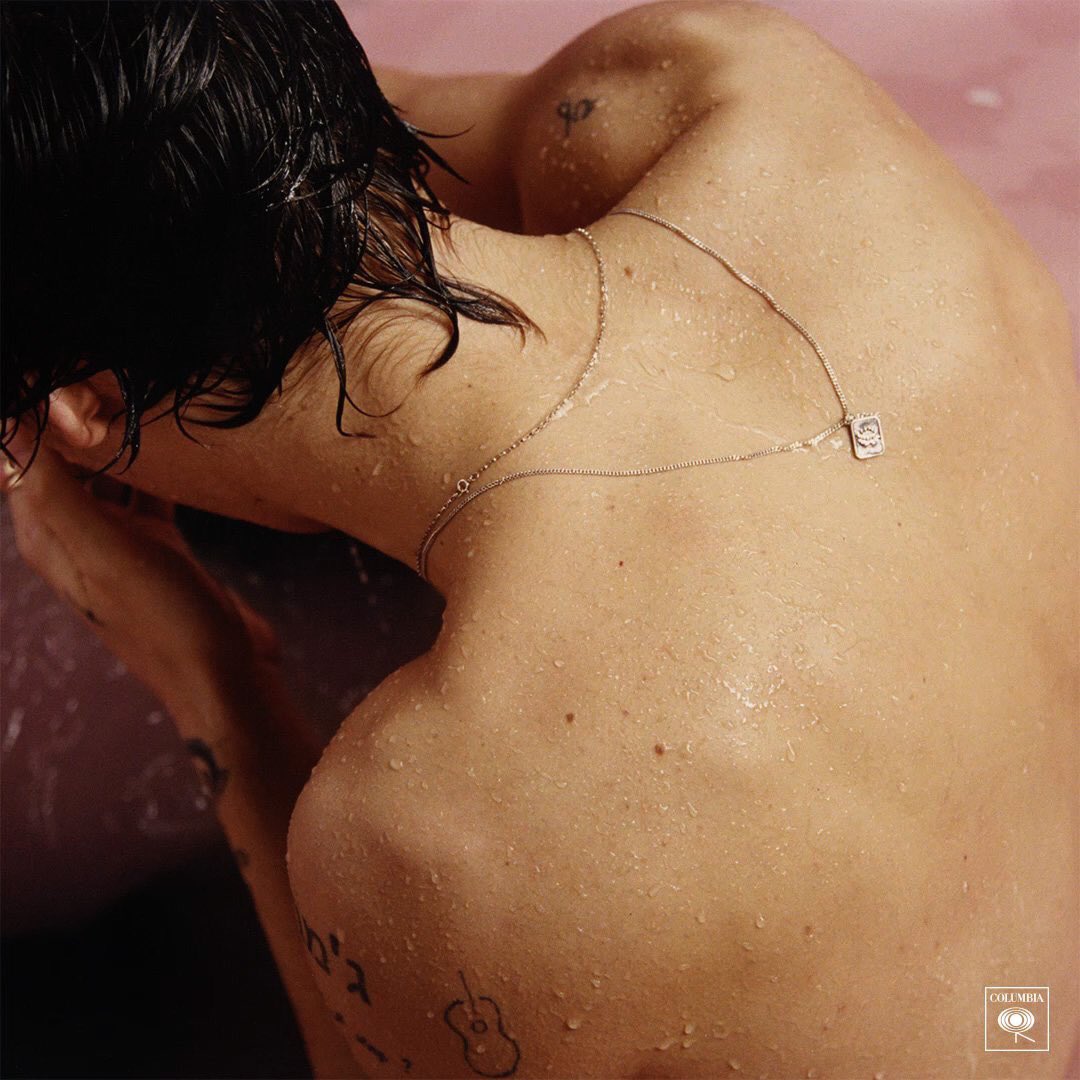 Solo Harry Styles is tearing up the music industry already with just two songs to his name and the world is so ready! Harry just recently revealed that he will be releasing a self-titled album on May 12th, featuring his new single “Sign of the Times.” His album cover follows a pink theme and shows the artist sitting in a colored, floral bathtub. The album will have 10 Tracks. Take a look!

Fans got to hear Styles sing “Sign of the Times” and “Ever Since New York” for the first time on Saturday Night Live on April 15th, hosted by Jimmy Fallon. This was Harry’s television debut as a solo artist. The anticipation for what the rest of the tracks sound like is killing us all, and May 12th can’t come fast enough.

Styles has already announced that the album is currently available to pre-order on iTunes and on his webpage, with packages that include an exclusive white vinyl, the album, and a book full of never before seen photos of Harry’s recording process. The announcement of this album has fans freaking out all over social media. People can’t wait to see what he has been working so hard on. Also, make sure to keep an eye out on twitter for any tour announcements! For now, check out some fan reactions to Harry Styles Single and upcoming album!

harry styles is a living legend who excels in everything he do when will your fave ever https://t.co/VKBU8dY7rZ

Me: I HATE the color pink
Harry: *Album has pink aesthetic*
Me: pic.twitter.com/zTQs9dofQQ

Me: I really really hate kiwis…

Harry: *has a song named kiwi*

I'm beyond excited for Harry's new album. I have that shit preordered pic.twitter.com/x1FTRfNucx

I LOVE HIM WITH ALL OF MY HEART I WOULD CHOP A TREE DOWN AND SERVE IT TO HIM ON A PLATTER pic.twitter.com/Un7OyH5FGK

I NEED IT RIGHT NOW pic.twitter.com/mbzmhuHCcJ

OH MY GOD WHAT pic.twitter.com/VrNgdw9RvJ

I can't believe I've just preordered Harry album? I never thought in a million years this would happen

Someone: hi
Me: HARRY' ALBUM IS OUT IN MAY 12th pic.twitter.com/4PDtvuvkpY