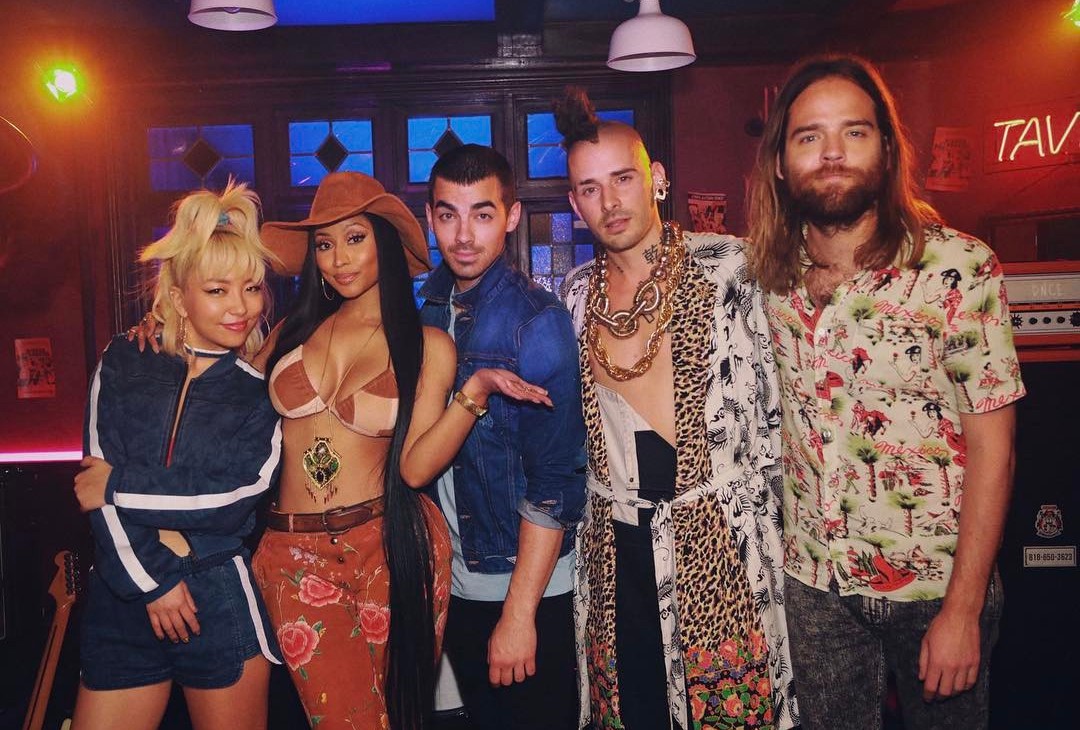 DNCE had a summer smash last year with their debut single, “Cake by The Ocean,” and by the looks of their new single, “Kissing Strangers,” they’re hoping for another one.

“Kissing Strangers” sees DNCE teaming up with Nicki Minaj for a rap feature during the bridge. The song is exactly what you’d expect from DNCE: funky, dance pop music that gets stuck in your head after just one listen. The verses have a finger-snapping rhythm, while the chorus, which consists of DNCE-frontman Joe Jonas singing, “Kissing strangers, til I find someone I love/Kissing strangers, til I find someone I trust,” coupled with the sound of “na na na’s” is irresistibly infectious and will make you want to dance.

The lyrics fit in well with the 20-something hookup culture. The song is about finding and making a connection with someone in “2000 something,” which in DNCE’s case, leads to kissing a lot of strangers until you find that person. The core of DNCE’s fanbase, which consists primarily of millennials and 20-somethings, will probably find it relatable.

Nicki Minaj’s rap verse in the bridge adds a fun element to the funk, dance pop song. In one part of her verse, she raps, “He got that bomb, I think I’mma call him dynamite/I gotta lotta sons, I can show you all the sonograms/Me? I’m Jem, and these bitches is the holograms.” Nicki has a history of rapping in different voices in many of her own songs. For her feature, she brings out a few of them and absolutely kills it.

DNCE confirmed in a recent interview with Billboard at the Revolve Festival that they are continuing to work on new music. It is unclear at this time if “Kissing Strangers” will serve as the lead single for DNCE’s follow up to their debut, self-titled album, which released late last year. Joe Jonas stated in the Billboard interview that the new music they’re working on could be “an EP, an album or just more singles” and that they “don’t want to put a label on it” just yet. Regardless, it’s exciting that DNCE is continuing to release new music so soon after their debut album dropped.

With a catchy melody, relatable lyrics, and a killer verse from Nicki Minaj, DNCE could very well be on their way to scoring another top hit at pop radio. Time will tell.