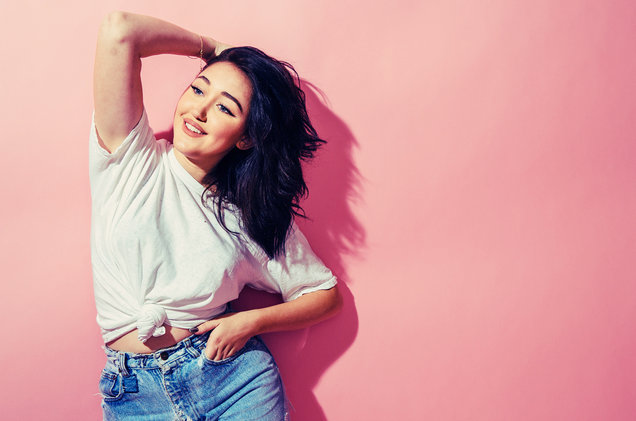 Many of us grew up listening to Hannah Montana (a.k.a. Miley Cyrus). Now, not only do we have Miley, but we now have her little sister Noah, too! “Make me (Cry)”, Noah’s debut single, absolutely rocked the charts and she just recently released her new song “Stay Together” on April 14th. This is definitely a different side of Noah that we haven’t seen before. Her voice is very mature for her age and gives off a soul and R&B vibe. The track also showcases some pop/rock influences as well.

When the chorus hits, the line, “Nothin’ lasts forever but wouldn’t it be nice to stay together for the night?” is something all teenagers, and even adults can relate to. In my opinion, that’s a definite necessity in a hit song. It’s so important that artists make sure that their listeners can easily relate to their music and make them feel something. The beat to this song is neither slow nor fast, and it’s perfect for almost any occasion. You can definitely jam out to this in the car with your friends. Also, the entire chorus is SUPER catchy, and you can’t help it when it gets stuck in your head!

Since this song has been released, it’s done very well all around the world. On iTunes, it debuted at #90 and reached a peak position of #71.  Although it hasn’t been as successful as her first single, millions of people are loving this sultry song. For me personally, I’m hoping that this song is an even closer preview to what her debut album will sound like because then it will be absolutely incredible!

Noah also has many events lined up, including KIIS FM’s infamous Wango Tango on May 14th.  She will be playing The Village and main stage, alongside Niall Horan, Katy Perry, the Backstreet Boys and more! I don’t know about you, but I’m so excited to see Noah’s career blossom, which is inevitable with songs like “Stay Together.”  Make sure to tweet us, @Soundigest with your thoughts on the song!

You can purchase “Stay Together” on iTunes or stream it on Spotify now!