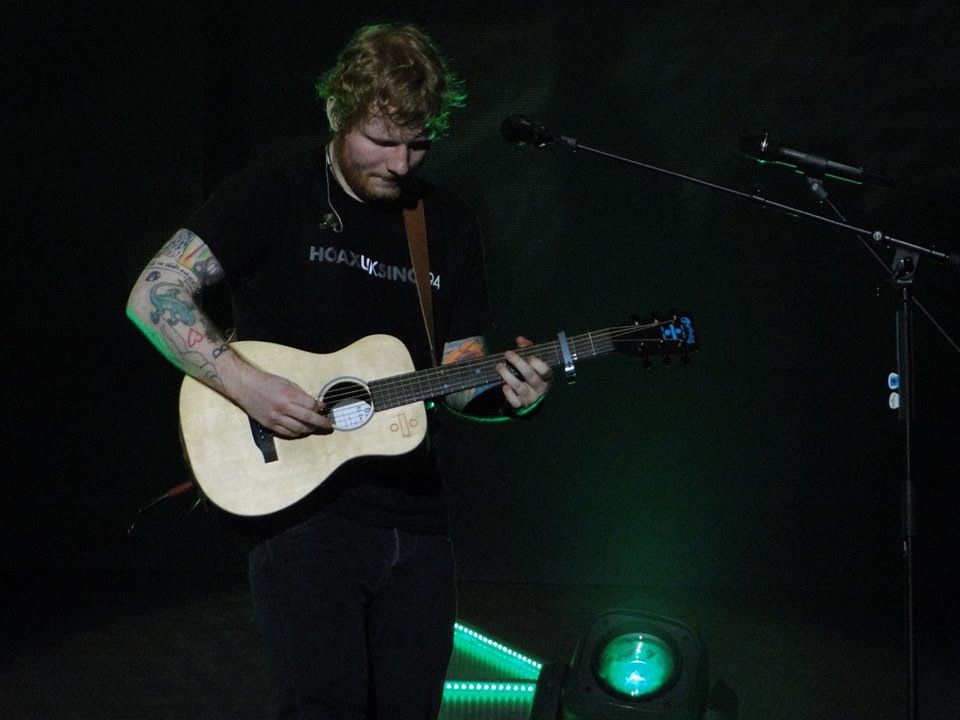 Earlier this month, I found myself at yet another concert overseas— this time in Glasgow, Scotland. I planned my trip to the UK around Ed Sheeran’s Divide Tour, as I thought it would be an interesting experience to see Ed perform in his home country. Once again, I found myself in another foreign country, without any tickets. The only thing I arrived with was the determination to get into to the show. What happened on that rainy Sunday, April 16th, reminded me why I continue to pursue music so vigorously.

The hardest part of the whole ordeal was that Ed was not allowing any resale tickets to go up on Ticketmaster or Stubhub, in order to protect fans from scalpers. By the way, I have a lot of respect for Ed’s team for doing this, as it ensures that only actual fans get access to tickets. The show was sold out, so we figured our best bet was to try to reach out to Ed’s team on social media and ask how to go about getting tickets, given the strict policy on resales.

I tweeted Ed’s manager, Stuart, and was pleasantly surprised to get a response in my Twitter DM’s! I told him that my friends and I traveled long distances specifically for this concert, and he responded by asking for my contact information. Soon enough, he put me in touch with Ed’s tour manager, who arranged to meet us at the venue to give us the permission to buy tickets. We all felt so much appreciation for Ed’s team that they went out of our way to help us to get access to the show. I have this new level of respect for Ed and his team for genuinely showing so much care and concern for the legitimate fans.

But wait! It doesn’t end there. Once we got inside the venue, there was a contest to win a VIP upgrade. We chatted with the people hosting the contest, and also let them know that we traveled so far to be at this show. To enter the contest, we took a photo with their red couch holding up our passports. Right before Ed came on stage, we got a message that we won the VIP upgrade! A friendly staff member put wristbands on us and escorted us into our exclusive suite with the most comfortable red couch (not that we sat down during the show at all)! It was awesome being recognized as a huge fan. And of course, a special thanks to Clydesdale Bank for the opportunity!

The concert itself was worth traveling all the way to the UK for. Ed came out playing his opening track from Divide, “Eraser”. The set was a fair mix of old songs as well as new ones from Divide. Just like back in 2014, it was just Ed, his guitar and his loop pedal. I personally thought the highlight of the set was the finale— “You Need Me, I Don’t Need You”, where Ed especially showed off his rap and loop pedal skills. I was very excited to get to see the Divide Tour before it came to America! On that note, I do recommend that everyone see Ed Sheeran when they get the chance. The talent is incomprehensible.