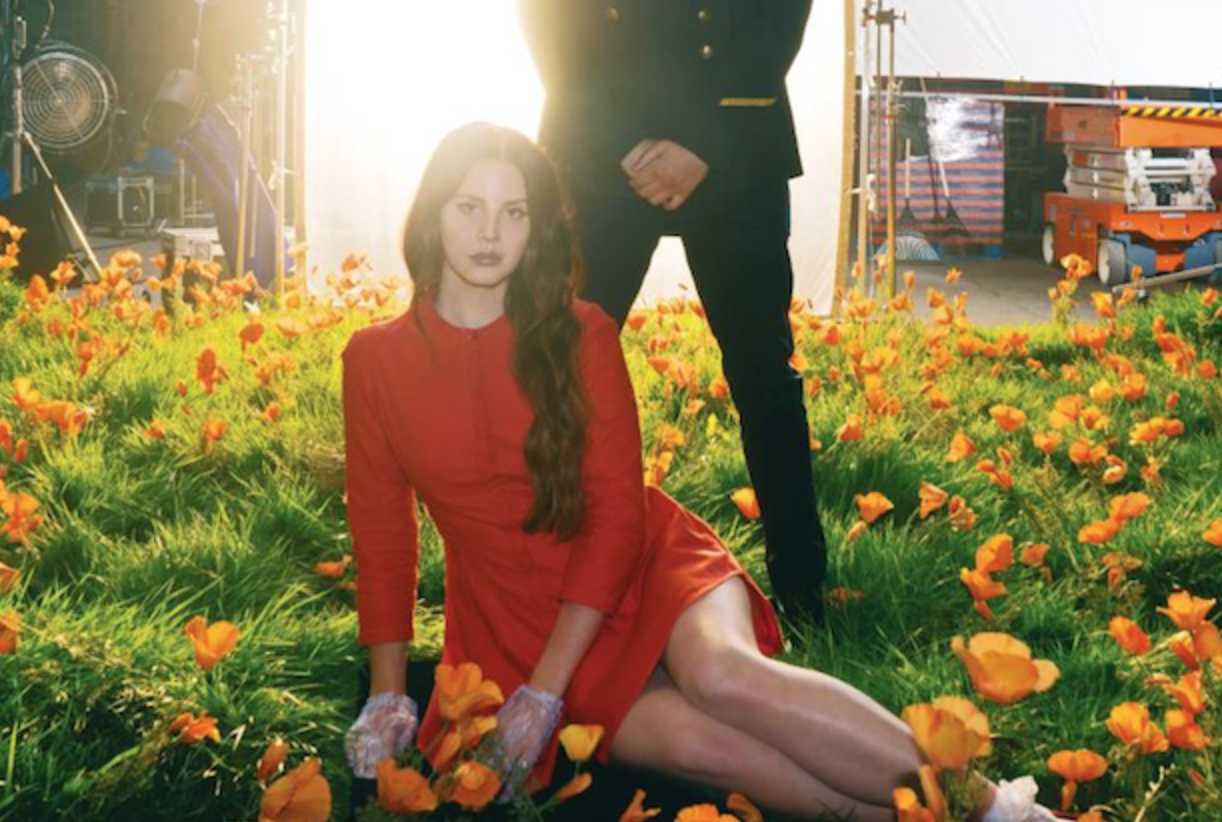 It’s easy to forget that Frank Ocean came into his own back when he was a member of Odd Future with songs like “Analog 2” and “White.” Years later, even though Frank has distanced himself from his Odd Future persona and his record label, his friendship with Tyler, the Creator has remained strong. They’ve worked together on almost all of each other’s albums, most recently, “Pink + White” featured on Frank Ocean’s Blonde. Frank also references their friendship in the final track on Blonde,  “Futura Free,” when he raps “Tyler slept on my sofa, yeah/n****s go back that far.”

The pair has joined forces again in their newest release, “Biking,” which also features Jay-Z on the intro. Old man Jay sets the mood reminding us right off the bat that much like the wheels of a bicycle, “Life goes in cycles/Everything that comes around goes around.” He spouts a couple of decent rhymes behind a scattered, distorted piano melody, and then hands the song over to Frank.

There’s something beautifully off about the moment that Frank takes the wheel from Jay, steering the song into an entirely different direction. His milky vocals are met with acoustic guitar and Frank guides us through the majority of the song. Frank’s greatest strength as a lyricist is his ability to write as if he’s in motion. As a writer, ideas tend to pour out while driving (a car, a bike, even just sitting on a train), and Frank has always been able to capture that in his lyrics. While he is the main attraction in “Biking,” Tyler, the Creator finishes it off strong with his trademark (somewhat creepy) deep vocals, which sound far more reminiscent of Wolf (2013) then they do of his most recent album, Cherry Bomb (2015). – Drew Allen

Lana Del Rey is back and stronger than ever with her shocking new lead single “Lust for Life” featuring none other than the starboy himself, The Weeknd. On April 19th, she released the first song on her highly anticipated new album set to be released later this spring. As if we couldn’t be any more impressed with her ethereal vocals and mesmerizing lyrics, Lana came back with a bang ready to take on this era with full force.

“Lust for Life” is very different from anything Lana has ever released. This track can be perceived in many ways. But what stands out the most is how this song beautifully represents a bond between two people so strong that the love is dangerous. So dangerous that it can quench their thirst for living their lives to the fullest. They don’t let other people (or society) dictate how to love each other. “We’re masters of our own fate; we’re captains of our souls” proves that we decide what’s best for us is love. Although Lana and Abel are both known to be very sexual artists, this song shines a new light on them as artists individually and collaboratively.

Del Rey is definitely up to something with this new single. She made a risky situation sound so angelic and soothing, and that’s what I love the most about her. This has been one of her most popular songs to date and it’s just the beginning. Everyone better look out, she’s coming for the top spots with this new album. “Lust for Life” is currently available for purchase on iTunes and streaming on Spotify and Apple Music. – Tamara Chapman

When Harry Styles released his first ever solo single, “Sign of the Times,” just a few weeks ago, the world simply wasn’t ready. Looking back, it’s unclear what exactly everyone was expecting from the British pop star, but what is clear is that he has surpassed any and all expectations, regardless of what they were. The single is chock full of metaphorical and heavy lyrics, and when the chorus rolls around Harry jumps up into the most angelic falsetto you’ve probably ever heard in your entire life. As a whole, the song is reminiscent of 70’s rock, but it refurbishes the decades-old style in a way that makes it important again. We don’t have much else to say about this PERFECT piece of music, aside from the fact that Harry Styles can do absolutely no wrong. – Jordyn Tilchen

Jack Antonoff, the frontman of the band Bleachers, is known in the music industry as one of the most talented producers in the game. What many people don’t realize is that in between producing hits for artists such as Lorde and Taylor Swift, Antonoff is actually busy writing music for Bleachers, and he enlists the help of A-list artists to help him do it!

Bleachers’ latest single, “Don’t Take The Money,” is a product of a late night recording session with Lorde, and the song is primarily about Jack’s relationship with Girls star, Lena Dunham. In Jack’s own words, the song is about “when you’ve tried your best to destroy yourself and someone else but it’s too strong to be destroyed. When you’ve tried to fling you and your partner out of an emotional window but you keep landing in heaven.”

Although the single is so lyric-heavy that we probably could dive in deep and dissect every little thing to better understand Antonoff and Dunham’s relationship, we’re simply too busy shouting the lyrics mindlessly at the top of our lungs.  If Jack and Lena keep landing in heaven, then this song is what heaven sounds like. We can’t wait for the full-length album, Gone Now, out June 2nd! – Jordyn Tilchen

Justin Bieber sort of blew us away this month with the unexpected. Not only with new music, but new music….in Spanish! Earlier this month, the “Despacito” Remix was released with Justin featured on verses and the chorus. This song was originally released by Luis Fonsi and Daddy Yankee entirely in Spanish.The song opens with Justin singing in English, but halfway through the song he jumps into flawless Spanish! I think Justin experimenting with other music styles shows his interest in developing himself as an artist beyond the pop scene. This brings me back to my belief that music is universal, regardless of language. It excites me that Justin brings attention to music in the Spanish language to an audience that might not necessarily be exposed to it. My favorite line is, “this is how we do it down in Puerto Rico”– it brings me back to my own tropical vacation in Puerto Rico! Let’s just say that if Justin wanted to hop over to reggaetón, we wouldn’t even complain. –Anna Glinski