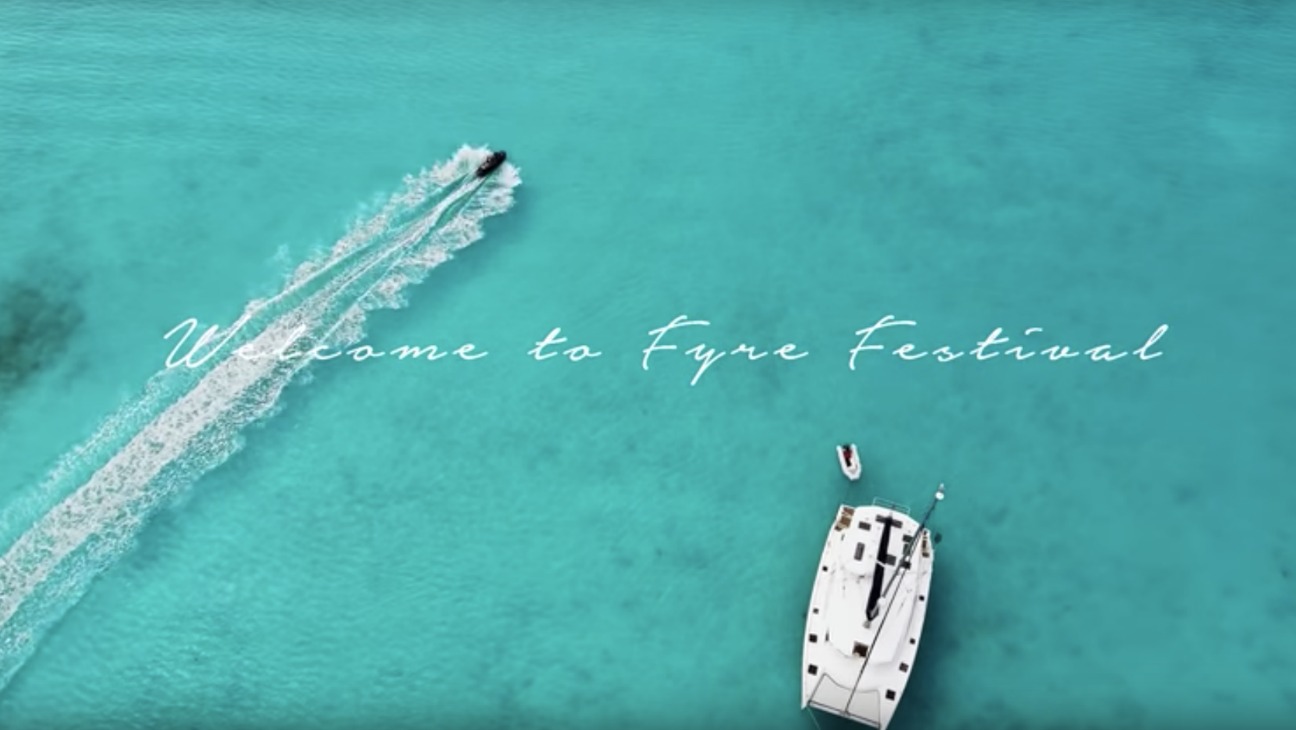 The Fyre Festival, promoted by rapper Ja Rule and businessman Billy McFarland, was yet another music festival set to take place this month, but this time it would take place on the ~exotic~ private island of Great Exuma, Bahamas. However, this music festival wasn’t just for anyone. The Fyre festival was specifically marketed towards an elite group of wealthy, young adults, with tickets ranging anywhere from $1,500 to $12,000 a pop. I know what you’re thinking: who would do that? Just wait… it gets better.

Attendees of Fyre Fest were promised a once-in-a-lifetime experience, and we’d say they got it. Guests began arriving to the Island by airplane on Thursday, April 27th, only to find themselves in the middle of a desolate island with less than luxurious accommodations. Just mere hours after their arrival, tweets surfaced from festival-goers who were pleading to be rescued, claiming that flights were being delayed and cancelled, baggage was being mishandled and belongings were being stolen. And as if it couldn’t get any worse, they were served processed cheese on wheat bread and salad (no dressing).

After headliners Blink 182 cancelled their performance, festival staff knew they wouldn’t be able to pull this off and they announced that the festival would be cancelled. Maybe this wouldn’t have been such a problem if it took place near some sort of civilization, but many attendee’s were actually stranded on Great Exuma for the better part of the weekend with limited resources and few answers as to what exactly happened. However, you’ll be pleased to know that the guests will be receiving full refunds and VIP tickets to 2018 Fyre Fest, which will take place at a location somewhere in the United States… so get your tickets now?

While it’s rather unfortunate that so many gullible young people splurged on this too-good-to-be-true festival, we have to be honest… we’re SO glad this happened! Because of this absolute monstrosity of a music festival, we have seen some of the BEST memes and tweets to possibly ever hit the World Wide Web. Check it out:

#fyrefestival was a social experiment done by the parents of these kids to see if they could make it in the real world . #epicfailurekids

Fyre Festival is a good reminder that if a very rich man with no experience promises everything will be
Incredibly great, run.

"Hey guys what time do The Chainsmokers and Migos come on" #fyrefestival pic.twitter.com/a8je5qZdC3

Where's the 'Checked in as safe' option for #fyrefestival on Facebook

Whoever marketed #fyrefestival needs to be hired to sell the idea that I have my life together and that everything's going fine.

Honestly #fyrefestival should be proud of its achievement as largest scale and most successful catfish of all time.

A $5 sandwich vs a 12k sandwich #fyrefestival pic.twitter.com/O8MiJ6E4at

GUYS GUYS ITS OK KENDALL WENT TO #fyrefestival IM SURE SHE BROUGHT ENOUGH PEPSI TO FIX, THIS CALM DOWN.