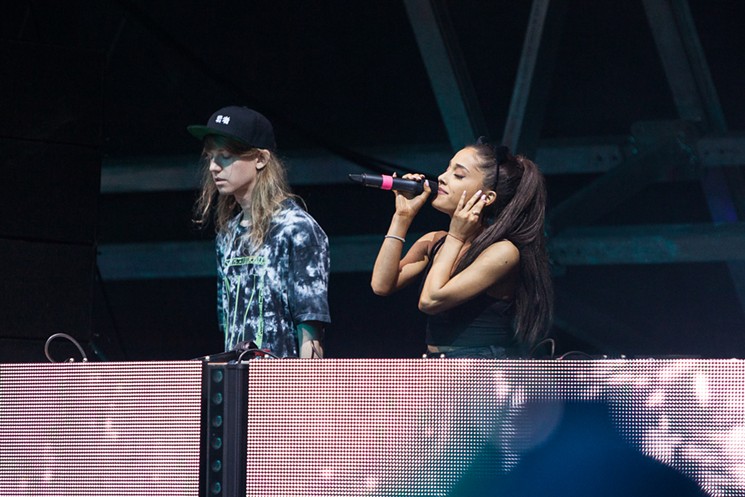 Cashmere Cat, a Norwegian DJ-producer, just dropped his new album, “9,” which features collaborations with several female artists, including Ariana Grande, Camila Cabello and Kehlani. Cashmere Cat is well known for his unique beats and has collaborated with many of today’s top artists over the last few years, Selena Gomez, The Weeknd, and Ed Sheeran, to name a few. “Quit,” his collab with Ariana Grande, marks his third song with the pop singer, following 2014’s “Be My Baby,” and 2015’s “Adore.”

Australian singer and songwriter Sia penned “Quit”; her low-quality demo of the song leaked a few months back.   Her influence is noted on the song with its crisp melodies and haunting lyrics. The song is the classic story of a girl in love with someone very bad for her. “They say ‘No, don’t pick up the phone/Let them think there’s nobody home’/But I’m under your spell,” Ariana confesses. “I can’t quit you,” she sings in the chorus. Then, she croons, “Yeah I’m gonna regret it/I know I’m gonna regret it” over Cashmere Cat’s tropical beat.

The overall tone of the song is quite dream-like and moody. It’s half-powerhouse ballad and half-tropical EDM, an interesting blend that fits in well with the majority of hit music in 2017. It’s the perfect song for Ariana to showcase her powerful vocals and there is something beautifully haunting about the song. “Quit” shouldn’t have a problem rivaling the other top songs on pop radio.

Personally, “Quit” is my favorite of the three collaborations that Ariana and Cashmere Cat have created. “Be My Baby,” their first collaboration, was also one of my favorite songs on Ariana’s second LP, “My Everything.” It’s clear that Cashmere Cat and Ariana make magic together. Here’s hoping they continue to work together!