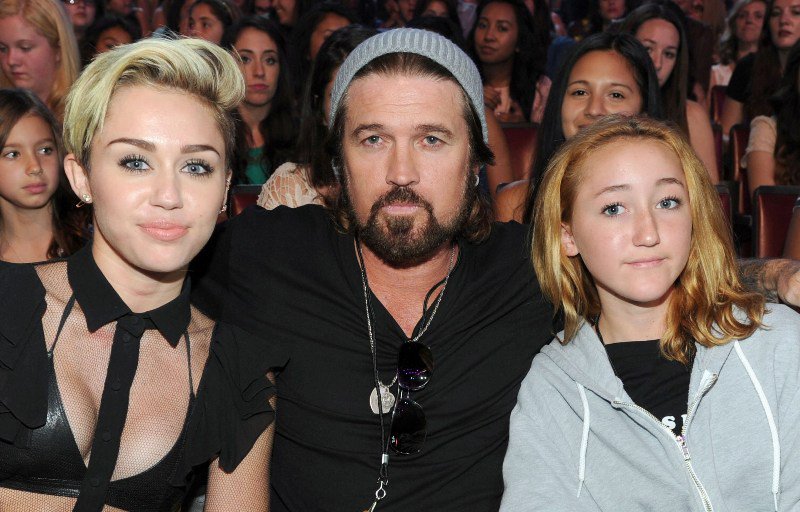 The music industry is filled with celeb siblings, and while it’s hard enough to live up to a successful sibling in an everyday, normal life, try being the sibling of a famous musician! Living up to the legacy created by a superstar sibling could be very difficult, especially if you’re trying to break out from their shadow. Constantly being compared to a “more successful” sibling makes it extremely difficult for some very talented musicians to create their own individual careers.

Often times, the credibility of these “less famous” siblings are questioned by listeners. Some people shoot them down immediately, chocking up their fame completely to their sibling and not crediting them for any of their hard work.  This brings about the question of whether or not they’d actually achieve fame on their own. Unfortunately, these people have to live with these doubts their entire lives, not ever knowing if they’re only famous because of their more well-known sibling. Sometimes it’s easy for their music to become popular, but it doesn’t always become popular for the right reasons. Here are some musicians who are struggling, or have struggled with coming out from behind their siblings shadow:

Currently, Miley Cyrus’s younger sister Noah is trying to make it in the music industry. Her song “Make Me (Cry),” which was released in 2016 received a very positive reaction from listeners and showed many people just how serious she is about her solo career. But, if it weren’t for Miley, would the song have been as popular? Would anyone even know who Noah is? Even if Miley wasn’t Noah’s sister, their father, Billy Ray Cyrus, is well-known for his career as a country singer. Because of Billy’s success, Noah would presumably gain fame through her father rather than Miley, but who’s to say she would’ve been nearly as popular if that were the case?

This can be considered both a blessing and a curse for Noah. She has a family filled with people who have made names for themselves in the industry, but she’s also constantly going to be compared to them. Even when she was younger, Noah was often only in the limelight because of Miley. The reality is that she originally gained fame for being Miley’s sister, and she’ll always bear that title.

Another celebrity sibling duo is Beyoncé and her sister Solange. Beyoncé has claimed the crown as queen of the music industry, so where does that leave her sister? It’s doubtful that Solange will ever be able to reach the incredible amount of fame her sister has, but Beyoncé’s fame has definitely helped fuel a lot of Solange’s career. I mean, having the title of Queen Bey’s sister is a pretty big title, but unfortunately she’s referred to as Beyonce’s sister more often than she’s referred to as Solange, making it difficult for her to really find her place in the industry.

If you watched Zoey 101, you’ll definitely remember Jamie Lynn Spears from her role as the lead character, Zoey. And I’m sure you know her sister, the “Princess of Pop,” Britney Spears. While Jamie did a good job gaining fame through her own acting gigs, her music career doesn’t seem to be taking off in the same way. She’s currently trying to make a name for herself as a country singer. Country is very different from Britney’s musical style, which helps in distinguishing the two creatively. However, it doesn’t allow fans of Britney’s music to also latch on to Jamie’s sound. On the other hand, Noah, whose music isn’t super different from her sisters in terms of genre, is able to gain fans through Miley. But in Jamie’s case, unless they also enjoy country music, Britney’s fans might not be so quick to listen to Jamie’s music!

Jessica Simpson has made her claim to fame through music, reality TV, acting and entrepreneurism. Her sister Ashlee Simpson also longs for the limelight. Jessica has definitely claimed the role as the more successful sibling. Just looking at everything Jessica has achieved makes me wonder whether Ashlee felt like she could ever measure up. In 2004, Ashlee released a song called “Shadow” where she opened up about how she was “Living in the shadow of someone else’s dream.” The song was clearly referring to living in her sister’s shadow. The dark lyrics showcase the emotional toll that this type of fame can take on someone, while also revealing how many of these sibling starlets really feel.

Julio Iglesias, Jr. never seemed to feel the same way Ashlee did, and he’s making his own claim to fame. His brother, Enrique Iglesias, gained much more popularity, especially in the United States, making him the superstar of the two. However, Julio has released music of his own and was also a former fashion model. The brothers actually aren’t all that different, but Enrique just seemed to end up being the sibling who stole the show. Enrique’s fame in the United States solidified his place in the music industry, while Julio’s lack of U.S. fame has proven to be his biggest downfall. He could easily have his brother endorse his work, but then how will he ever be known as Julio, instead of Enrique’s brother? See the problem?

To some it may seem like having a sibling that has already achieved superstardom in the music industry is a great thing, but in reality it’s filled with hardships. Its an extremely delicate topic and no matter what the rising star does, it’s probably going to seem wrong. The amount of backlash they receive for being related to a star and wanting to have their own career is overwhelming. Their careers aren’t often taken seriously, making it hard for them to gain genuine fans. Stardom under a sibling’s shadow seems to be filled with difficulties, but that doesn’t mean they shouldn’t put their best foot forward and try to have successful careers if they’re really passionate about music too!