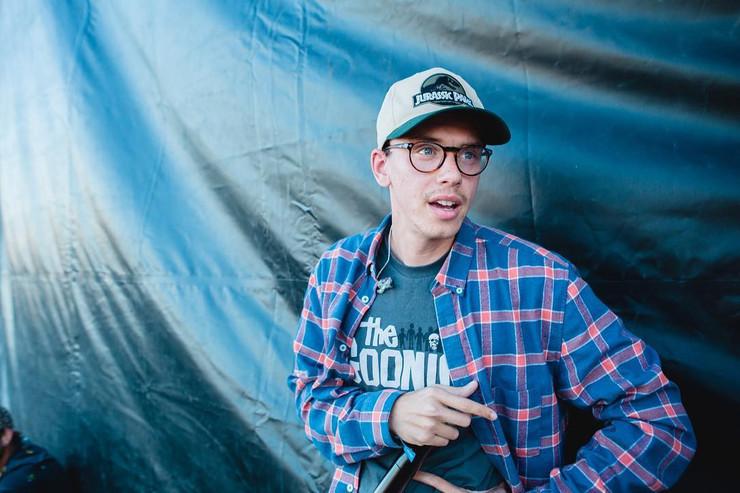 As the entire RATT pack (aka the Logic fanbase) patiently awaits for Logic’s third studio album Everybody, we are pleasantly surprised by the hints, teasers, and singles he’s been dropping recently.

On the early morning of April 28th, Logic released his third single, “1-800-273-8255” from the upcoming album featuring Alessia Cara and Khalid. Based on Logic’s carefully chosen title, his message is blunt. The motivation behind the track revolves around the act of suicide. In case you weren’t aware,“1-800-273-8255” is the current National Suicide Prevention Hotline. The title itself drops a major warning that this song cuts deep, even before you press play for the first time.

In an interview with Genius, Logic elaborates on the inspiration behind his bold decision to bring up such a touchy and taboo topic. He explains that from the very beginning of his rap career many fans have thanked him for saving their lives. He admits that deep down “I wasn’t even trying to save somebody’s life…and then it hit me…(with) the power I have as an artist with a voice, I wasn’t even trying to save your life…now what could happen if I actually did?” Hence, the built in safety net of the single’s title. “1-800-273-8255” should spread awareness and support to anyone who may need to give the hotline a call.

The dynamic approach to this entire topic is not only eye-opening, but inspiring. The first hook and verse is played out from the perspective of the caller, who’s on the verge of taking their own life at that moment. Logic’s thought provoking lyricism reveals the emotional rollercoaster the caller must go through as he raps intrusive thoughts like “I’ve been praying for someone to save me, no one’s heroic, and my life don’t even matter I know it… I know I’m hurting deep down but can’t show it.” Between the self conflicting lyrics and sappy string instrumentals, I can almost guarantee that this rush of emotion will make you shed a tear (or at least give you goosebumps).

About halfway through the song, Logic takes on a different angle to address these suicidal thoughts. He switches to the perspective of the hotline operator on the other side of the line, preaching “but you gotta live right now, you’ve got everything to give right now.” With the help of Alessia Cara and Khalid’s angelic vocals, they share what they believe makes life worth living. Alessia’s wise words motivate the listener to overcome their struggles, because it feels like “the very first breath when your head’s been drowning underwater.” Closing the song, Khalid now plays the role of the suicidal caller who has changed their outlook on life. He expresses his realization that this act is a permanent solution to a temporary situation. In the last few seconds of the song, Khalid admits he’s “moving til’ my legs give out” because he’s decided he no longer wants to die.

It’s important to recognize just how effective this track will become for listeners. Whether you’re struggling to get out of bed everyday or you feel you’re on top of your game, this song will make you feel some type of way. “1-800-273-8255” can relate to anyone who may feel trapped in that dark place. It exemplifies the importance of seeking and accepting help, showing that just one phone call can save someone’s life. The amount of compassion Logic expresses to anyone listening truly shows how much he cares for humanity. Even though he has previously stated that he’s never personally experienced suicidal thoughts, he still makes an effort to inform listeners that they are not alone. This ties into the main concept for the album. Logic plans to incorporate an angle for everyone. He wants every listener to feel they can connect to his music in at least one way, shape, or form.

Who else will Logic be representing on the album? It looks like we’ll just have to wait and see. Everybody is expected to drop this coming Friday, May 5th.