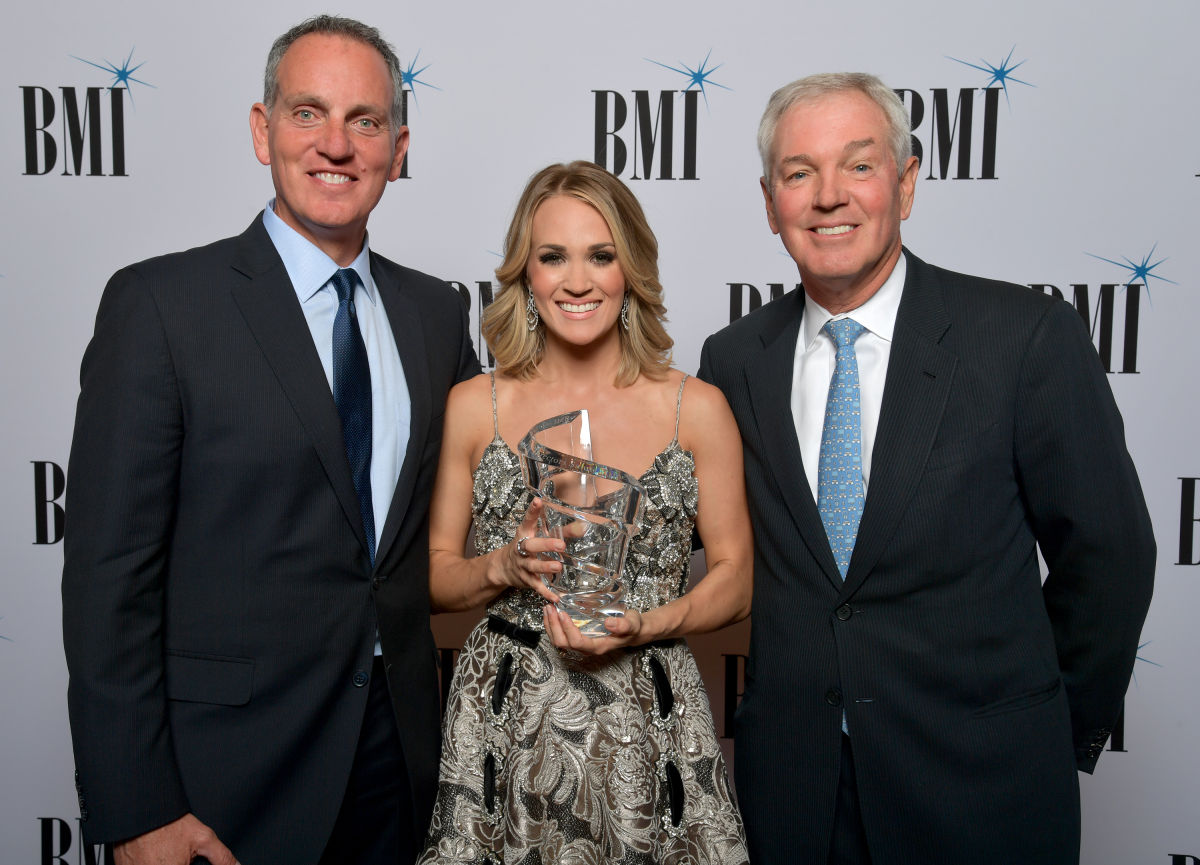 The CMA’s and ACM’s may overlook her more often than not, but country radio sure doesn’t! On April 25th, Carrie Underwood was honored at the 69th annual BMI/NAB Dinner with the BMI Board of Directors Award, an award that goes to an artist who has made a major impact on the broadcast industry.

That’s not the only award the country songbird walked away with that night! Carrie was awarded with three new BMI songwriting awards for “Heartbeat”, “Little Toy Guns” and “Smoke Break” as well as nine BMI Million-Air Certificates for other songs from her music catalog that have earned more than one million plays on the radio.

Immediately after winning the fourth season of American Idol, Carrie started making her mark on country music with her first single “Jesus Take the Wheel” off of her debut album Some Hearts, which (no big deal) is the best-selling solo female debut album in country music history. Since then the Oklahoma native has released five LPs, a greatest hits album, headlined five successful tours and stole all of our hearts.

To celebrate this milestone in Carrie’s career we’ve put together the Carrie Underwood Essentials playlist, filled with hits like “Before He Cheats”, “Blown Away” and “Church Bells”. You’re going to have this on repeat for days!

One thought on “The Carrie Underwood Essentials Playlist”