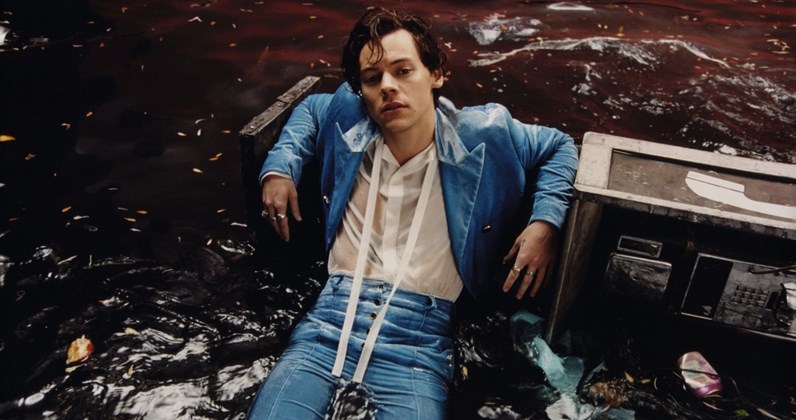 In case for some reason you weren’t already completely smitten with Harry Styles, his new song “Sweet Creature” will absolutely do it to you. The romantic new folk track is the second single off of Harry’s upcoming, self-titled debut album, which comes out on May 12th.

Upon listening to “Sweet Creature” for the first time, you may be shocked at the stunning similarity in style (no pun intended) that the song shares with some previously released Ed Sheeran tracks—so much so that you may even open up a new tab on your computer to see if Ed is mentioned at all in the writing credits. Turns out, Ed Sheeran had nothing to do with this song and the two just share very similar musical styles (again, no pun intended).

The song takes on a subdued quality that his first single, “Sign of the Times,” does not. “Sign of the Times” picks up at certain times throughout and includes some considerably heavy rock elements. In contrast, “Sweet Creature” is smooth sailing all the way through. The song is not intended to pick up at any particular point, and the instrumental does not build on top of the simple acoustic guitar as the song moves forward. Towards the end of the song, the only thing that changes is the passion and conviction in Harry’s voice… and what could be better than a passionate Harry Styles?

If the captivating folk melody wasn’t enough to send you into a trance, the lyrics are also especially moving. The song tells a tale of the beauty and uncertainty of young love. It starts out with, “Sweet creature/ had another talk about where it’s going wrong/ but we’re still young/ we don’t know where we’re going but we know where we belong.” While the lyrics admit that love can be hard, the chorus reaffirms that the trials and tribulations are ultimately always worth it. “Sweet creature/ wherever I go you bring me home/ sweet creature/ when I run out of rope you bring me home.” The chorus is followed by possibly the most enchanting part of the whole tune—the angelic vocal riffs that subtly echo in the background.

With his two new singles out, it’s pretty clear that Harry is no longer going in one direction (pun definitely intended). While each of these singles provokes different feelings from the listener, they both lend themselves well to Harry’s new, solo identity. With each newly released track, we’re able to put together the pieces of the puzzle that make up the self-titled debut. On may 12th, the puzzle will finally be complete and we simply can’t wait!