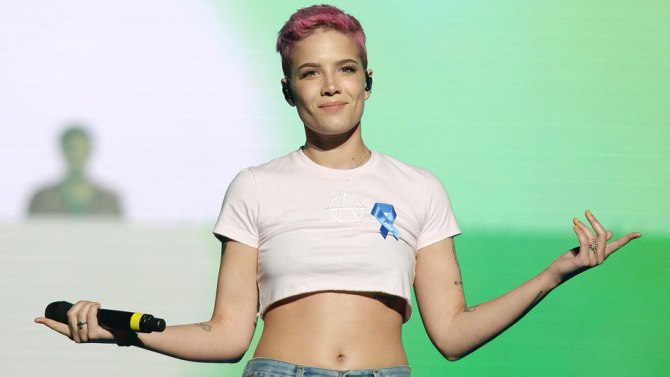 If you weren’t entirely sold on Halsey’s first single, “Now or Never,” from her upcoming sophomore album, Hopeless Fountain Kingdom, perhaps her latest release will better suit your fancy. To the OG Halsey fans out there… this song is for you.

The new single, titled “Eyes Closed,” is a reminder of why we all fell in love with Halsey in the first place. For this track, she brings back those haunting elements that so brilliantly encompassed her debut album, Badlands. While “Eyes Closed” doesn’t stray too far from what Badlands was, there is still a significantly noticeable evolution of artistry, with Halsey continuing to push boundaries in an industry that often tries to fit artists neatly in a box.

Not only is this new release audibly different from her work in the past, but with just a simple Google search of her collaborators on this single, it’s even more clear that Halsey isn’t fooling around. Benny Blanco (Ed Sheeran, Justin Bieber, Maroon 5, etc.), Happy Perez (Frank Ocean, Lil Wayne, Tory Lanez, etc.) and Cashmere Cat, who just recently released a single with Ariana Grande, are the producers Halsey worked with to perfect this track alone. And if you were looking for some more star power in the writing credits, the song was actually co-penned by none other than The Weeknd.

Both sonically and lyrically, the song includes many major signifiers of a Weeknd track. The song itself is a cynical take on finding love again. It’s even questionable whether or not she feels anything for her new love interest, or if he’s just there to numb the pain of the past. The song goes, “Now if I keep my eyes closed, he looks just like you/ but he’ll never stay, they never do.”

After all, maybe this is why we love Halsey so much in the first place. Like always, she continues to tell truths through her music, even if the truth is dark and despondent. And we appreciate her for that. We need her for that.

Hopeless Fountain Kingdom is set to release this coming June, but for now, listen to “Eyes Closed” and “Now or Never” right here: