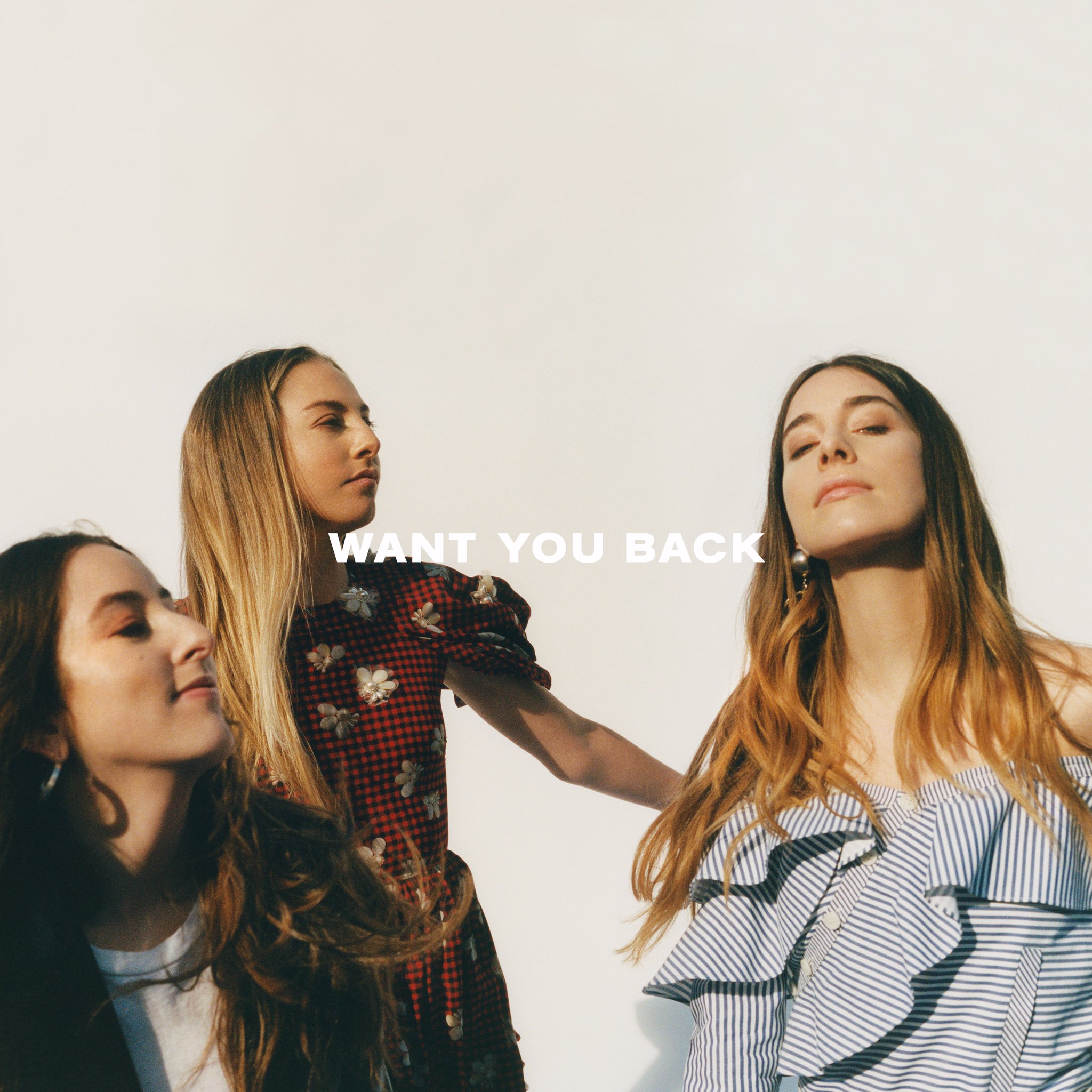 Fans of Haim have been anxiously awaiting new music ever since the band’s last release, “Meltdown” in November 2014. The band’s second album has been under work ever since October 2014, and with each passing year the fans are anticipating new music more and more. Recently, the band came out of their hiatus and notified fans via Twitter that their second album, Something To Tell You would be released on July 7th, 2017. Within the past two weeks we’ve also been gifted with two songs from the album, “Right Now (Live)” and “Want You Back”.

Haim is coming back with a bang, making the time we have waited for their new music worthwhile. Is the album going to be worth all the hype? “Want You Back” helps us solve this dilemma and gives us a slight look into what Something To Tell You might be like.

With high hopes, I listened to “Want You Back” and I was impressed. The start of the song is a little slow, but this slow start captured my attention. It reminded me of the kind of song you hear at the end of a movie, with the purpose being to close the film on a happy and inspirational note. I also noted that the funky pop tune “Want You Back” is different from the band’s past releases, showing that the sisters have developed their musical style.

As I reached the chorus, I was compelled to get up and dance. From the start I could tell that the song was building up to the catchy chorus, building up excitement. It reminded me of Lady Gaga’s song “Gypsy”, since the song similarly starts off slowly and leads up to the chorus where there’s an explosion of an upbeat rhythm. The rhythm isn’t the only thing I loved about the chorus, as I also was captivated by the carefully crafted lyrics. They were still catchy enough to get stuck in my head, but also were deep and had meaning.

The third and fourth verses repeat this build up to the chorus and then lead into the bridge. If the verses hadn’t already built up excitement inside you, the bridge most definitely did. The clapping and beat of the drums makes it almost irresistible to dance and clap along. Alana Haim’s rhythmic repetition of “Just know that I want you back,” introduce the final chorus and end of the song. The fact that the song ends slow and fades out fast, like how it started, is a great sonic touch.

In conclusion, Haim made a powerful comeback with “Want You Back”. Its sensational rhythm and deep lyrics made me want to call up my ex and dance. The song distinguished itself from not only other Haim songs but also from other pop songs by not conforming to the typical pop style lyrics that have little depth and are only made to be heard on the radio.

I’ve officially marked July 7th on my calendar and I’m counting down the days for the new album. Something To Tell You is going to be a great album and I can’t wait to hear it. It’s clear that the time the band has spent working on the album has been worthwhile and will reward faithful fans. Until then, I’ll definitely have “Want You Back” playing on repeat!

Listen to “Want You Back”: