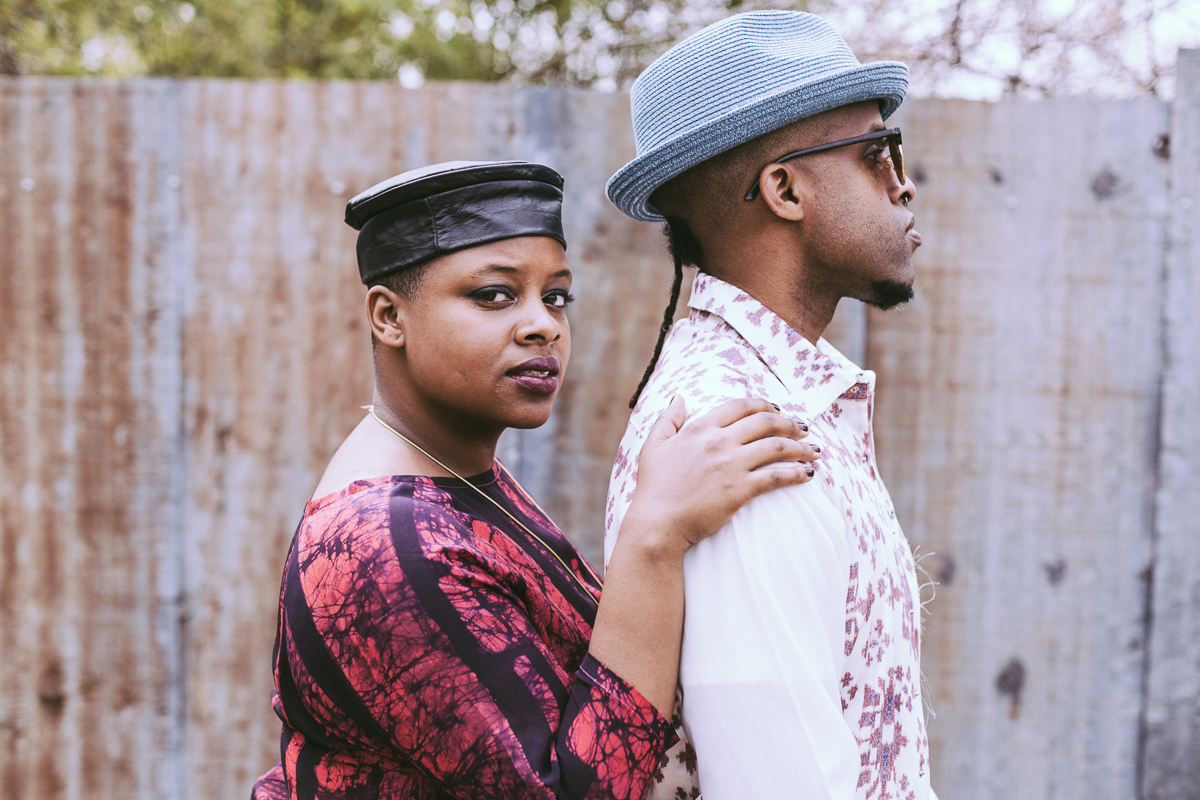 1. What inspired you to name your musical act ‘Riders against the Storm?’

There is a powerful group of women known as “Sweet Honey in the Rock” founded by Bernice Johnson Reagan. They have a song called “Ella’s Song” which is a tribute to Ella Baker.  They pulled words from one of her speeches, and one of the lines talks about passing the torch to young who will ‘run against the storm.’  Chaka altered it to “Ride” for a few different reasons. Ultimately, what our name is saying is yes, we won’t let the fire go out. We are going to party, and live, and strive, forever. We are going to do the work to come into our fullest selves.

2. You just released a new single – “Mali.” Describe what the song means to each of you personally and what the word ‘Mali’ represents.
Mali is a play on Molly, the party pill.  It’s a nod to one of the most powerful empires in history of this planet.  Nothing synthetic can activate the level of power that each of us are born with, but it’s hard to ‘tap in,’ so we find ways to ‘tap out,’ or escape.  Our song is about not getting played, finding your inner strength, and rocking strong with that whever you go.

3. “Mali” also has a video. Tell us a little bit at the concept behind it.
The video takes place place in 3 realms: the two separate worlds of the dancers (Jaylin Lane and Sade Jones), and the realm of the the spirits (Chaka & Qi Dada). The too dancers are held captive in American slavery torture positions. These tactics were used in many ways to force individuals into a form of spiritual death.  We play spirits that one has to call on to bring souls from the brink of death. It’s about re-coding those traumas in our DNA, and operating from new sets of information. It’s about not changing the images given, but changing the way we identify with them.

4. You hail from Austin, Texas and recently played at SXSW.  How was that experience for you?
SXSW was great for us!  The swarm of energy that takes over the city every year is inspiring. Our biggest highlight was opening for members of the original (Prince and the) Revolution band in front of more than 10,000 people at Auditorium Shores in downtown Austin. Wyclef Jean was a part of the band as well.  Being able to honor Prince in a historic moment like that blew our minds.  Coincidentally, a few weeks later, we dropped our single ‘Mali’ on the anniversary of his death.

5. It’s rare that a husband and a wife work together as a duo act in the musical industry.  Do you feel like this gives you an advantage when creating music together?
Being married is an advantage.  Period. Being able to make music together is a huge bonus. We’re both relentless artists, so producing work is never ending. Even if it isn’t always music. The best part about it is being able to know where the other is going. Being that in tune allows a potency that can be felt.
Listen to “Mali” on Spotify & iTunes
Watch the video for “Mali” here: