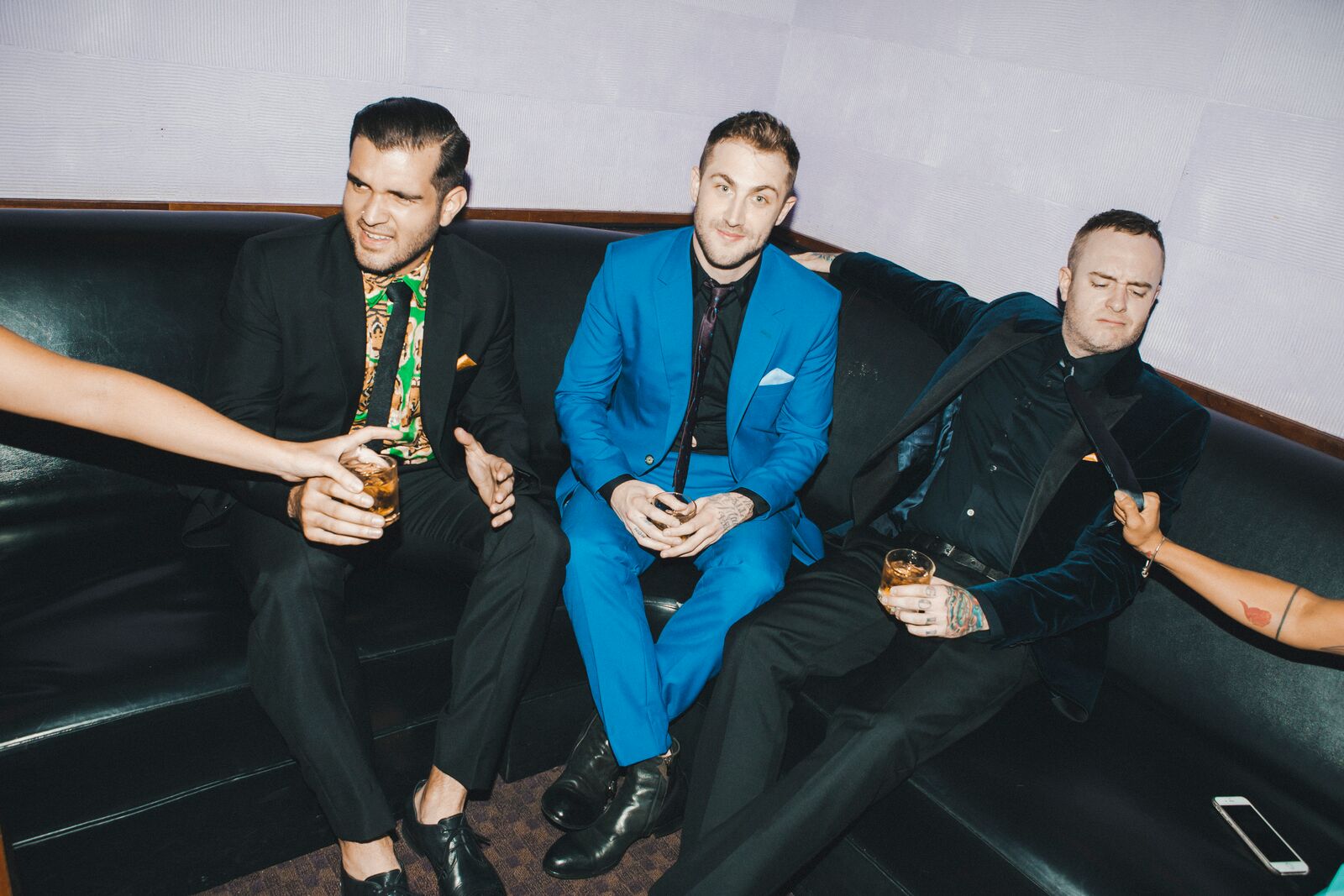 Soundigest got the opportunity to interview Hundred Handed recently on behalf of the release of their new single “Miss California.”  Hundred Handed is a Los Angeles, California based pop rock band consisting of Jordan McGraw, Matt Black, and Drew Langan. Their music is heavily influenced by “Blink-182, Daft Punk, Tina Turner, Michael Jackson, Earth Wind & Fire, and anything else with a good vibe.”  Check out our interview with them below and stay updated with them at http://www.hundredhanded.com!

1. You’re all from Los Angeles, California and just released a new single “Miss California.” Tell us a bit about the inspiration behind that song.

You kind of already answered it: Being from California! We’re on the road a lot so we get to see and experience different cities, countries, different cultures… it’s an amazing job perk. At the end of the day, though, we never get the feeling we get in California. It’s home. Also, the right number of syllables for the song.

2. Drew and Jordan, both of you were in the band Stars In Stereo prior to Hundred Handed. What was it like transitioning from that band to this one?
We were having a blast being in front of people every night and making them have fun but there just wasn’t the right kind of passion behind it. We wanted to be doing something we backed 100% with people that we love… family. So we asked our best good friend Matthew Daniel Black to join the family, locked ourselves in a room listening to each other’s influences and this is the sound we came out with. Hundred Handed is all about having fun and letting our fans and friends have fun with us!  We treat this band with the excitement of our very first bands.

3. The majority of your music is feel-good and energetic. Do you prefer creating “pump-up” music or music that gets you thinking?

We prefer being happy. Whatever gets your rocks off in a given situation… put it on repeat. Now Playing: The Strike – Atom Bomb.

4. Talk to us about what happens during your songwriting process.  Do you all sit down together to write? What comes first, the melody or the lyrics? Or is it different every time?
First comes booze. Then jokes. Then foosball. Then whatever comes out first. Lately it’s been lyrics or melody first then a quick hashing out the general structure in our rehearsal space.

5. You recently toured in Australia!  Tell us a little bit about the experience of playing shows “down under.”

6. …Like It’s Saturday was your first EP that you released last year.  Do you have plans to release another EP this year, or a full-length album containing some of the singles you’ve dropped so far like “Vibe,” “Celebrate” and “Miss California?”

There will be a steady flow of music for sure! We love writing new songs and we’re far too impatient to keep them tucked away.

7. You released your debut single “Love Me Like The Weekend” back in 2015.  How has the band evolved musically and cohesively since then?
We loved that starting point but for us it’s always about growing and learning more about our sound. That and it kind of sounded like “we stop washing cocks” in LMLTW’s pre chorus.
8. If you were trying to convince someone to check out Hundred Handed’s music, how would you market yourselves to that person?
Give em a shot of jack and shoot confetti in their face… then hand ’em a cd.
9. Do you have any upcoming shows that fans can look forward to this year?
Hell ya! We are putting together the summer schedule now. You’ll have to follow us and find out!
10. Would you like to add anything else we haven’t touched on?
Powder is an underrated movie.
Check out the lyric video for “Miss California” below: