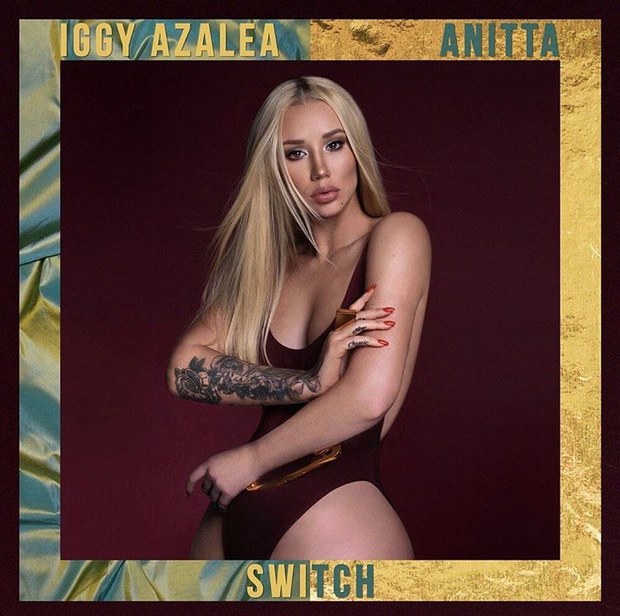 Iggy Azalea seemed to blow up just as fast as she was forgotten. She has been unable to bounce back after her 2015 release of “Pretty Girls” featuring Britney Spears. The singer hasn’t released an album since 2014 and has had difficulty remaining relevant. Though she released a song in 2016 called “Team”, it did not receive as much attention as she probably would have hoped. Her history of racist and homophobic tweets caused many to stop listening to her music and is likely a reason why she’s been in hiatus.

In the past week, Iggy Azalea released the cover art of her new single “Switch” which will be released on May 19th. After her last single flopped, it made us wonder whether or not this single is going to help redeem her.

For Iggy to regain the fame she had back in 2014, “Switch” is going to have to do incredibly well on the charts. Iggy reached the height of her fame when she released “Fancy”, which was destined to be a hit with its catchy tune. “Switch” needs to beat out some of her more famous singles like “Black Widow” or “Beg For It”. Something that these hit singles all have in common is that they all have someone else featured on the track. Luckily, “Switch” is featuring Anitta, a Brazilian pop star, who can add a vibe to the song. Hopefully “Switch” can follow in the footsteps of these hits with other featured stars.

Judging from the style of “Mo Bounce”, “Switch” is going to have an electronic and hip hop style sound. While the tune of “Mo Bounce” was ample, the lyrics were lacking and that might be what ultimately led to the single’s flop. Lyrics have never really been Iggy’s strong suit, considering in her song “D.R.U.G.S.”, she referred to herself as a “runaway slave owner”. This was something that happened years ago and she has since apologized, but many refuse to let it go. For people to forgive her, I think Iggy needs to come out with a song that has phenomenal lyrics. These will help let people know that she really has been reinvented and distinguish her old and new music. If she simply comes out with something that’s extremely similar to her other work, it won’t have any special value.

The most promising thing about the single is the cover, in which Iggy is wearing a sleek dark red bodysuit. The color scheme and style of the cover is resplendent but the problem with it is that Anitta isn’t on the cover. Her name appears in the top corner but Iggy’s glamorous look takes away from it. It’s pretty hard to tell from the cover that someone else is even featured on the song. Despite this fact, the cover is pretty impressive and pleasing to the eye.

With all of these factors in mind, I really hope that “Switch” can help redeem Iggy and better her name. At one point, her music was really enjoyable and full of potential. If the single doesn’t do well then we can predict that her album will flop. If that does end up happening, I doubt that in the future much will change for Iggy’s fame. Make sure you listen to “Switch” when it comes out on May 19th, and see Iggy either flop or fly.