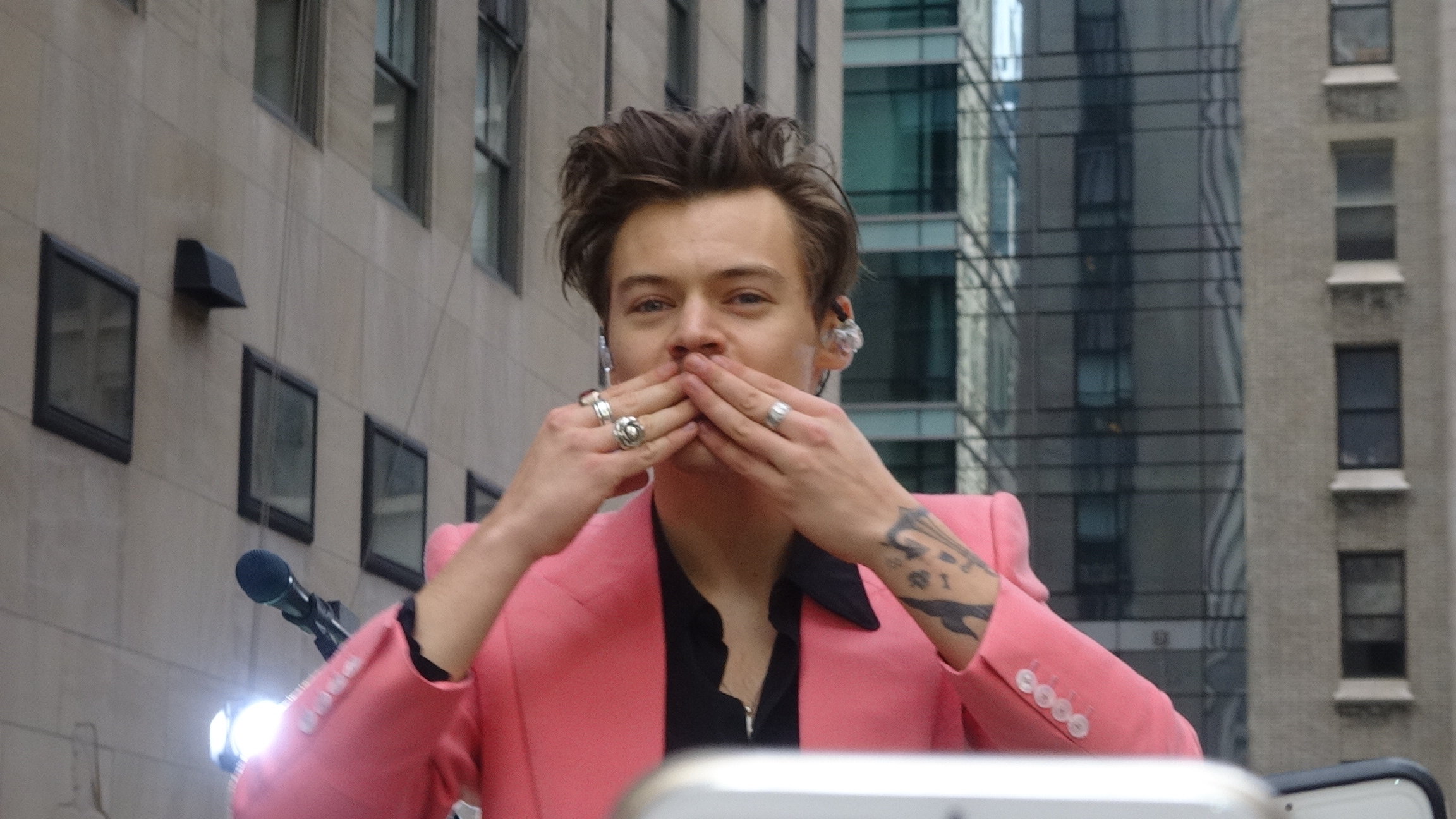 On Tuesday May 9th, Harry Styles hit the Rockefeller Plaza In New York City for a performance on The Today Show to promote his new self-titled solo album, Harry Styles. Fellow Soundigest writer, Amanda Larrison and I hit the New York City streets to camp out for the show, hoping for the chance to be up close and personal with one of the most talked about people in the music industry.

We arrived in New York on Sunday May 7th , and we ended up being two of the first ten people in line. We couldn’t believe it! The weather was cold and very windy and we only had a couple blankets and pillows. On top of that, the amount of sleep we got that night was slim to none. When we woke up that morning at around 6 A.M., only three more people showed up in line, which is actually really surprising considering fans started lining up a week in advance for One Direction. Throughout the day, however, more fans started lining up and the line began to wrap around the block. The weather continued to get colder and windier but luckily there was no rain.

At around 8 P.M. the line started to get extremely long. We are all waiting patiently for the morning. At 9 we saw a guy walk past the barricade with tons of boxes of pizza and cases of water. He walked into a building and was in there for around twenty minutes.  We were all wondering what was going on and began to get very anxious. Minutes later, the man came over with the trays of pizza and water and told us that Harry bought this for us to eat since we had been camping outside for so long. Of course, my first instinct was to freak out because who else can say that Harry Styles bought them pizza?!

At around midnight a show crew member  started to set up Harry’s stage. The stage was very small and it seemed like it was going to be a very intimate performance. We tried to get more sleep because at 5:30 A.M. we were going to be allowed into the plaza. VIP and those with fan passes had first entry into the concert, so we had to wait patiently for our turn. From what I saw, it looked like we weren’t going to be anywhere close to the stage. We started getting really nervous because at that point we had thought we camped out for nothing. While fan passes and VIP were still getting let in, a security guard came over to our barricade looking like he was going to start letting us in. I told him that we have been here since Sunday and he asked what people have been here that long. There were about fifteen of us,  and he took us into the VIP section! We all started freaking out. We were about five feet away from the stage and we honestly couldn’t even process it.

Before any live televised performance they have to do soundcheck, so Harry’s band came out for about fifteen minutes and rehearsed some songs without him. Then all of a sudden they called Harry out and the crowd went wild. He started off with ‘Ever Since New York,’ the first song we have seen him use a guitar for. The next song  was ‘Carolina’ and this was the first time that anybody ever heard it (like, ever). The last song that was broadcasted on T.V was ‘Sign of The Times,’ which I’m sure almost everyone knows by now. To be completely honest it sounded so much better live, as his vocals are second to none.

The one song that wasn’t broadcasted on television that he played live that day was One Direction’s song, ‘Stockholm Syndrome.’ Harry wrote it four years ago and decided that he wanted to give the fans a treat by performing it solo. As soon as everyone heard the beat of the song we all started freaking out. The energy in Rockefeller Plaza was indescribable. Even though it was a very long and tiring process, I am glad to say that  it was absolutely worth it. I made great friends and the experience was one I’ll never forget.