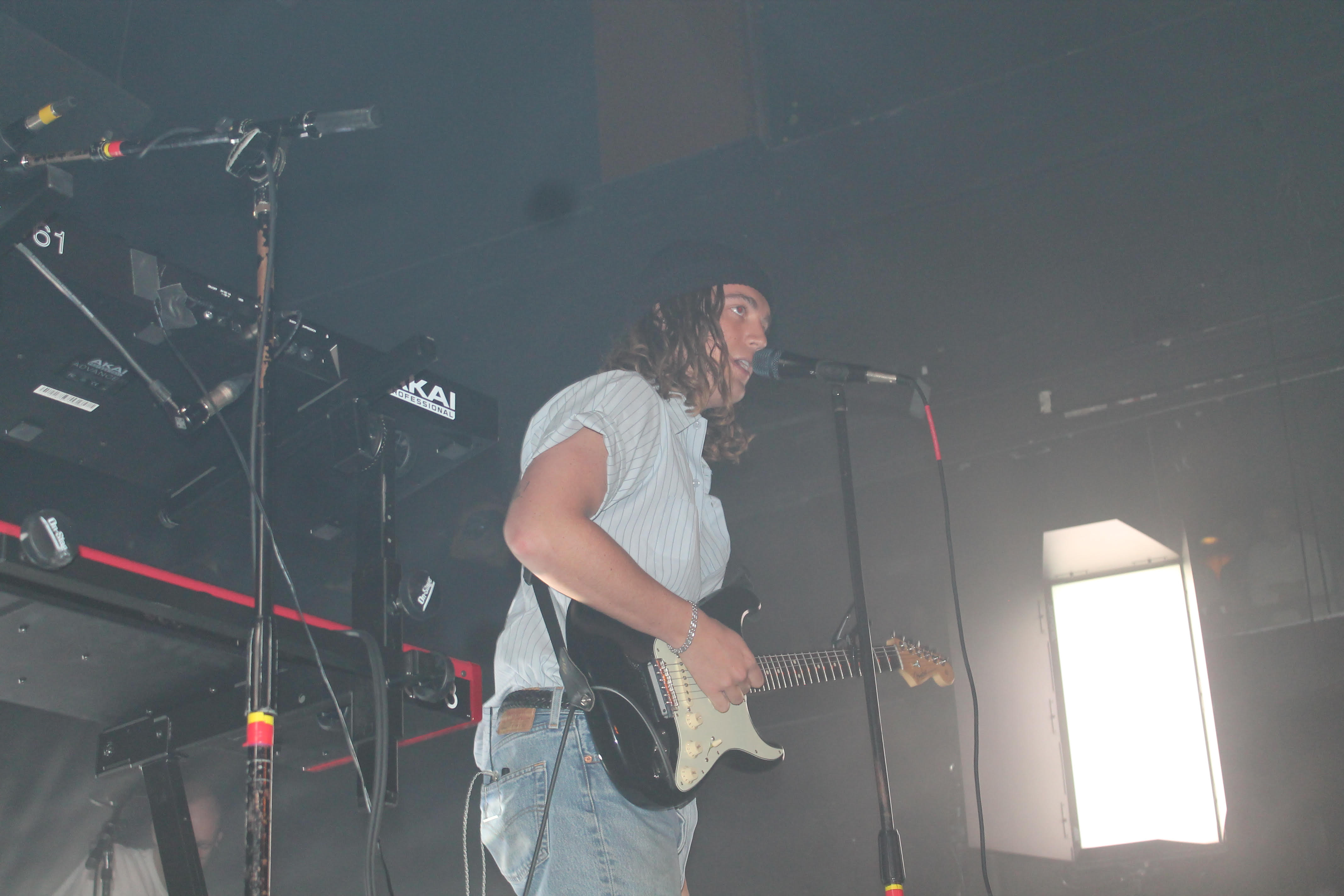 If they haven’t yet made it onto your Spotify playlist, allow me to introduce you to the three boys of the California indie band, LANY. Trust me… be the cool one and tell your friends about them before they hear about them from someone else (you’ll thank me later). Lead singer Paul Klein, guitarist Les Priest and drummer Jake Goss have been continuously touring since forming back in 2014. The LANY Tour: Part 1 kicked off in Sydney, Australia in late February, then went on to Europe, and finally to smaller, less traditional cities in the States. Their tour was only shortly interrupted by opening for John Mayer on several dates of his Search For Everything Tour, which for them was a dream come true.

The newly announced tour dates for the second half of tour, happening this fall, rectifies their lack of major city stops on the first half. Fans fled to the closest gig from New York City and Philadelphia, which was none other than Lancaster, Pennsylvania. The unique fashion sense of fans, surely inspired by the bands cool aesthetic, stood out from the locals in the Amish Country. The dedication of their fanbase filled the comfortable room of the Chameleon Club, which stacked three levels. The trio takes pride in their primarily female fanbase by defending their interests in interviews and applying it to their brand and merchandise. A green sweatshirt reading “FEMALE FANBASE” on the front and “LANY” on the back inside a female gender symbol was a hit at the merch table. The venue was filled with fans of all genders, races and ages. The coolest guy in the room was definitely the 60-something-year-old man rocking the red checkered LANY T-shirt.

Before the show started I was watching strangers quickly become friends as they waited for the band to appear on stage. I suddenly felt as though I was 16-years-old again, watching fans interact the exact same way I met some of my own lifelong best friends. I caught myself listening in on many conversations about Paul’s Instagram, or bragging about the amount of hours they traveled to be at the show. A special band LANY is, as they create more than just music. LANY is a band that makes people fall in love with more than just love. The boys give their fans relationships, memories, and the best Instagram post of the year with their stunning stage visuals.

Pure excitement filled the the room as fans, some who camped on the streets, proudly began to chant “LANY,” demanding them on stage. The band opened with “Yea Babe, No Way” off their EP Kinda, but they were challenged by the fans singing the words back louder than the speakers. IPhones and Bouquets of flowers were lifted in the air giving them the warmest welcome. The excitement remained throughout their set as the lighting gave an accompanying aurora to each song. Roses landed on stage making the already effortlessly cool group even cooler. Paul, the lead singer, switched between guitar and keyboards throughout the night. The setlist included new songs off of their debut album, LANY, which fans have somehow already memorized the words to.

I have personally traveled as far as Dover, Delaware to Birmingham, England to see the group play over the last two years. I can say from experience that each location creates a different vibe. The band has power to captivate the entire audience including the friends who were dragged along despite their skepticism. The endings of each gig remains the same with their most popular tune, “ILYSB.” Paul stood on the barricade relying on fans to hold his weight as he held the microphone out letting them sing the chorus. Again, from experience, it’s always louder than the previous show.

Once the boys left the stage two men replaced their spotlight. Security rushed to claim them but one man got down on one knee and proposed to his boyfriend. They kissed and the crowd erupted. This is only further evidence of my claim that LANY creates love.

This guy just jumped on stage and proposed to his boyfriend at @thisisLANY pic.twitter.com/yqeIHQhwxW

The band is set to tour this fall with their debut album out in June. I highly recommend jumping on this bandwagon soon so that you too can say you’ve discovered LANY on your own. My advice? Keep a close eye on LANY. They’re about to be huge.